Here at Broad Street Cycles, we’re pretty into this whole Cyclocross thing. While we’ll ride anything from track bikes, road, and mountain bikes, Cross is the one kind of riding that draws out everyone in the shop. In an attempt to put some names to the spandex, we’re bringing you Rider Profiles: CX Edition! So far we’ve talked tea varietals with Aidan, and pestered a jet-lagged Andy with questions, and caught up with Felix during his Wednesday CX cool-down, and went long range on our short answer quiz with Parker in Quebec. This week we talk BSC’s multi-talented master mechanic 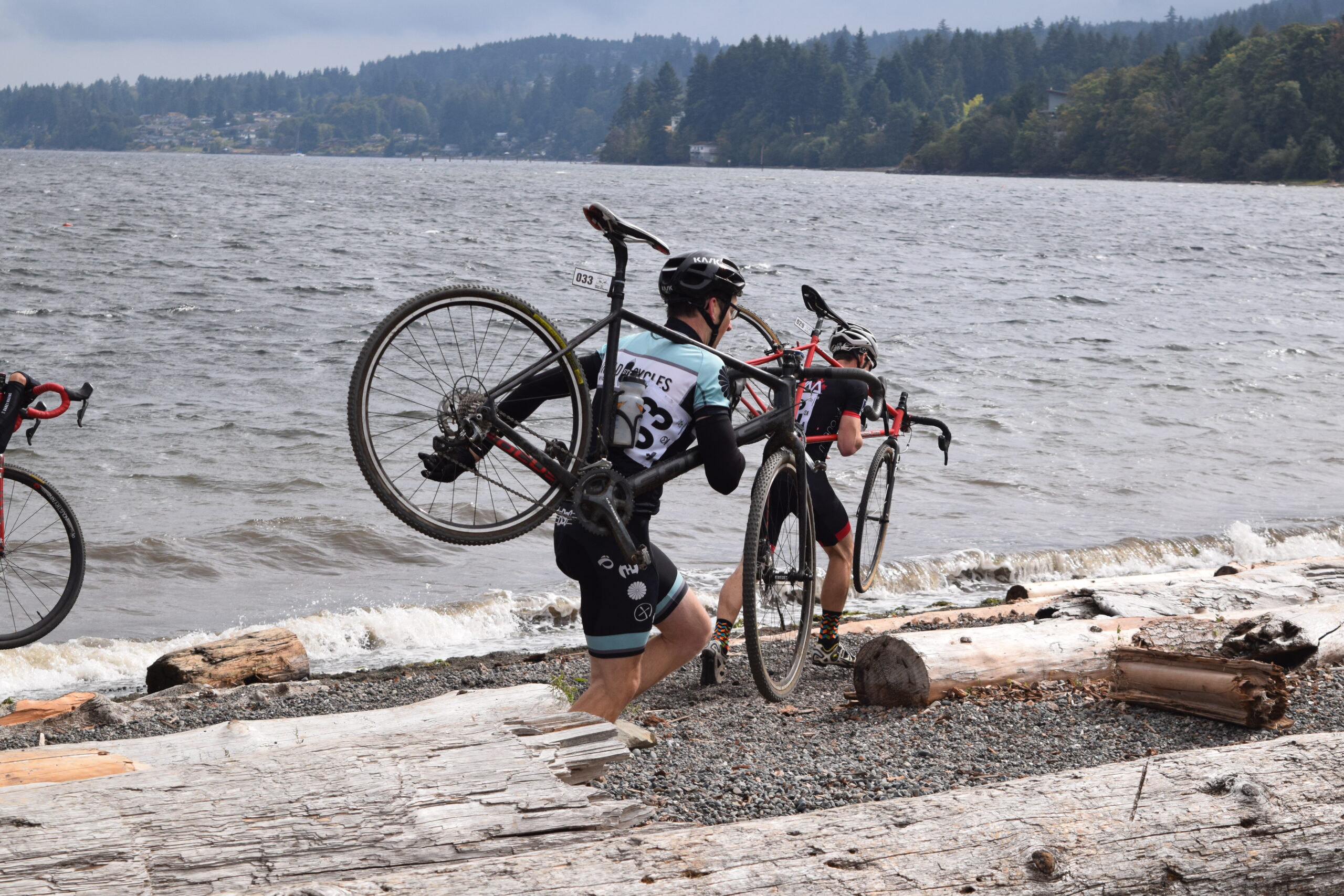 Matt is many things around BSC, from master mechanic to wheel builder supreme, as well as being a veritable encyclopaedia of obscure parts knowledge. He even does carbon repair and frame building, having made and raced his own cyclocross bikes in past years. Matt’s also the lead instructor of our Broad Street Cycles Cyclocross Skills Clinics, a craft he’s honed for more than a decade down in Portland. With decades of PDX cyclocross experience, Matt’s had a front row seat to the explosion of the West Coast CX scene, and even contributed his sewing skills to SSCXWC’s rising infamy. If you’ve ever seen Drew, Mical, or Wendy in a speedo, you’ve likely seen Matt’s golden handiwork. Matt returned to the SSCXWC gig when he moved to Victoria just on time to step right into the chaos of SSCXWC15Vic. We’ve talked to Matt before, leading into BSC’s Fixed Crit event this summer, but this time we’re focused exclusively on cyclocross. More or less… 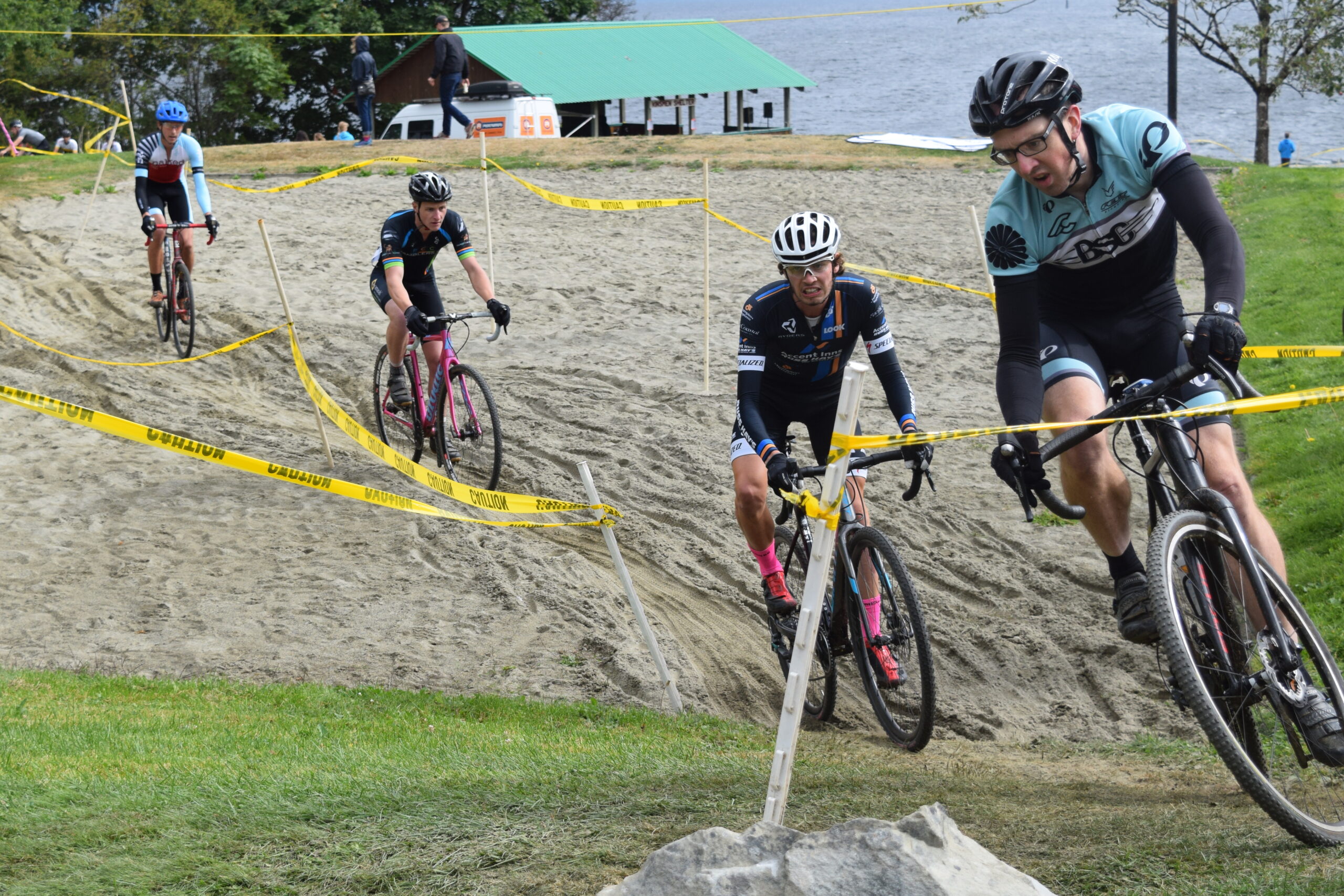 BSC: Who are you?

BSC: How many years have you raced cross?

MM: It’s the most fun cycling discipline and takes the least amount of training.

MM: Focus Mares with a cracked top tube that I fixed

BSC: This Simpsons or Rick and Morty?

MM: Tubular! Cross tubeless is like that “kind-of-a-friend” who promises “it’ll work this time for sure. Gimme another chance!”

MM: Ha! This is not a serious question.

MM: If I ever go on a winter holiday, probably to Belgium to see cross racing.

BSC: What’s playing through your headphones on the bike?

MM: Johnson Farm Cross Crusade in Oregon back in the day. We went out to the Farm the night before race day and had a big bonfire and beer and match raced garden carts down the hill. Then camped out. Then wore sweet Halloween costumes while racing. There were no limits out there. We were like gods.

MM: Orchestrating the crafting of 21 Tron-themed skinsuits with my team and throwing frisbees at people at the cross race.

MM: When they infilled much of the singletrack at South-Seatac with sand and I didn’t preride the course because “I knew it”. I got the hole-shot and dumped it in the first unexpected sand spot and the whole field ran me over. I flailed for the rest of the race then threw my bike. Not my best day.

BSC: Race result you’re most proud of / that means the most to you?

MM: The time I lapped the field in a crit with a couple guys, then got off the front again and put another 1/2 lap into everyone. That was a good one.

MM: “The self-sufficient life and how to live it” John Seymour

BSC: Cat in the Hat or Green Eggs and Ham or The Lorax?

MM: They’re all so good for different reasons. Don’t forget the Sneeches.

MM: Garbage water for sure.

MM: The real question is Where did the lighter fluid come from?

MM: Is this a who wins kind of question? I’d like to think a rider with instinct would know when a robot is going to attack. The instinct rider would then position him/herself next to the robot as it is about to stand up to attack and pull it’s shorts down and under the saddle. Similar to a hockey jersey over the head type of move. This puts the robot into a fatal error-mode loop.

All that is left is the victory salute.