After several years absence, we’re reviving fixed gear criterium racing in Victoria! Last seen revolving around Phillips Brewery in the 2012 Design District Crit, this year we’re crashing the party at Robert Cameron Law Cycling Series Sunday finale: Cycling BC Provincial Crit Championships on the Legislature Crit course. Before the big event, we’re profiling some riders and bikes that’ll be on course Sunday. After talking to Clay and Aidan, Parker, and Gillian, we tracked down the man behind Zed Wheel Works: Brad Head: 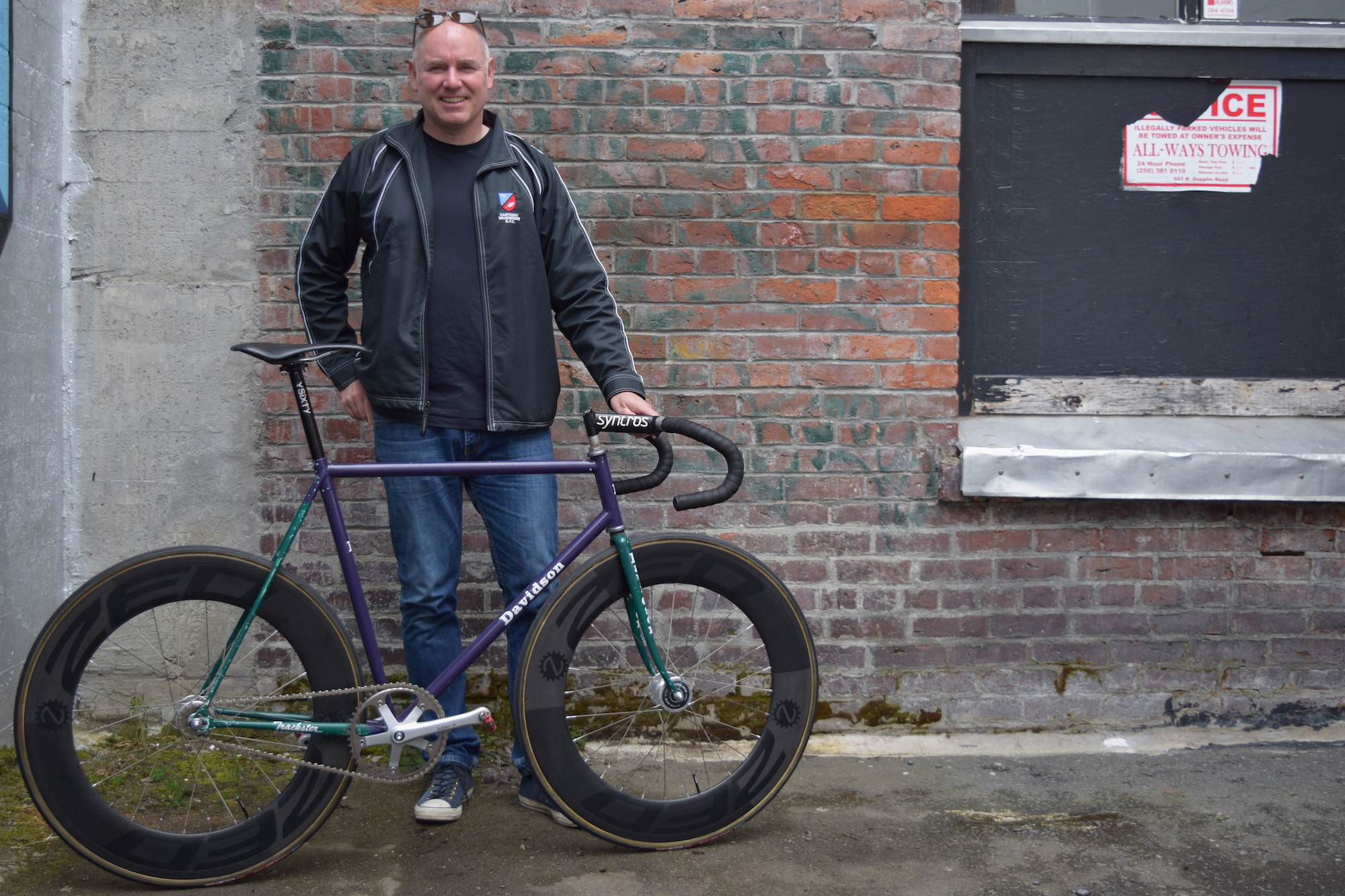 It’s Brad’s birthday on Sunday! What better way to celebrate your birthday than to potentially glimpse your own mortality street racing track bikes? (be safe out there everyone – those RHC crashes look  gross). While Brad has a real world job, he also races out at the Westshore Velodrome and builds awesome wheels for us (and others) as Zed Wheelworks.

Brad stopped by to answer our questions. What did we learn? Unless it’s on repeat, his warm up is exactly 4 minutes 58 seconds long. Or 38 minutes 10 seconds, if it’s the full album. Not being too sharp on the warm up thing, we’re not sure which option is the unreasonable one. Not being too sharp on the interview thing, we didn’t prepare follow up questions. While, when it comes to racing, Brad may be holding his cards so close to his chest he could wear them as a shirt, he’s much more willing to talk about that custom Davidson track bike. And fair enough, it’s been racing longer than Parker, Aidan, Clay. Combined. If the tapered walls of that steel tubing could talk ….  but more on that below. 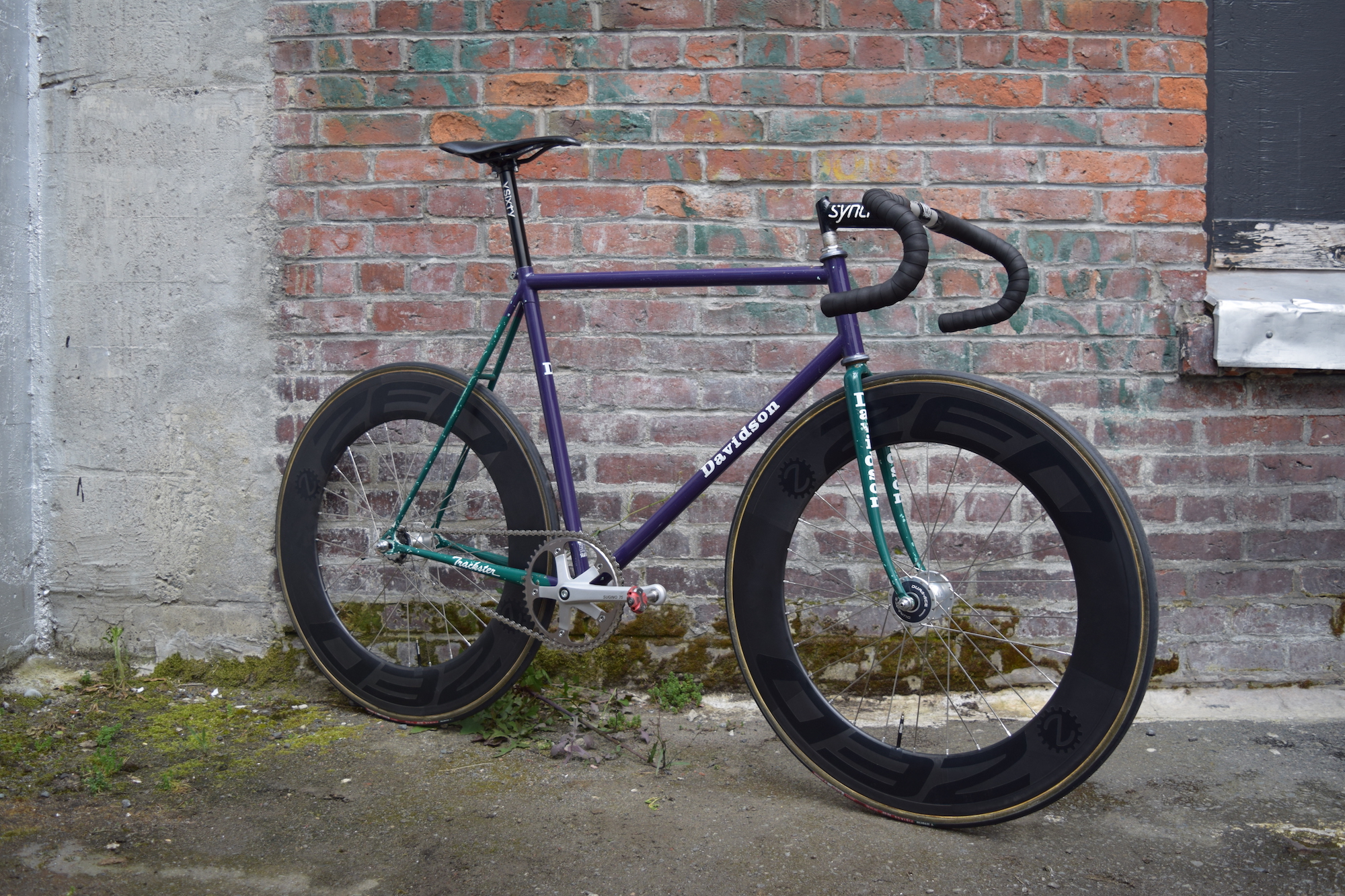 While Brad’s usual ride is a Felt TK1, on Sunday he’ll be racing a custom, hand built Davidson Trackster. Davidson is a long standing custom frame builder out of Seattle, run by Bill Davidson since 1973. Not custom built for him, but for Paul Henderson, who won it at a Track elimination series in the early 90’s. Paul’s brother Rodney Henderson raced the Davidson at Track National’s at Victoria Velodrome in 1993 (probably 1993?), leading up to the 1994 Commonwealth Games and stayed in the service all the way until 1999. Somewhere in there was a late-90’s Nationals where Rodney and the Davidson won a silver medal together. Rodney eventually passed it on to Brad and, with some minor updates, it’s ready for the road this Sunday. 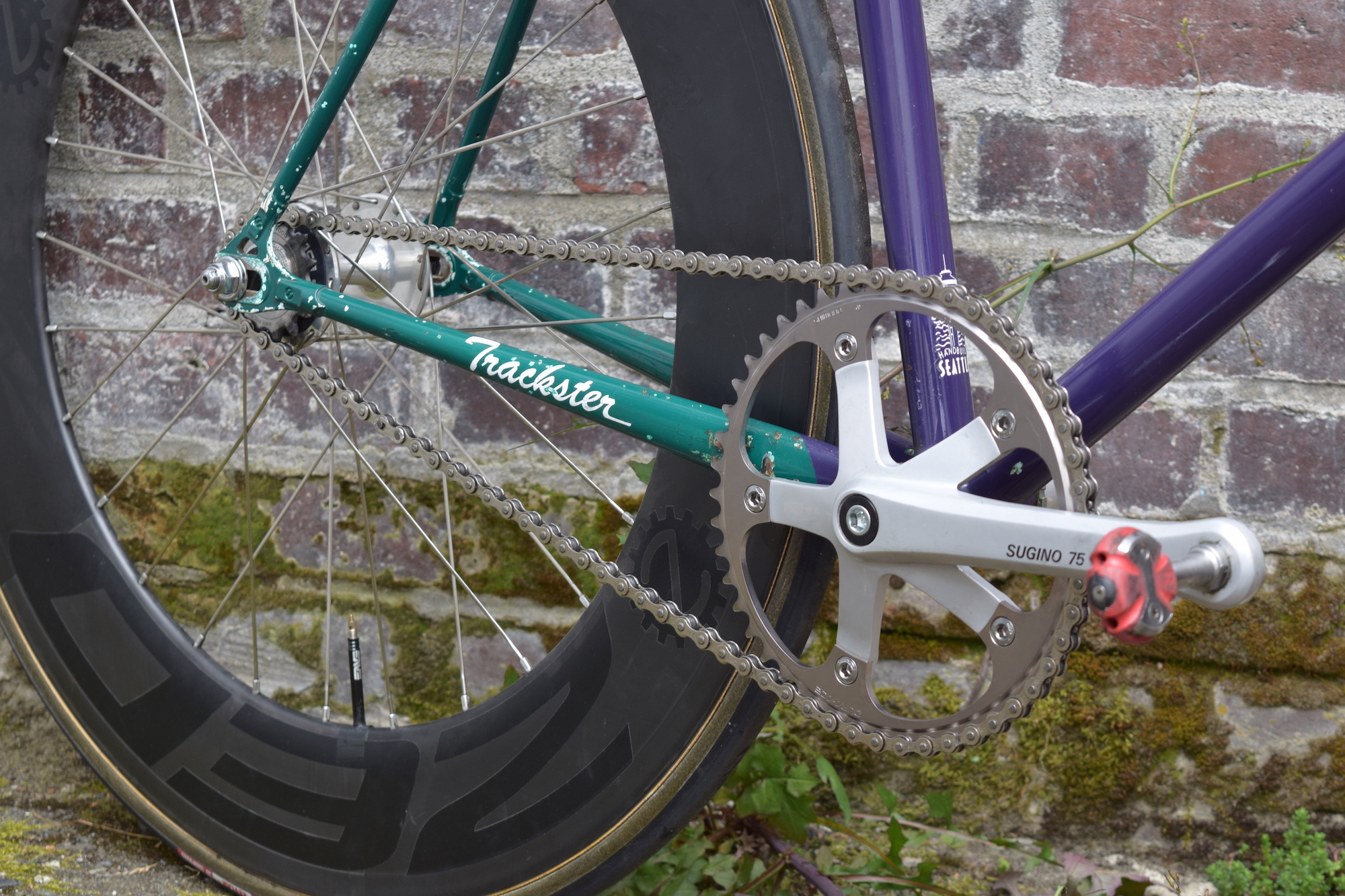 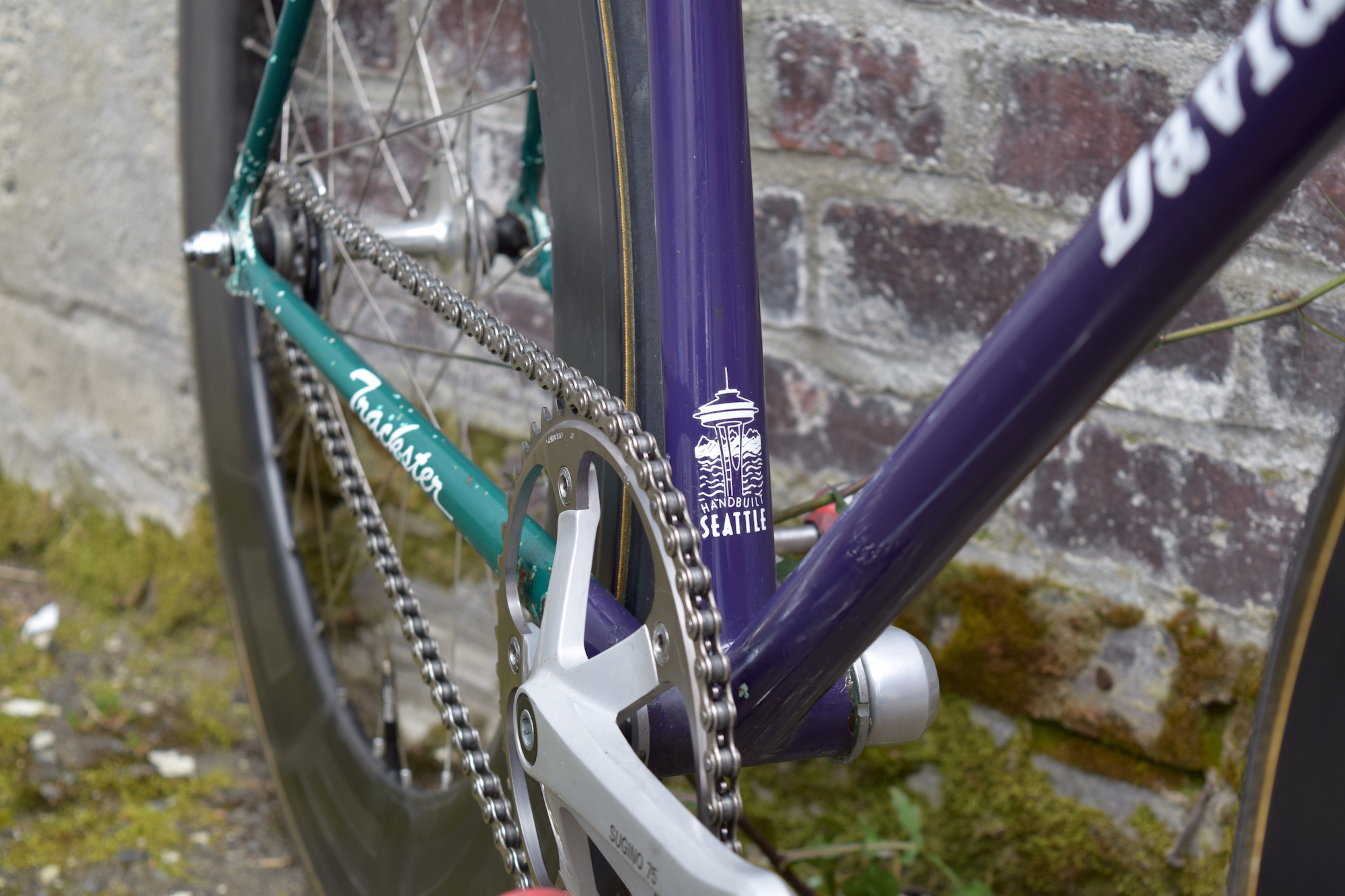 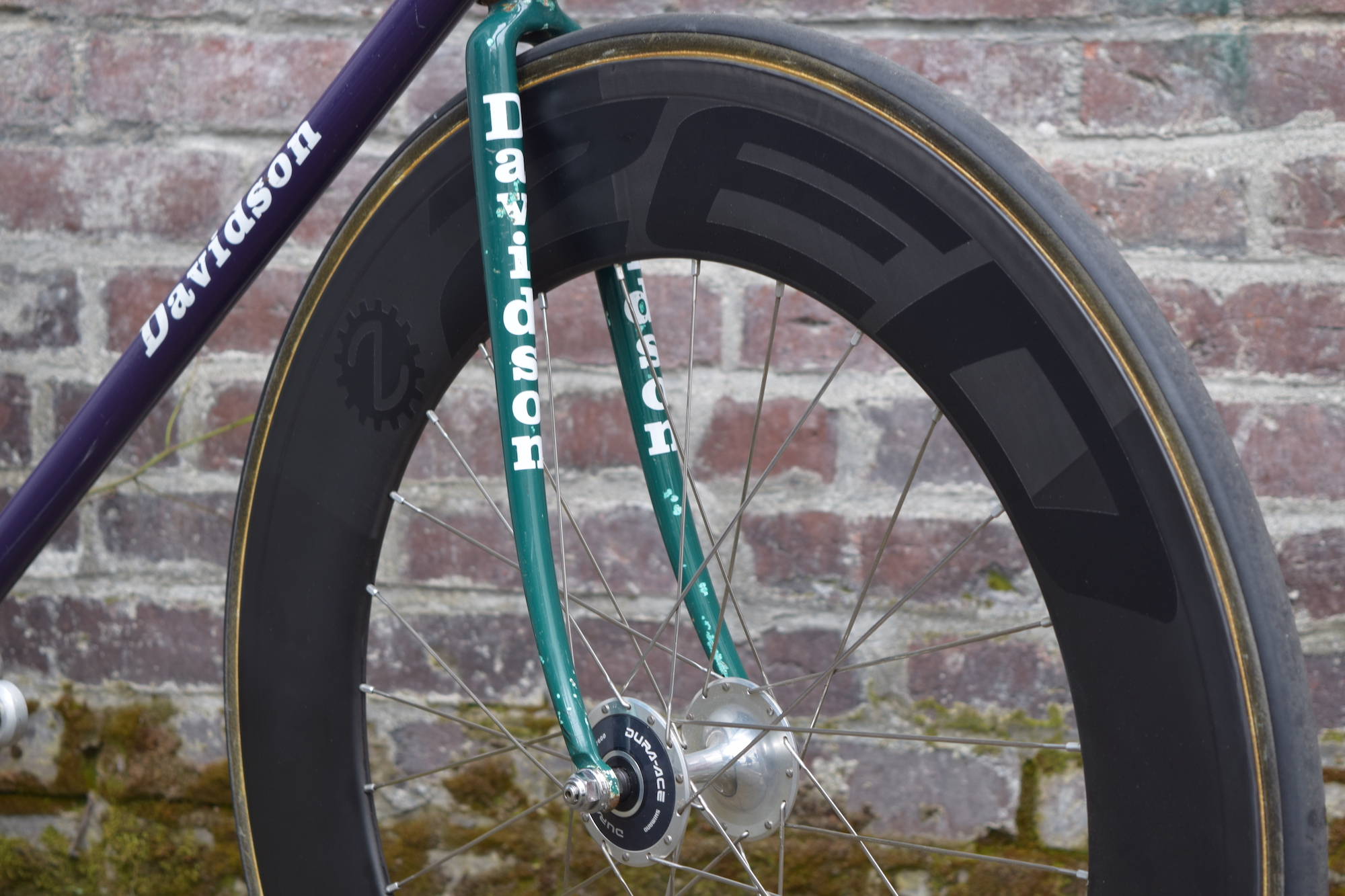 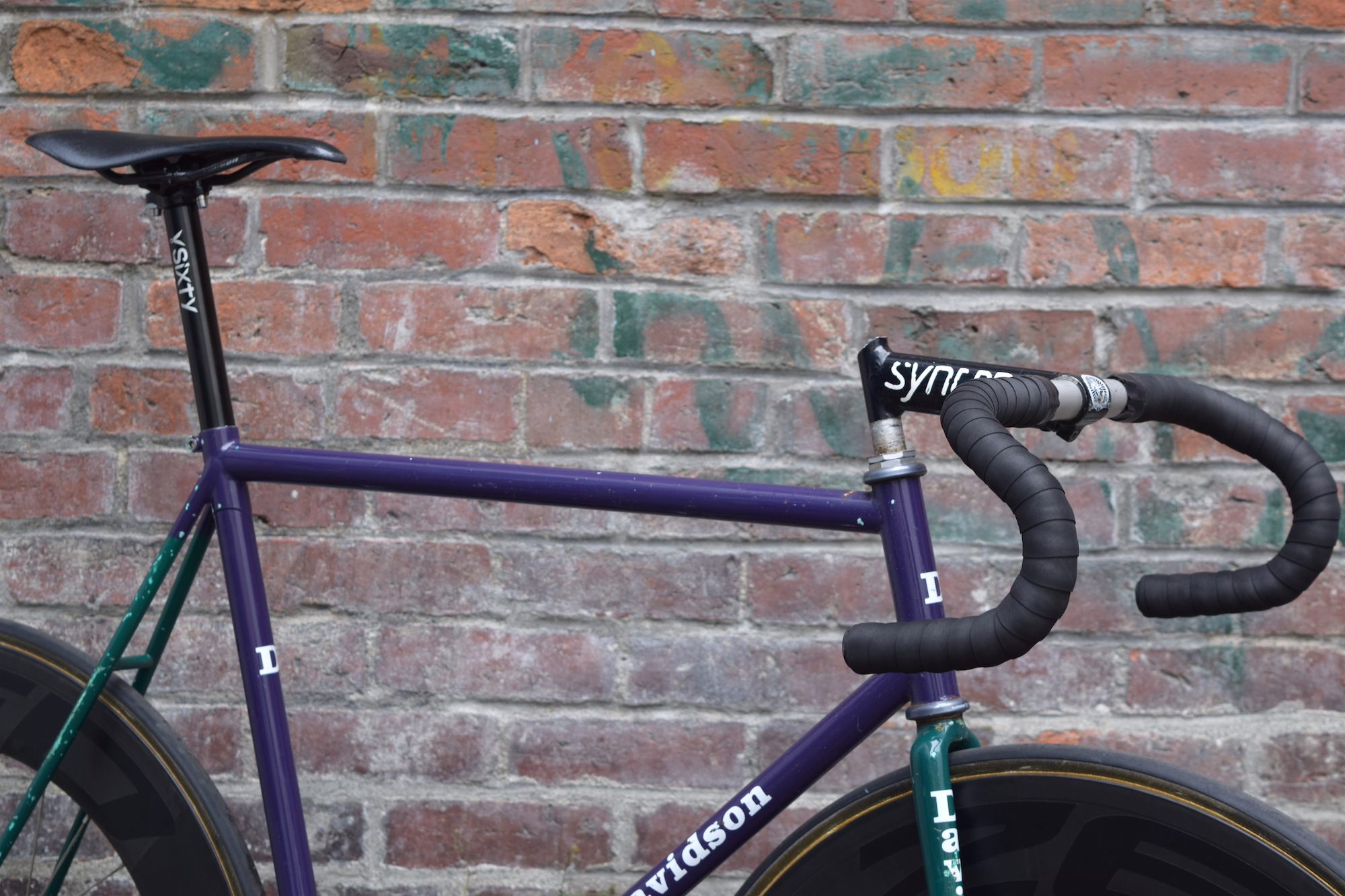