Paul just returned from Canadian Road Masters in Saint-Calixte, Quebec, where he nabbed an impressive top 15 finish. A result anyone would be happy with, but all the more impressive considering he was hit by a truck less than two weeks before the event. While Paul was lucky to come away in good enough shape to race, his bike was completely totaled. We put together this Bianchi Oltre XR1 at the last minute, including some minor alterations to accommodate Campagnolo’s Super Record EPS electronic shifting. With Paul back from Saint-calixte, we thought we’d borrow the Oltre to take a closer look. 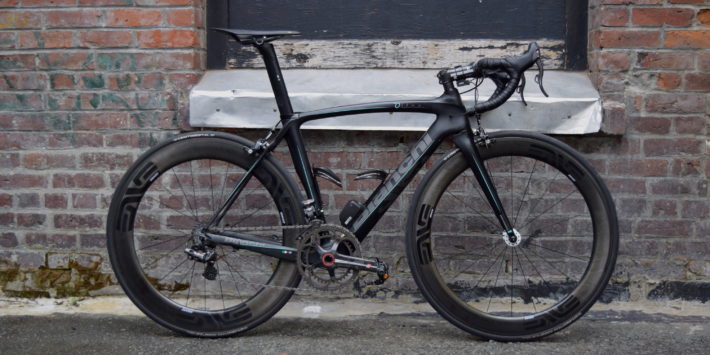 Paul has all sorts of awesome goodness going on with his Oltre. It’s hard to decide what we’re more excited about: the full Super Record EPS grouppo, or those ENVE hoops. Not that there’s really any weak points on this bike, head to tail this is one snappy looking build. So, let’s get into details the details.

Campy’s Record EPS is hiding more tricks than just the wires. Little details have been added to every part of the system to make it worthy of Capagnolo’s Super Record designation. The angular pattern of carbon weave catches the light any place it can, and several we thought it couldn’t, from the shift levers, the cranks, and throughout both front and rear derailleur. Even the EPS motor on the front derailleur is housed in carbon! 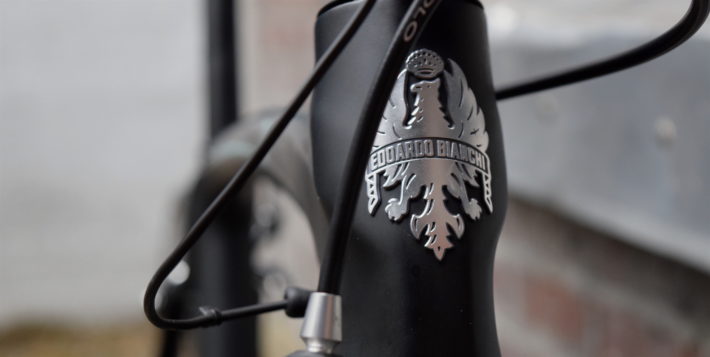 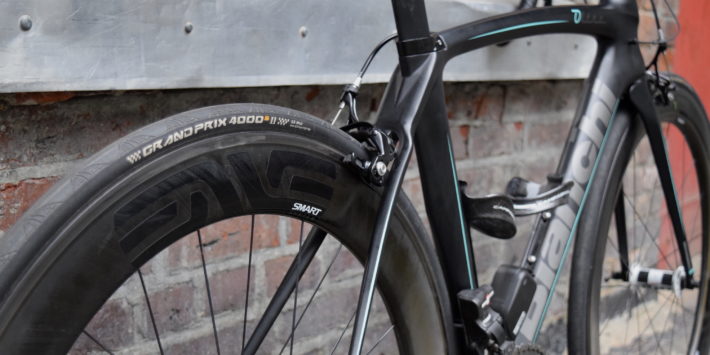 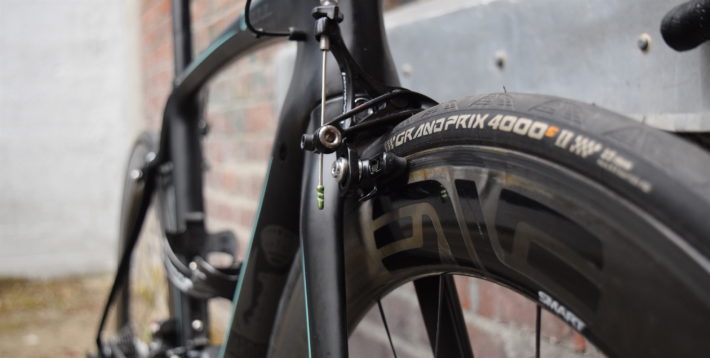 And slightly shorter 71mm height out front. Both designed around a 25mm tire 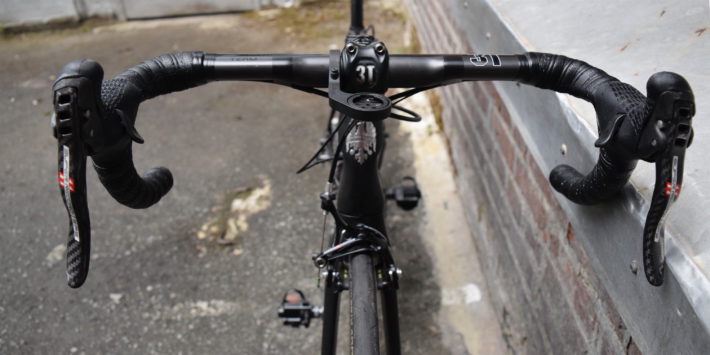 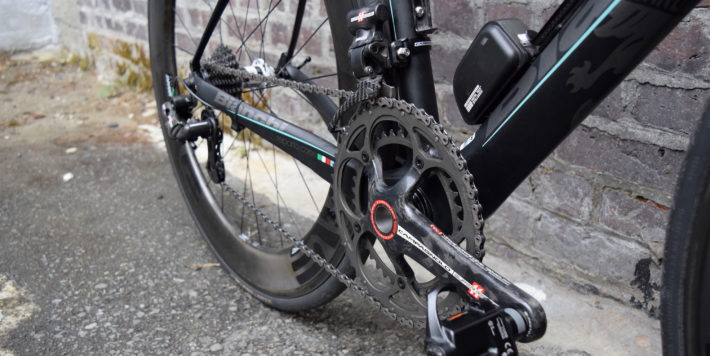 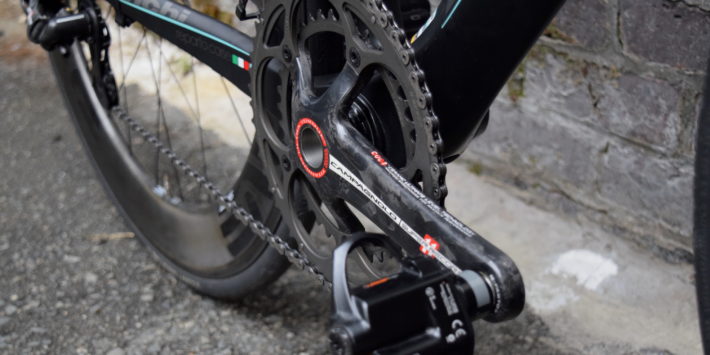 Not just the full carbon crank arm from Campagnolo for the Super Record, but a titanium axle too 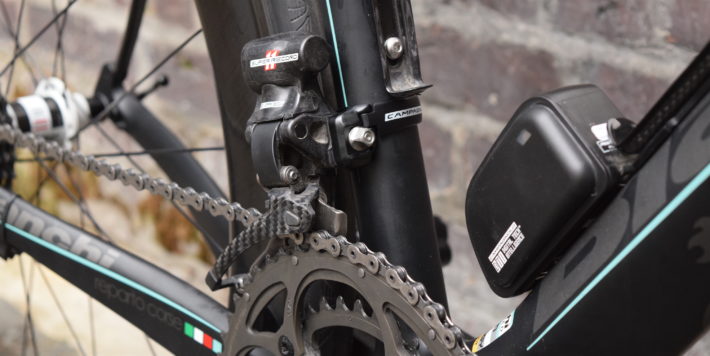 Even the front mech cage is half carbon, with an aluminum internal cage for strength 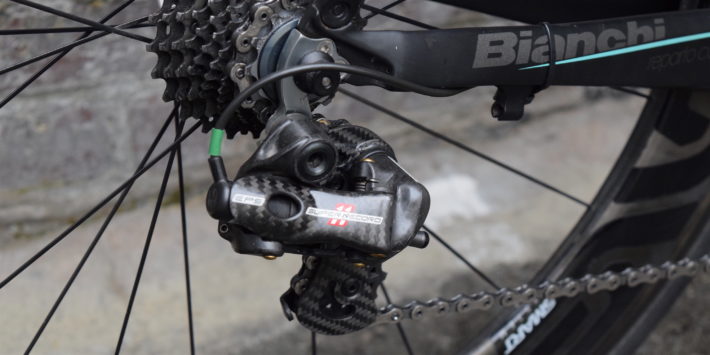 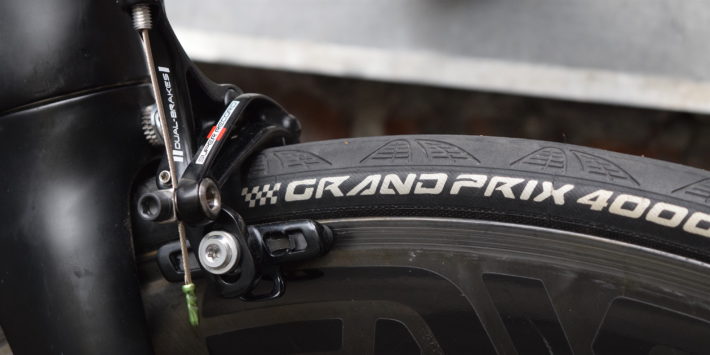 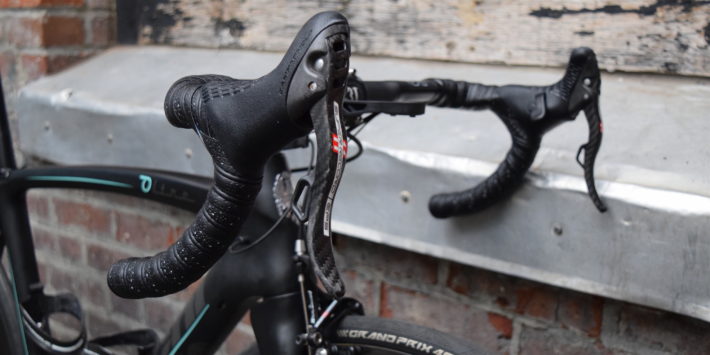 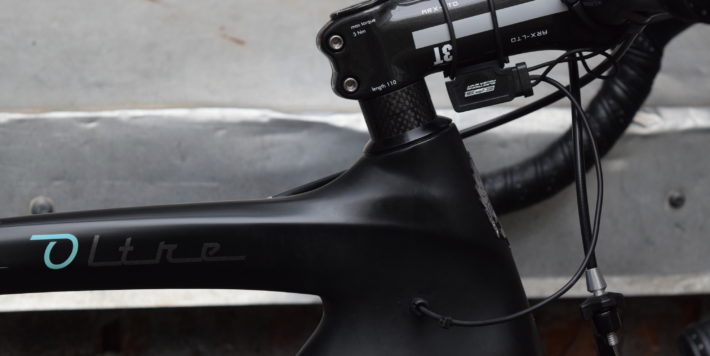 Campagnolo’s EPS unit tucked in under the stem there 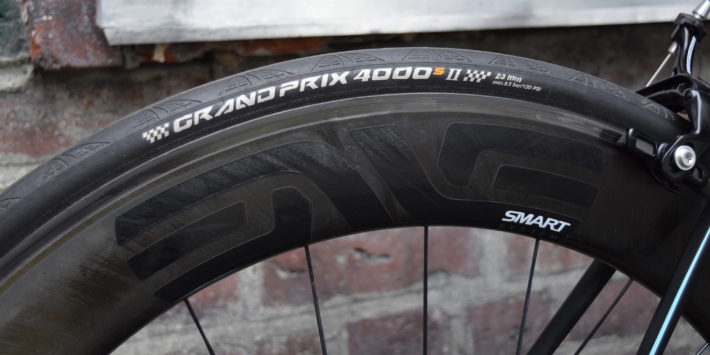 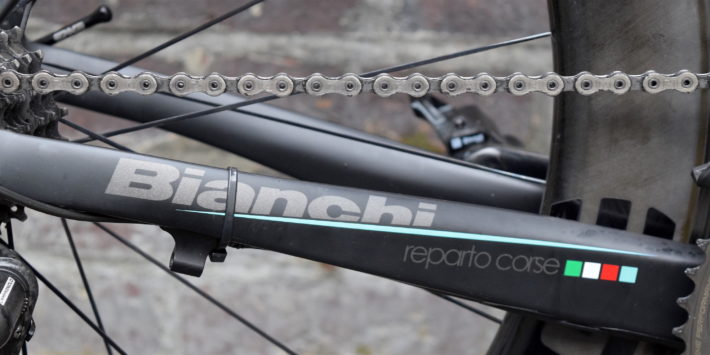 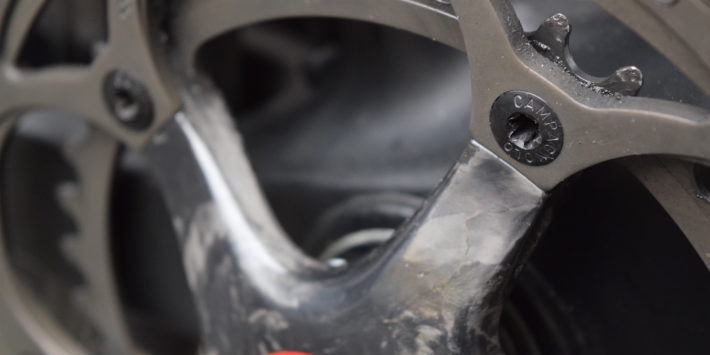 Campagnolo, down to the smallest details – like stamped chainring bolts 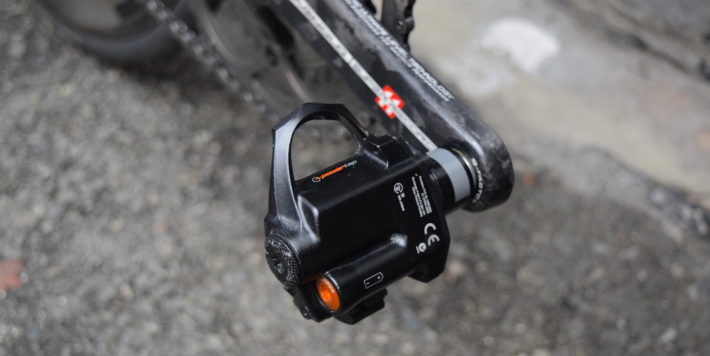 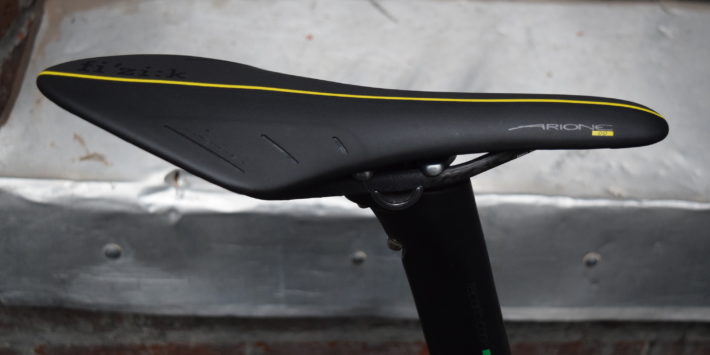 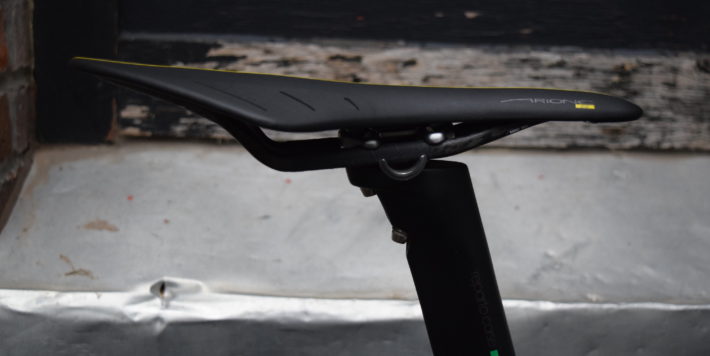 And sticks to the Oltre’s theme, with Fi:zi’k’s carbon rails 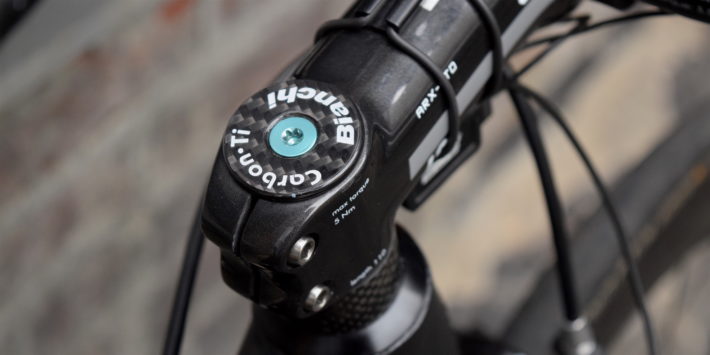 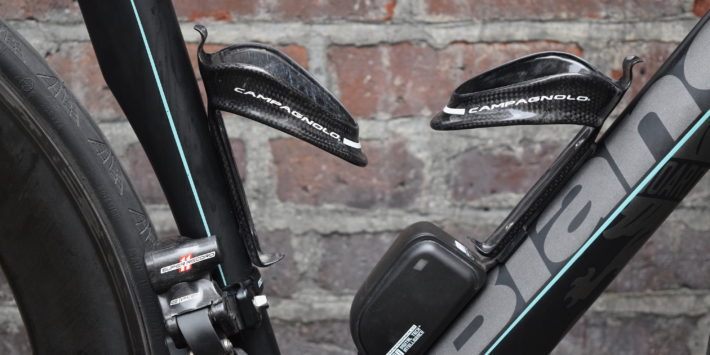 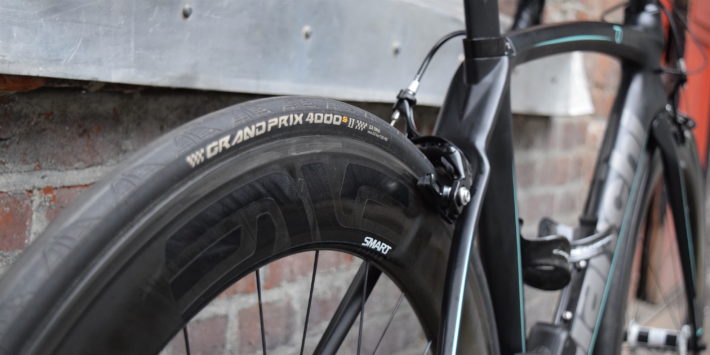