With all the flair you’d expect of a boutique Italian brand, Pinarello made their surprise release of the flagship, Dogma F10 earlier this year. Not only releasing the Sky influenced superbike on time to be raced at Tour Down Under, but with Fausto Pinarello brazenly proclaiming there were no plans, and no need for plans to produce a disc version of their latest race machine. Claiming the only riders who “are heave or are scared” required discs, and so there was no need for a disc version of their Pro-level F10, Fausto left it that there would be an F8 Disc version available for all non-World Tour level Pinarello riders and that’s it. We’ll leave it to you to speculate whether Sky riders have had one too many cookies, or are getting jittery after 3 weeks of racing in France, but ‘no plans’ does not mean ‘never happening,’ apparently. But, Fausto’s about face aside, let’s take a look at this recently built Dogma F10 that still looks like more than enough bike to effortlessly whatever you roads you throw at it, no matter how many cookies you’ve snacked on. Decked out in super fresh Shimano Dura-Ace 9150 Di2, ENVE 3.4 SES hoops, and finished with an array of fine carbon bits, this Pinarello is definitely in the realm of dream bikes. 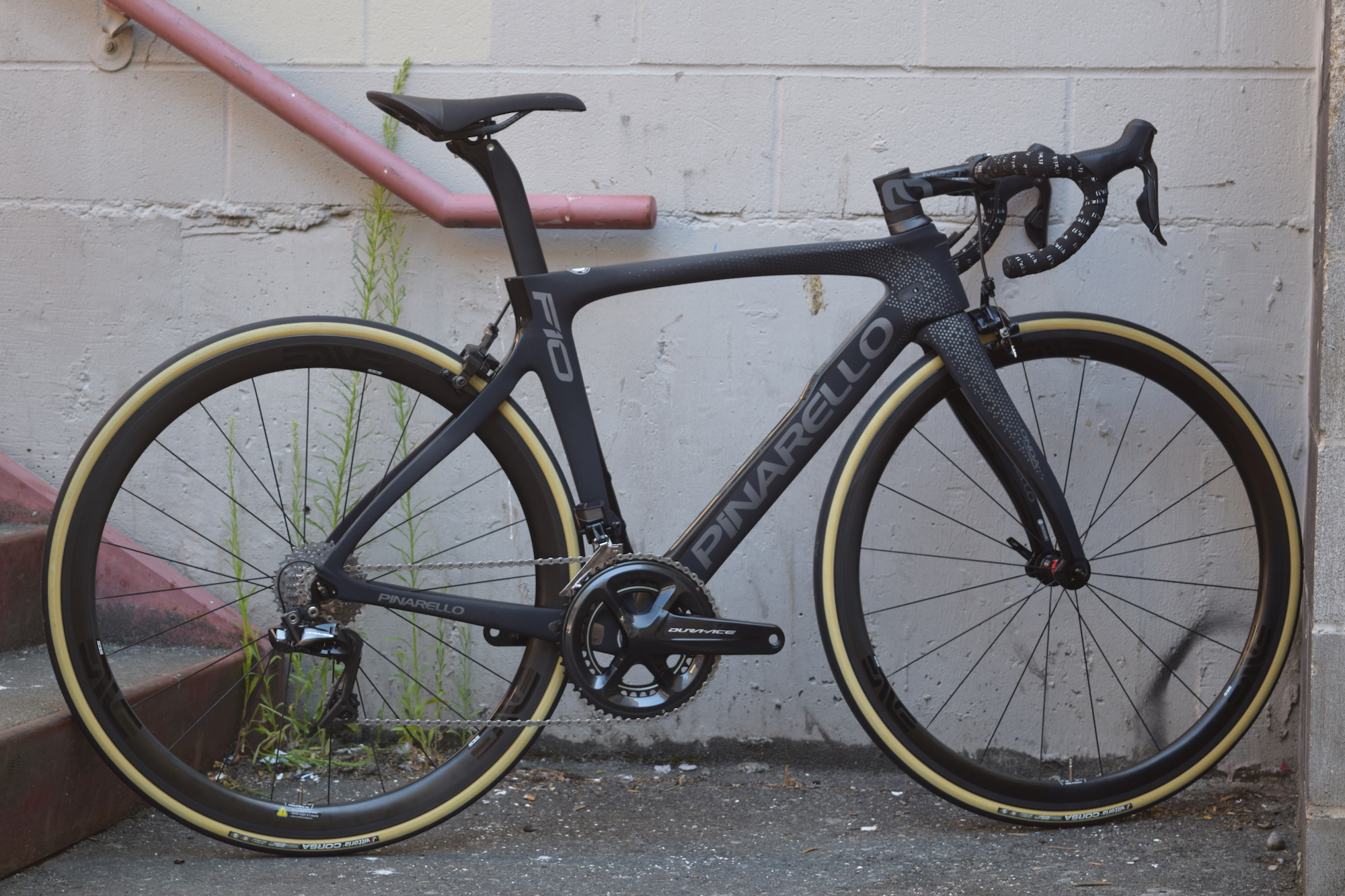 Developed out of Pinarello’s acclaimed F8 platform, the F10 introduces a number of improvements. In weight, in quality of Toray carbon used, in aero profile – where the F10 takes cues from the F8, but also Wiggins record setting Bolide frame, and, most visibly, in electronic groupset integration. No dongles, junction boxes, or wires hanging all over the place, the Dogma F1o integrates the battery unit for whatever electronic system you’re using into the downtube. As electronic drivetrains continue to develop, and more on that below, its interesting to see the various ways that frame builders choose to accommodate the changing technology. Pinarello approach is a particularly sleek, aesthetically and technically, approach to integration. 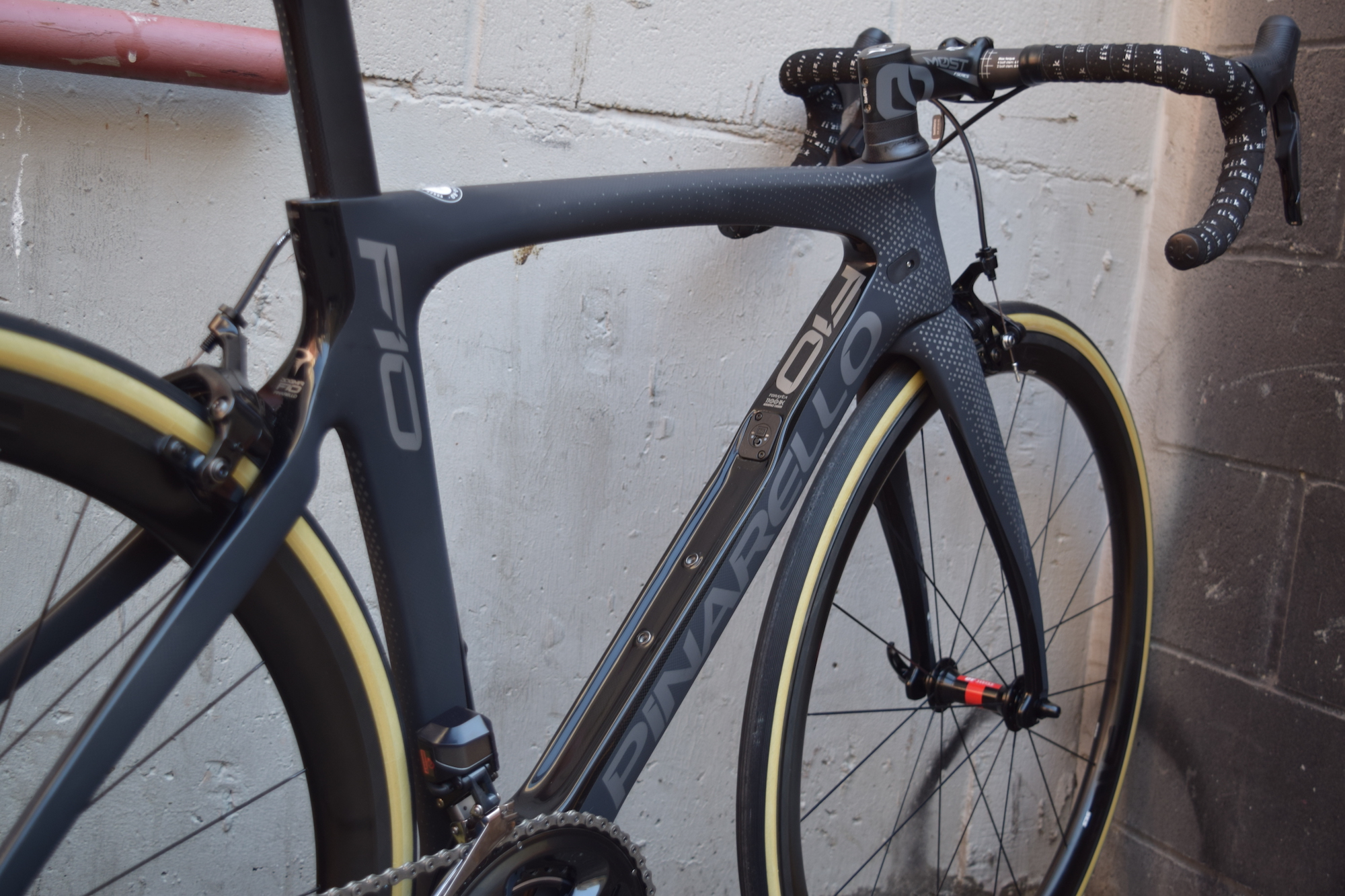 This particular Pinarello F10 is rolling on American made ENVE 3.4 SES clincher hoops, the more svelte of ENVE’s hoop options. Like the 4.5 SES’s, ENVE’s 3.4 SES’s have all the benefits of their Smart Energy System, which we’ve discussed here before, but in a lower profile design. There’s still some aero considerations, since this is ENVE, but the 3.4 SES’s are geared more toward roads that point up and stay pointed that way for a while. Unlike some climbing wheels, ENVE recognizes that most riders mountaintop finishes end with a ride back down the mountain on a bike, not in a team car, which is where improved road feel and handling of the wide profile of their 3.4’s really starts to shine. For this year, ENVE’s significantly improved the braking power on their 3.4’s by adding a molded carbon brake track. Add Vittoria’s impressively fast rolling Corsa, in a higher volume 25c casing, and you have a fast wheel set that will be just as fun on the descent as on the climb. 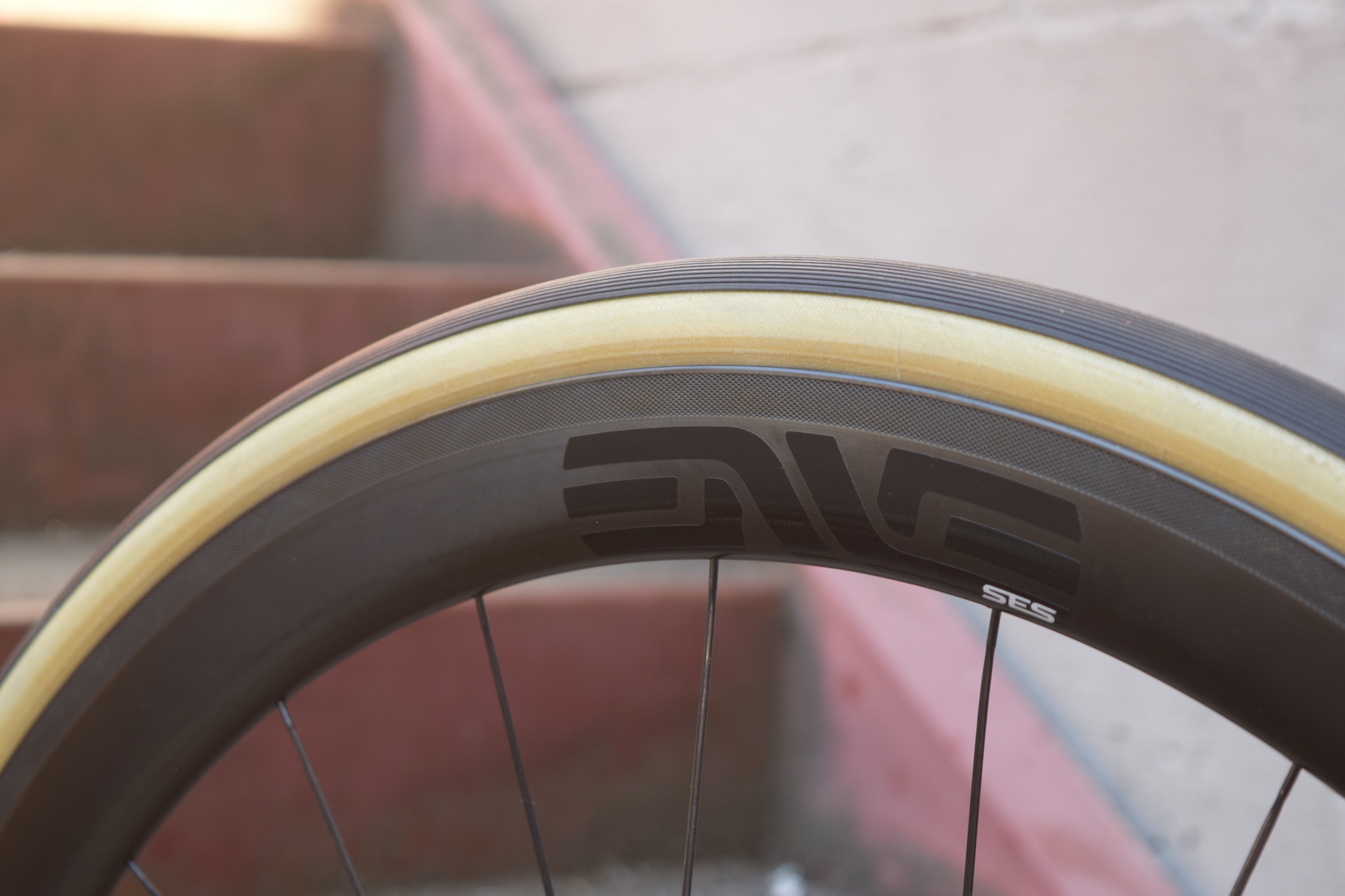 As mentioned earlier, Pinarello’s designed the Dogma F10 around seamless electronic drivetrain integration. For this F10, that means Shimano’s all new Dura-Ace 9150 Di2 bits, complete with semi-Synchro shifting. With the newest new version of Shimano’s venerable Dura-Ace gruppo, the robots don’t just help, they’re smarter than you, they know it, and – new for 9150 – they’re happy to tell you so. Shimano’s robots won’t let you cross chain anymore. But, more than just pointing out your lactic-overload shifting failures to you, they’re also here to help. Dura-ACe 9150 will automatically trim when you change chainrings, shifting up or down a cog as appropriate for a smoother transition between gear ranges. Yes, you can do this. But that requires two hands and a sense of timing. Now it’s easier. And that’s the point of super-fancy electronics, isn’t it? You have other things to be thinking about. But if semi-Synchro isn’t your jam, don’t worry – it’s fully customizable. You can even program those little buttons hiding under the hoods that you might not have noticed to do … well, pretty much anything. Minor rear mech adjustments? Another shifter button? Scroll through your Garmin screens? Sure! Dual function buttons (click / hold) even let you choose two. Shimano have even invited others to come up with new ways to make use of these highly programmable buttons. Want to know even more about the new Dura Ace 9150? For an absurdly detailed and mildly esoteric take on shifting, The Jetsons, and romancing the ghost in the machine, head here. Good luck. 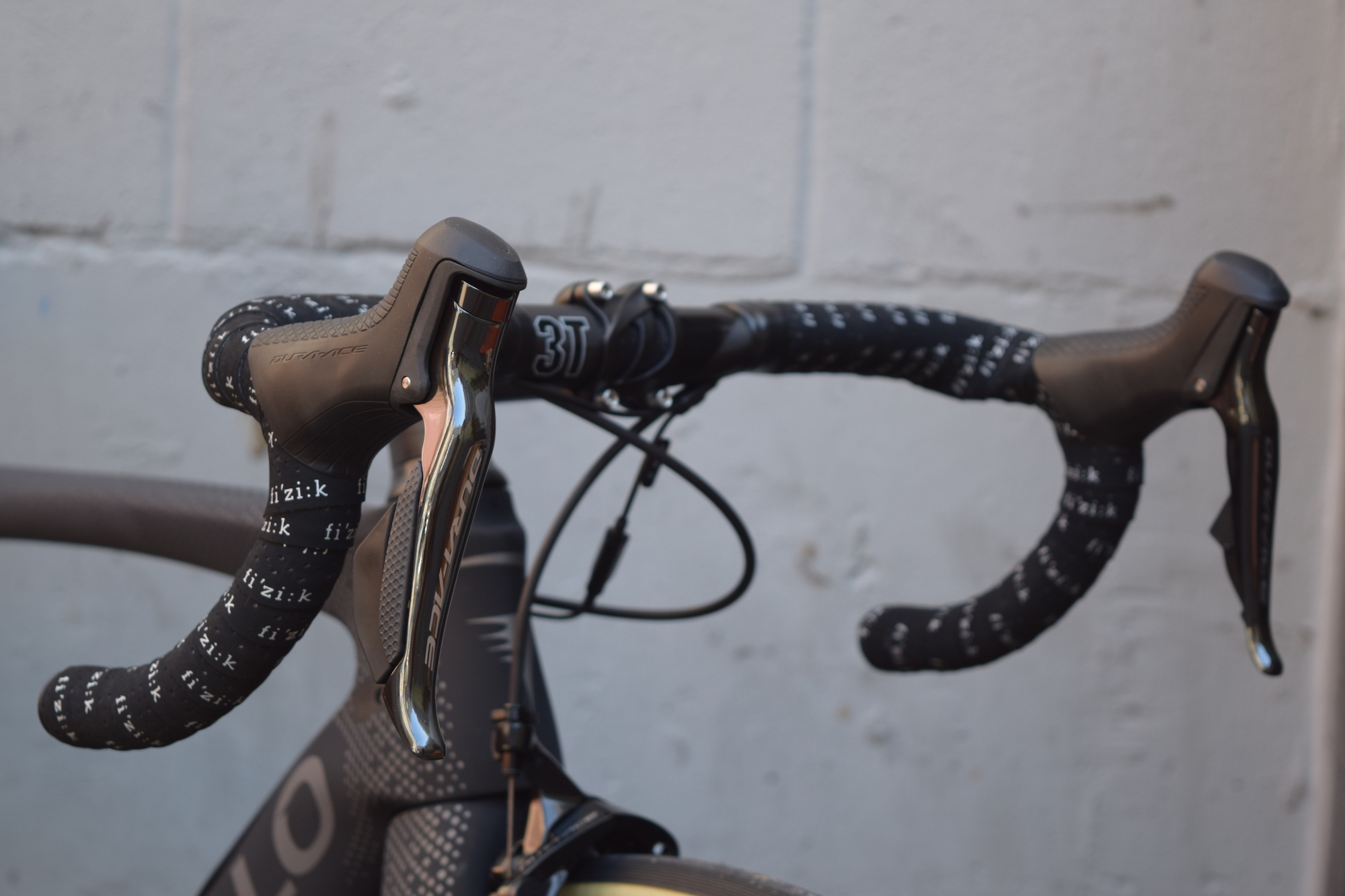 As always with Pinarello, the technical improvements to the frame are only part of the story. So click through the image gallery below for a closer look at  the newest offering from the storied Italian brand: the Dogma F10