Here at Broad Street Cycles, we’re pretty into this whole Cyclocross thing. While you’ll find us riding anything from track bikes, road, xc and any other mountain bikes, Cross is the one kind of riding that draws out everyone in the shop. That means there’s usually a whole bunch of us out racing every weekend and every Wednesday night. In an attempt to put some names to the spandex — so you’ll maybe know who you’re heckling by the end of the season — we’re bringing back our Rider Profiles: CX Edition! Last week we talked to Aidan. This week, and in alphabetical order to give the illusion of organization, we’re talking to:

Originally hailing from the wintery climes of Edmonton, Alberta, and the ABA’s strong racing scene, Andy’s been around cross for a while. And road. And mountain biking. Basically, he knows a ton about racing bikes, no matter what kind of bike it is. He’s raced and wrenched in all weather, all conditions, and in all sorts of locations around the world. Actually, he just returned from Cairns, Australia, where he was working his mechanical wizardry with the Canadian National Mountain Bike Team at UCI World Championships, keeping the XC crew running smooth in the wild Aussie dust. On the Island, Andy races against the sea of Cross on the Rock masters – +80 at the last race!! Having missed Topaz Park GP for World Champs, Andy had the distinct pleasure of starting at the very deep end of that field in Ladysmith, and spent a good part of the race wading forward in through the field. 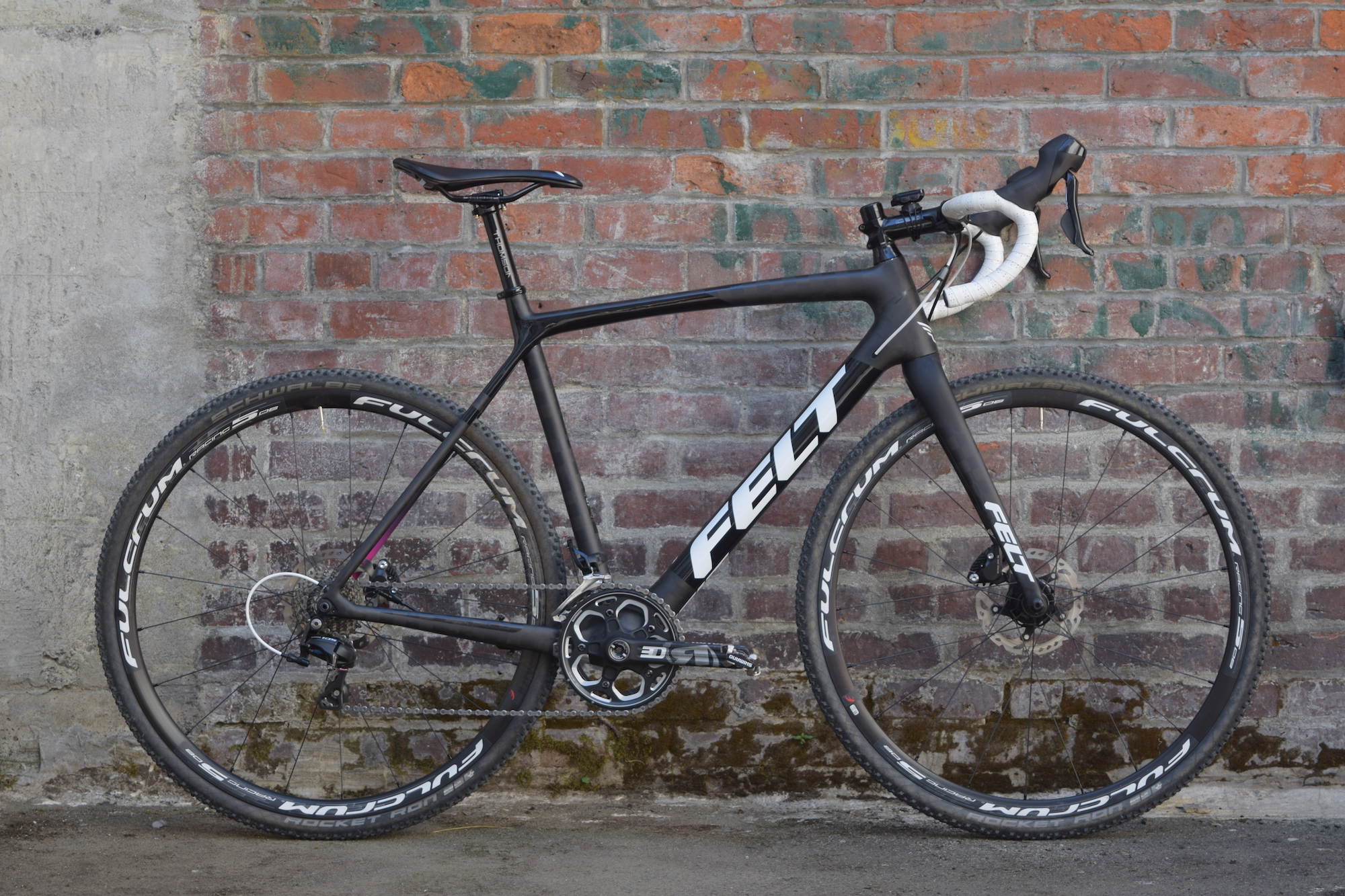 Andy’s racing on Felt’s new F5X disc cyclocross bike. Andy’s successfully resisted the one-by craze, keeping things euro with a front derailleur and multiple chainrings. Two of them, to be specific. The Felt F5X though, is fully modern, with through axles and hydro disc in place of traditional canti brakes. Aesthetically, the F5X borrows from Wout van Aert’s 2017 World Championships winning bike, but adds some subtle pink fade on the non-drive side to liven up the black/gloss black/white scheme of the F5X’s body. As usual with Felt, they’ve left most of the carbon prominently displayed to show off the UHC Advance + TeXtreme weave. The result is a bike that’s understated, but with bold, clear graphics that absolutely pop on a cross course. We distracted Andy from fixing your bike just long enough for him to answer these super important questions: 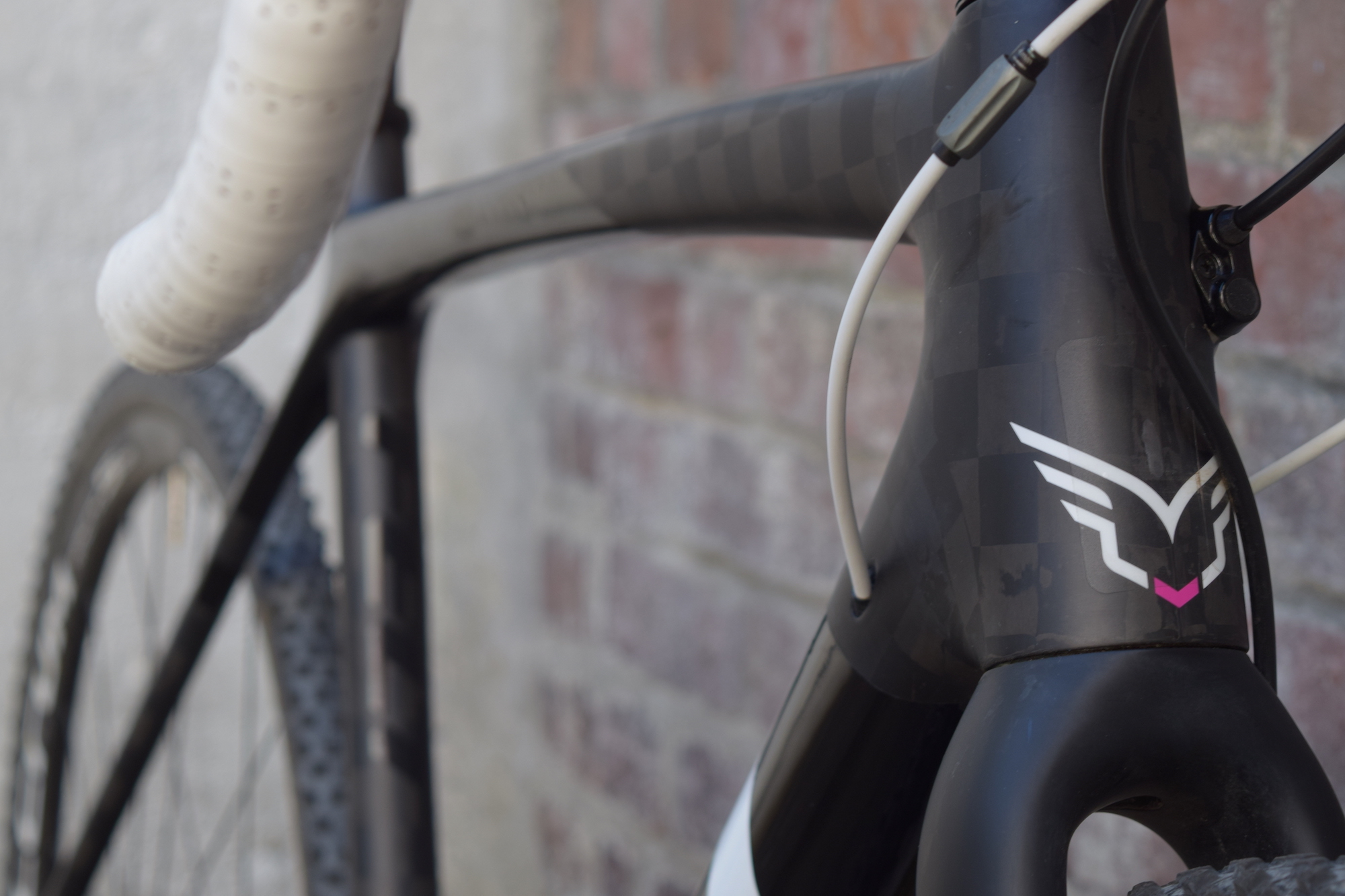 BSC: How many years have you raced cross

AS: It’s the most fun. It requires all the skill you need to race road and mountain bikes, plus some specific ‘cross skills, and putting them all together

BSC: What’s your spirit animal? On or off the bike. 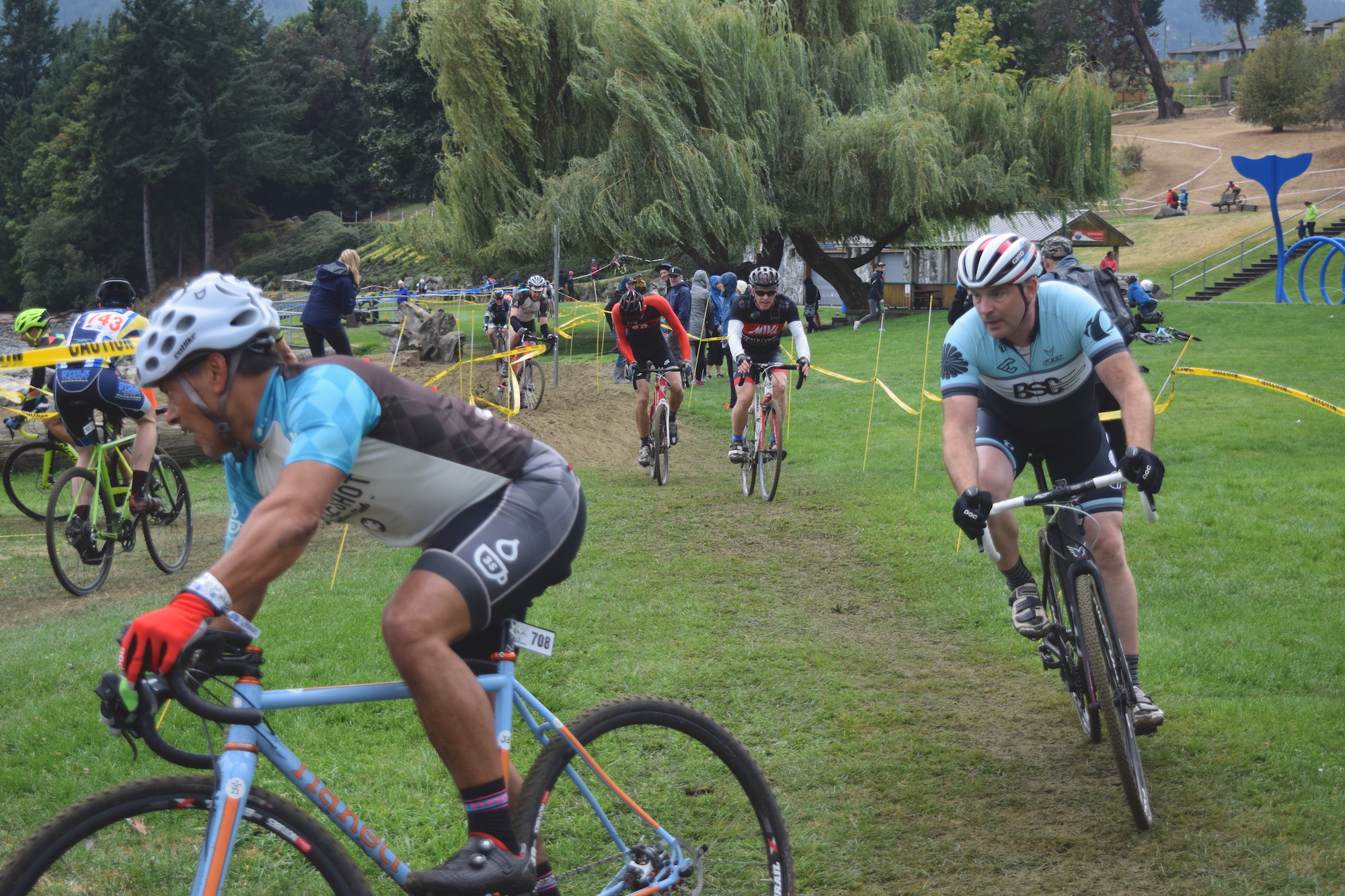 AA: Winning both days of a double header – Goldbar/Goldstick in Edmonton

BSC: This Simpsons or Rick and Morty? 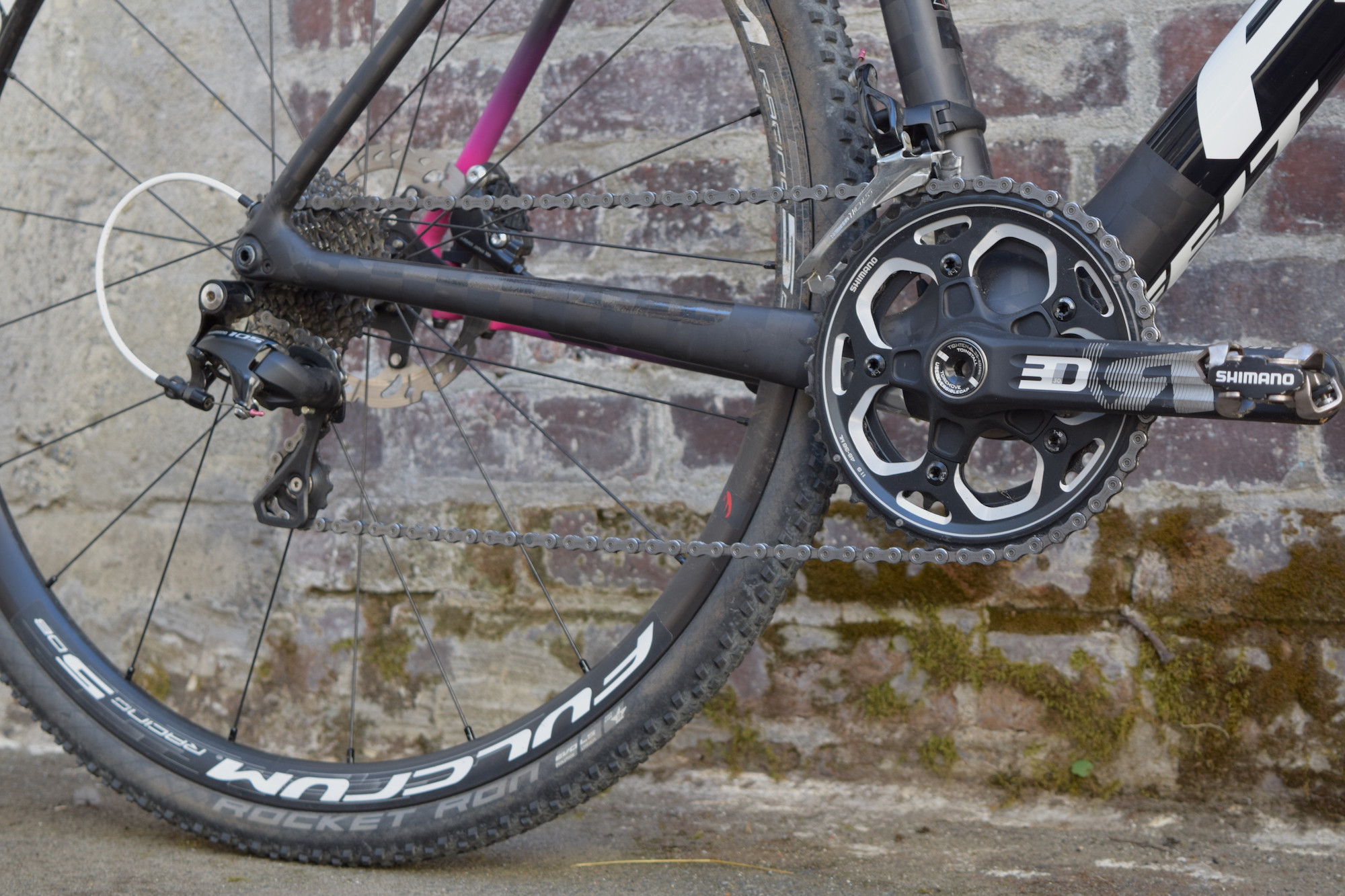