New for 2017, we here at Broad Street Cycles are happy to be carrying Toronto based brand, Cervélo Cycles. We’ve had a number of the Canadian company’s bikes through the store already, but Shawn’s recently arrived Cervélo R5 is the first of their top-end road racers to pass through BSC’s doors onto the streets of Victoria. Shawn’s been steadily building up the miles over the Winter, and we can’t wait to see her ripping some solid miles on the R5 this Summer! 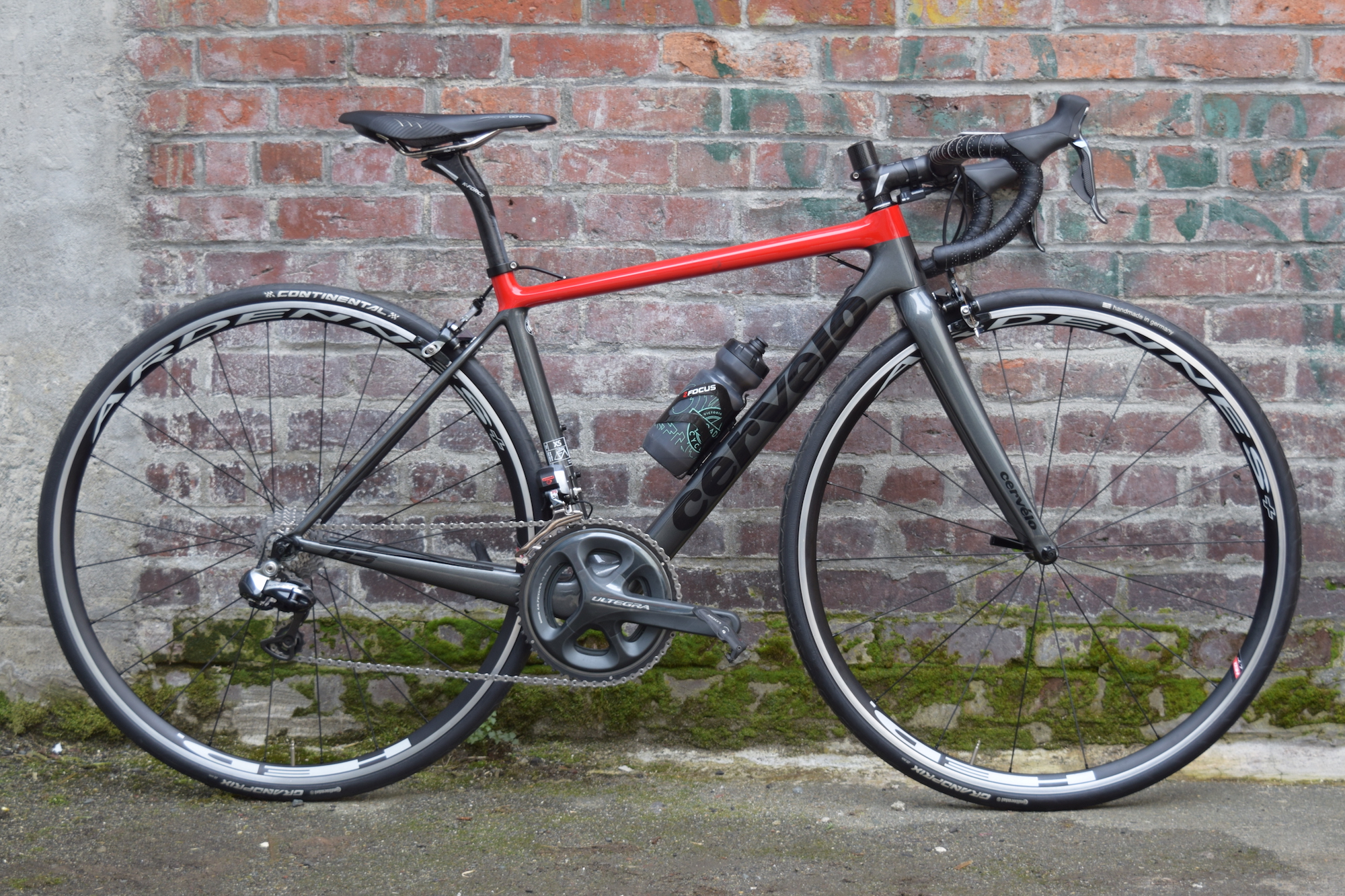 Derived from Cervélo’s ‘Project California’ Rca super-bike, the R5 borrows the newly developed Squoval 3 shaped tubing. While Cervélo has their own S-series aero-road offering, they’ve also added aero shaping to the leading edges of the R5 to compliment the weight/stiffness oriented Squoval 3 shape. This gives the feather light R5 frame a bit of an aero advantage for a frame otherwise focused on weight and stiffness. A couple other nice touches on the R5 are carbon dropouts – every gram counts – and future proof cable management, so you can easily switch between mechanical and electronic shifting options. 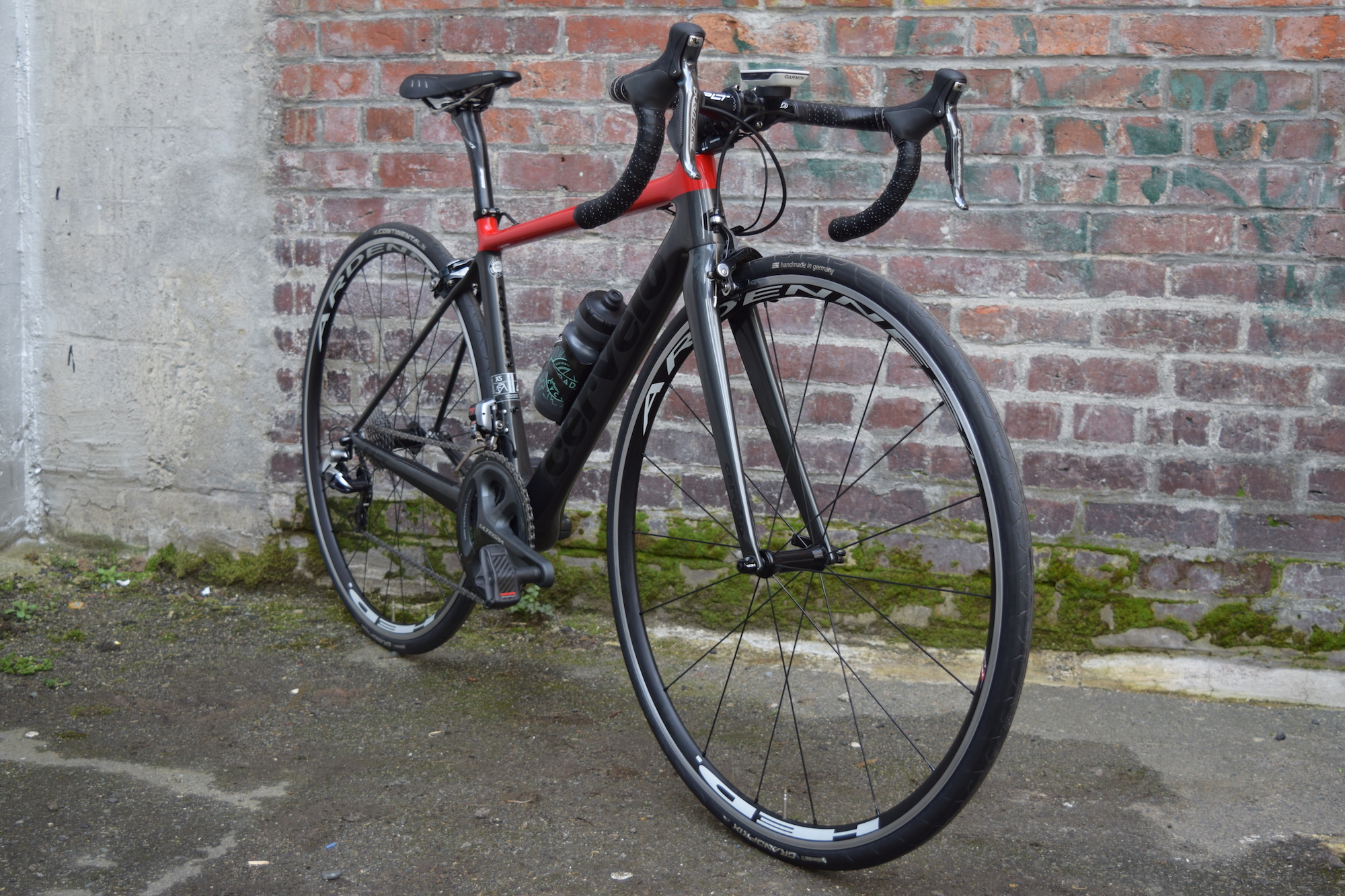 True to their engineering heritage, Cervélo holds performance as the central design principal for the R5. Solid, shaped chainstay’s and Cervélo’s BBright bottom bracket work to ensure every watt travels directly from your legs to the road. Pencil thin chainstays and a slim seat tube are in line with the lightweight goals of the R5, but also help soften the ride in a way that won’t detract from power transfer. There may not be swoopy curves and sculpted lines on the R5 like you might expect from a top of the line road bike, but Cervélo’s ‘engineering-as-aesthetics’ has its own appeal and subtle beauty, especially if you’re looking at it with an eye to going as fast as possible. 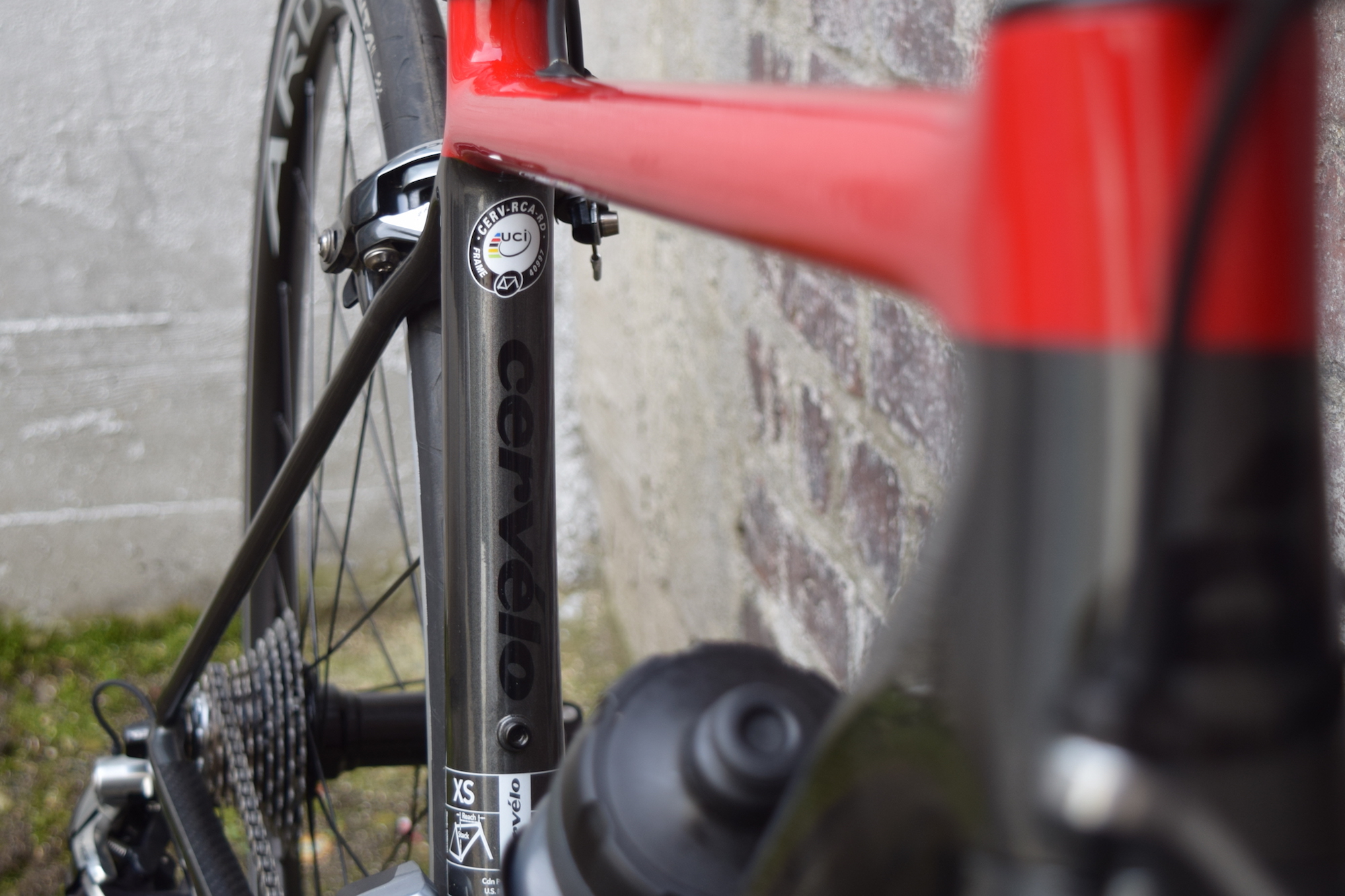 Shawn’s R5 is built up with full Shimano Dura-Ace Di2, excepting an Ultegra crankset in places of the stock offering from Rotor. Aside from the improved shifting, Shawn’s also commented that Di2’s shorter lever throw makes shifting much easier for anyone with smaller hands, allowing her to shift from different hand positions. Dura-Ace is to be expected from a top-end build, but Cervélo’s choice of HED Ardenne’s Plus LT wheels is a nice recognition of the industry trend toward wider tires, even on race oriented bikes. From Cervéo’s numbers-oriented perspective, though, the move to the 25mm wide Ardennes Plus rims is as much a matter of performance, offering reduced rolling resistance along with better ride quality and improved handling, as it is a concession to industry fashion. it’s also a product of Cervélo’s long-standing relationship with the late Steve Hed, who’s work with Phil White and Gerard Vroomen dates back to the 90’s.