As the Giro d’Italia is currently barrelling around The Boot’s country roads, we thought it’d be a good time to check out super-mechanic Matt’s Pinarello GAN RS. Matt may hail from Portland, but his GAN RS build is fully Italian. Ok, mostly Italian. While still on the continent, those flashy Mavic Cosmic Carbone Pro wheels are decidedly French. What matters more is that Mavic’s traditional yellow colourway is the perfect compliment to the mostly-murdered matte/gloss look Pinarello’s dressed the Gan RS in. The build is finished off with Campagnolo’s new Potenza group set, also in black to match the bikes heritage as well as it compliments it’s aesthetics. 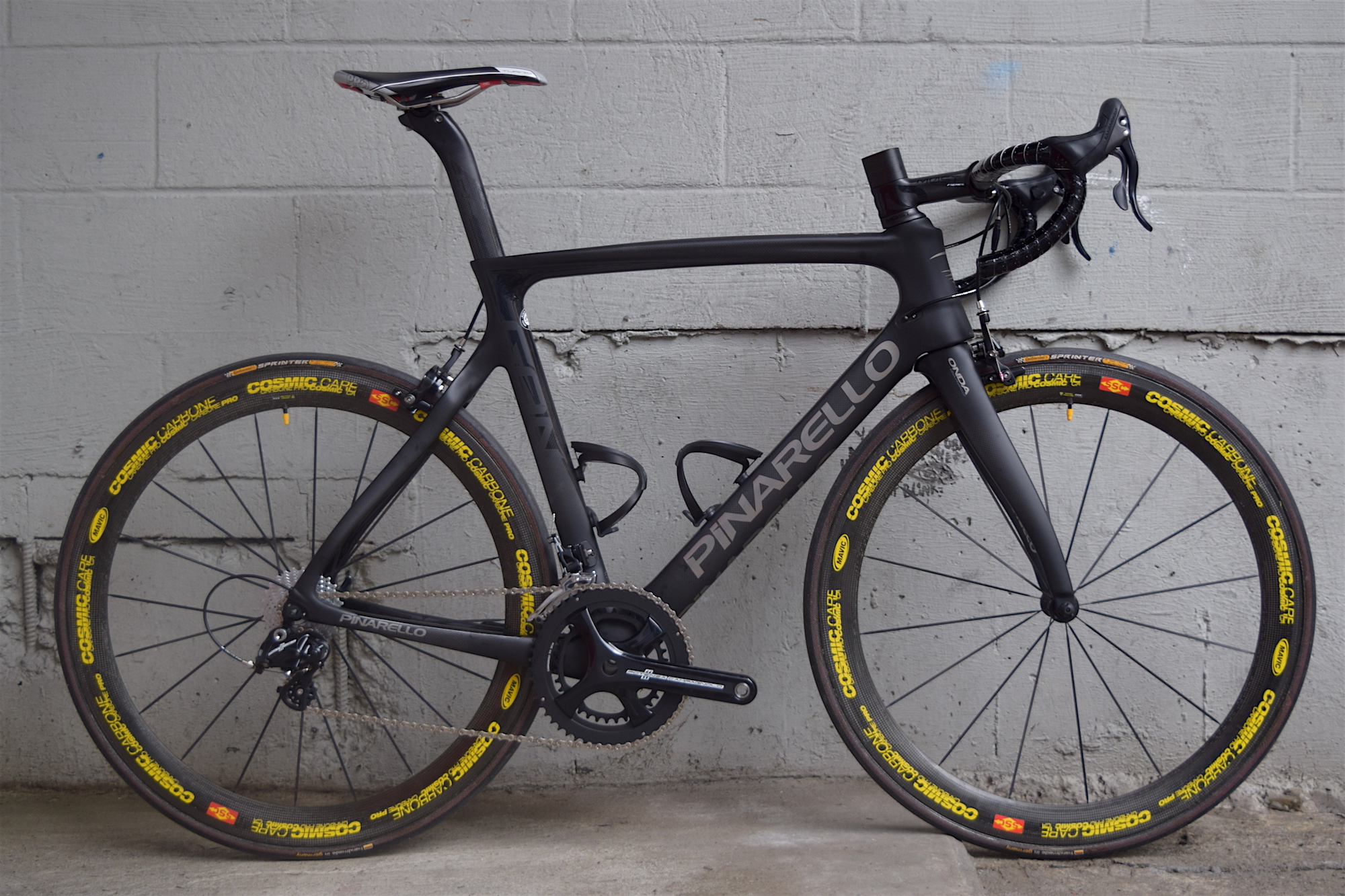 Understated for a Pinarello, you say? Maybe, but that’s because Pinarello’s branded their GAN RS as Maglia Nera, after the black jersey symbolically awarded to the Giro’s last finisher from the late 1940’s through 1956. Claiming to honour Giovanni Pinarello’s Maglia Nera ‘win’ in 1951, this is a great bit of tongue-in-cheek, or just cheeky marketing from Pinarello. While the GAN RS may not be the Maglia Rosa in Pinarello’s stable, one step down from their flagship F10 still leaves you standing on the shoulders of the competition. The loud marketing and colourways associated with Pinarello are left to the F10, freeing the Maglia Nera GAN RS to assume a sharply understated aesthetic — and a much quieter price tag. 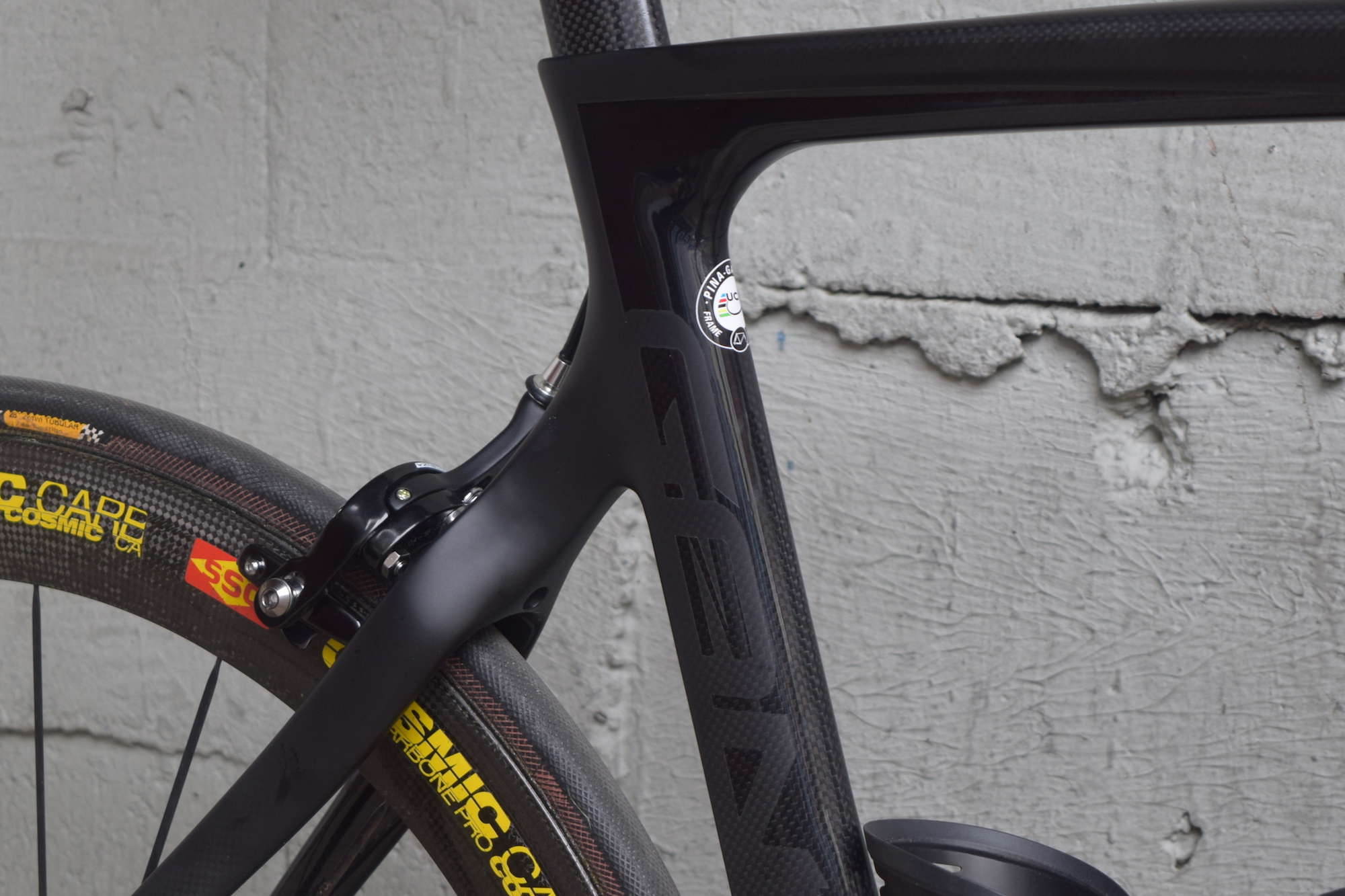 Though the recently announced F10 is Pinarello’s World Tour bike, the GAN RS is no slouch. It takes it’s cue’s from the recently top of the line F8, from asymmetric tube shaping, aero profile, and ONDA fork, down to its Torayca T900 series carbon layup. When you’re talking pedigree, the GAN RS is still decidedly Pinarello. 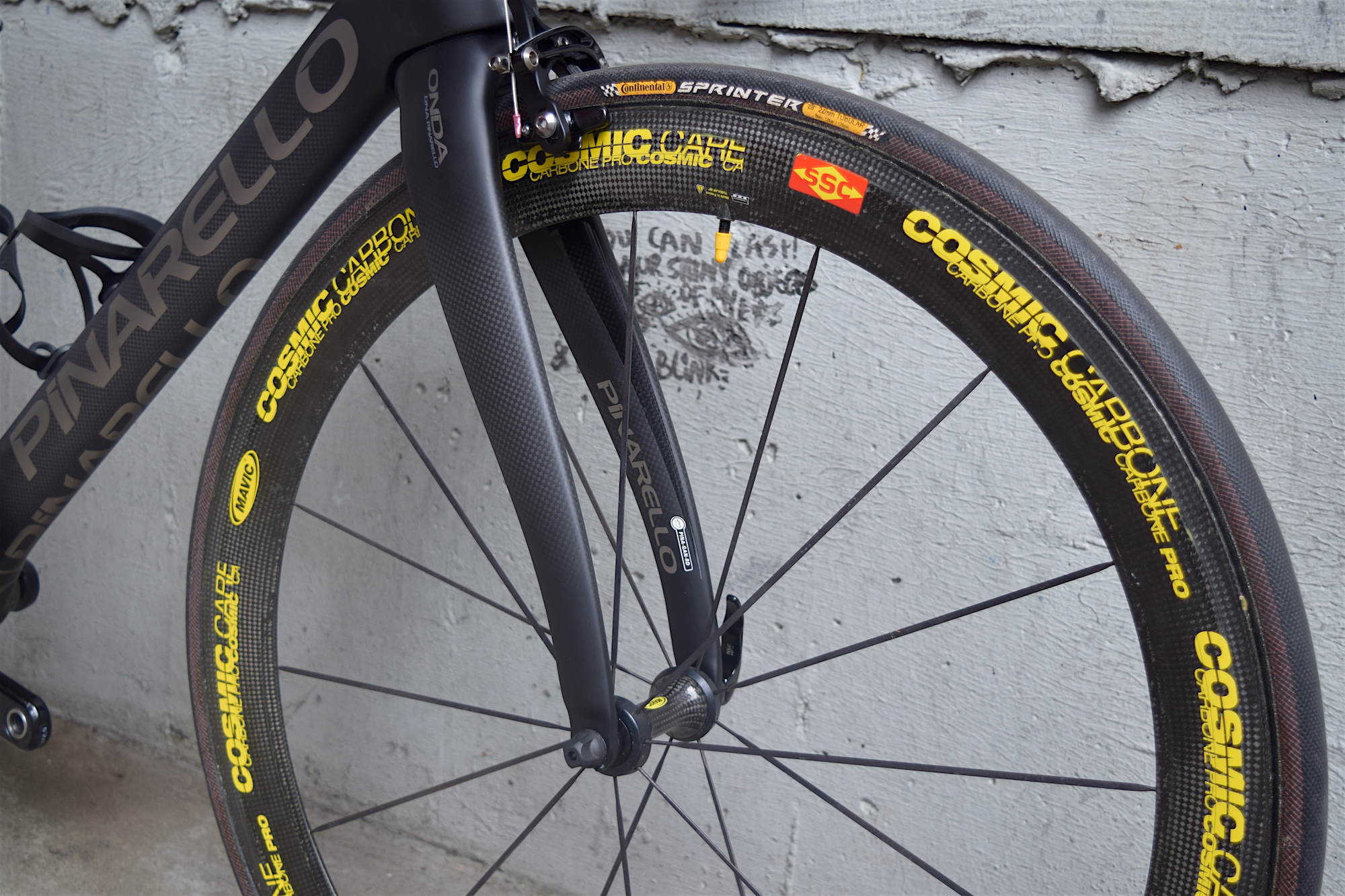 From Pinarello’s home in Trevisio, it’s only a short trip to Vicenza, to pick up Campagnolo’s new Potenza group set. Designed to compete with Shimano Ultegra, Potenza arrives in either silver or black. Black was the obvious choice for Matt’s bike. Featuring slightly less carbon than the Record and Chorus level bits, Potenza still benefits from Campagnolo’s work developing their race tier offering. It also comes with a wider cassette range option than usually available from the Italian manufacturer. Last, but clearly not least, are the deep section carbon hoops from French wheel builder, Mavic. Glued to 25mm Continental Sprinter tubs, the Mavic’s add speed, and a little colour to Matt’s GAN RS. 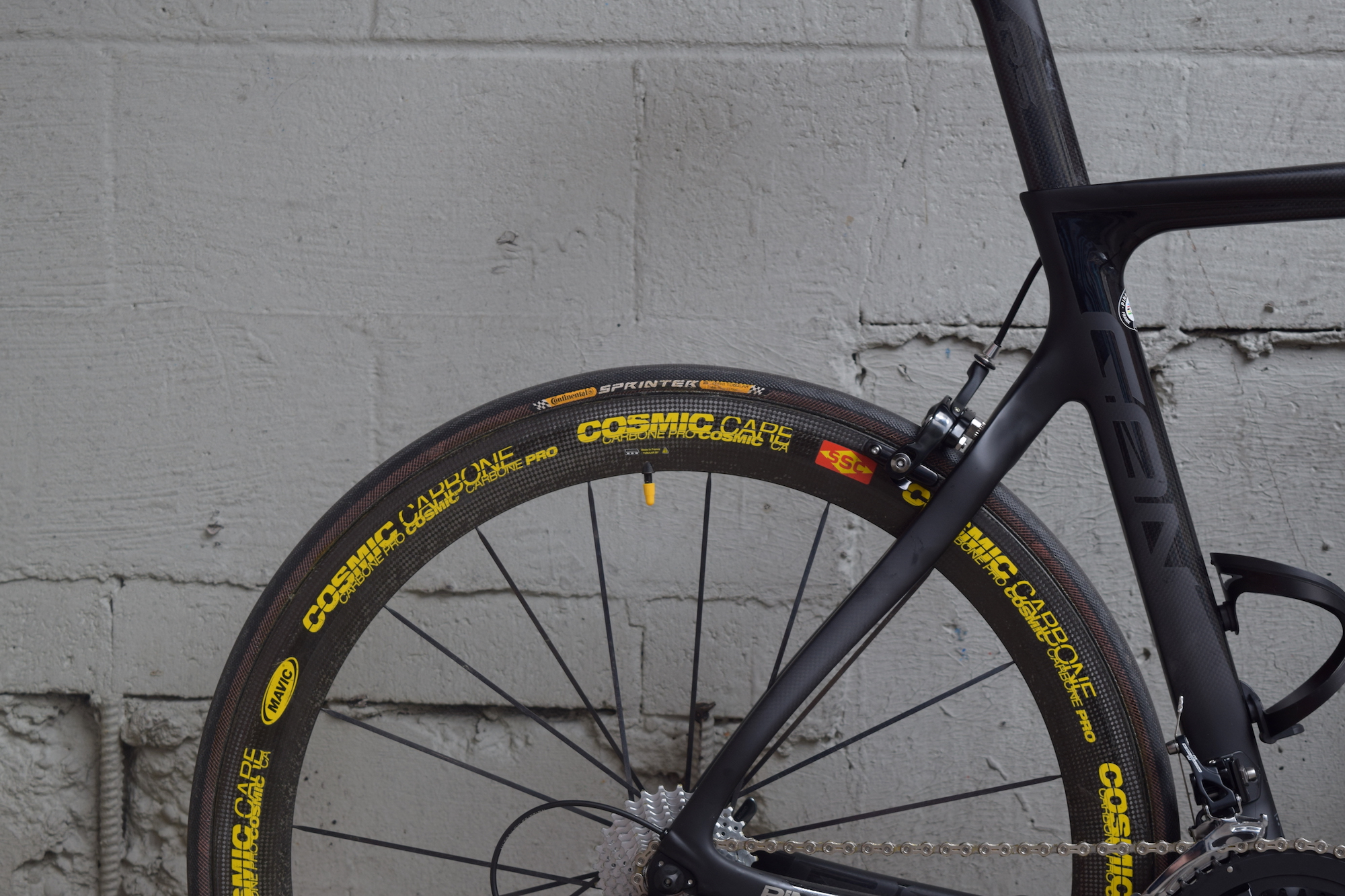