In the world of high end road bikes, the rush to create the newest, greatest trick or feature occasionally goes awry, leaving various riders with their unfortunate proprietary gadgets that never quite revolutionized the sport like they were supposed to. Instead of joining in this endless quest for novelty, Focus has taken a different tact for their Izalco Max platform. The World Tour level frame takes classic, simple frame design and hones in on improving the proven design. The result is an unassuming, understated aesthetic pulled off with an attention to detail that still makes the Izalco Max stand out in any crowd. While Focus have introduced a full disc option for 2017, those nerds at UCI still require a non-spinning-knife version for racing purposes. Mikes rim brake Izalco Max is, we think, the perfect match for Shimano’s long awaited Dura-Ace 9100 mechanical group set. Finished with Dura-Ace carbon/alloy option rims, Mike’s build is a testament to just how good a bike can be, without all the wires and discs and whatnot that are so prevalent on top end bikes today. 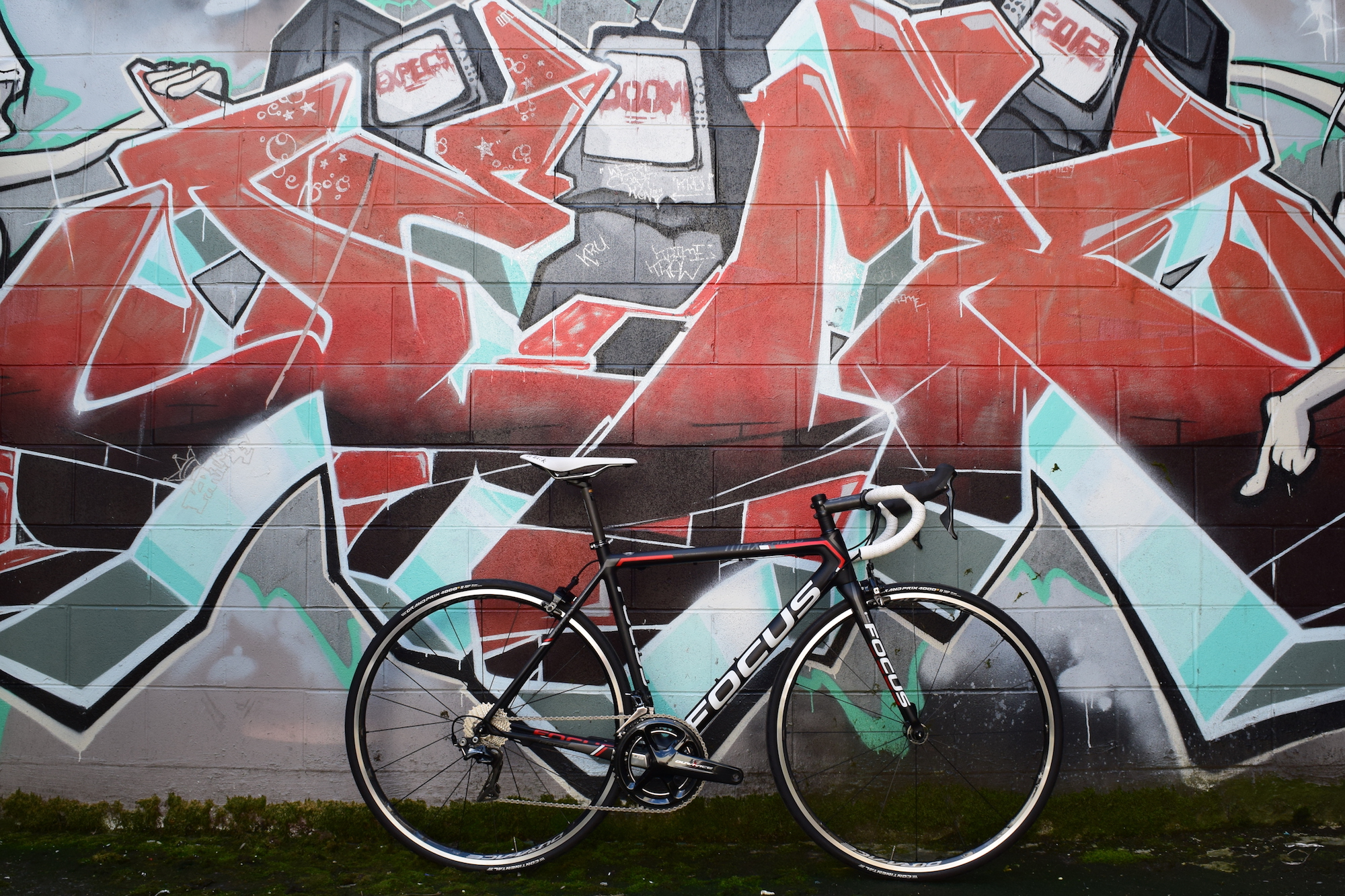 In addition to rim brakes and mechanical shifting, the Izalco Max also stands out from most newer bikes for Focus’ decision to feature external cable routing. Various claims have been made about how often pro-tour mechanics have to change cables, and how this makes the Izalco a bit kinder to your World Tour wrench who’s still around after the days race changing all your cables before you race again tomorrow. But for those (all) of us not in the last stages of our Giro prep, the external cables are still an elegant solution to a problem didn’t have to exist. Other than the ascetic drive to purge frames of all outward appearance of cables in order to create the purest, most minimal frame (in appearance, all those bits still hide inside somewhere), there’s no overwhelming need for internal cable routing over traditional external cables. And hey – bonus feature – it’s part of what makes the Izalco Max frameset insanely light. Like, proper World Tour light, without putting down a second mortgage for ultra-high-zoot wheels. Though you can do that too, since none of us are too likely to run into a UCI official on our next time up Hurricane Ridge. Unlike those jerks at UCI, Strava don’t care how light your bike is, just how fast you go! 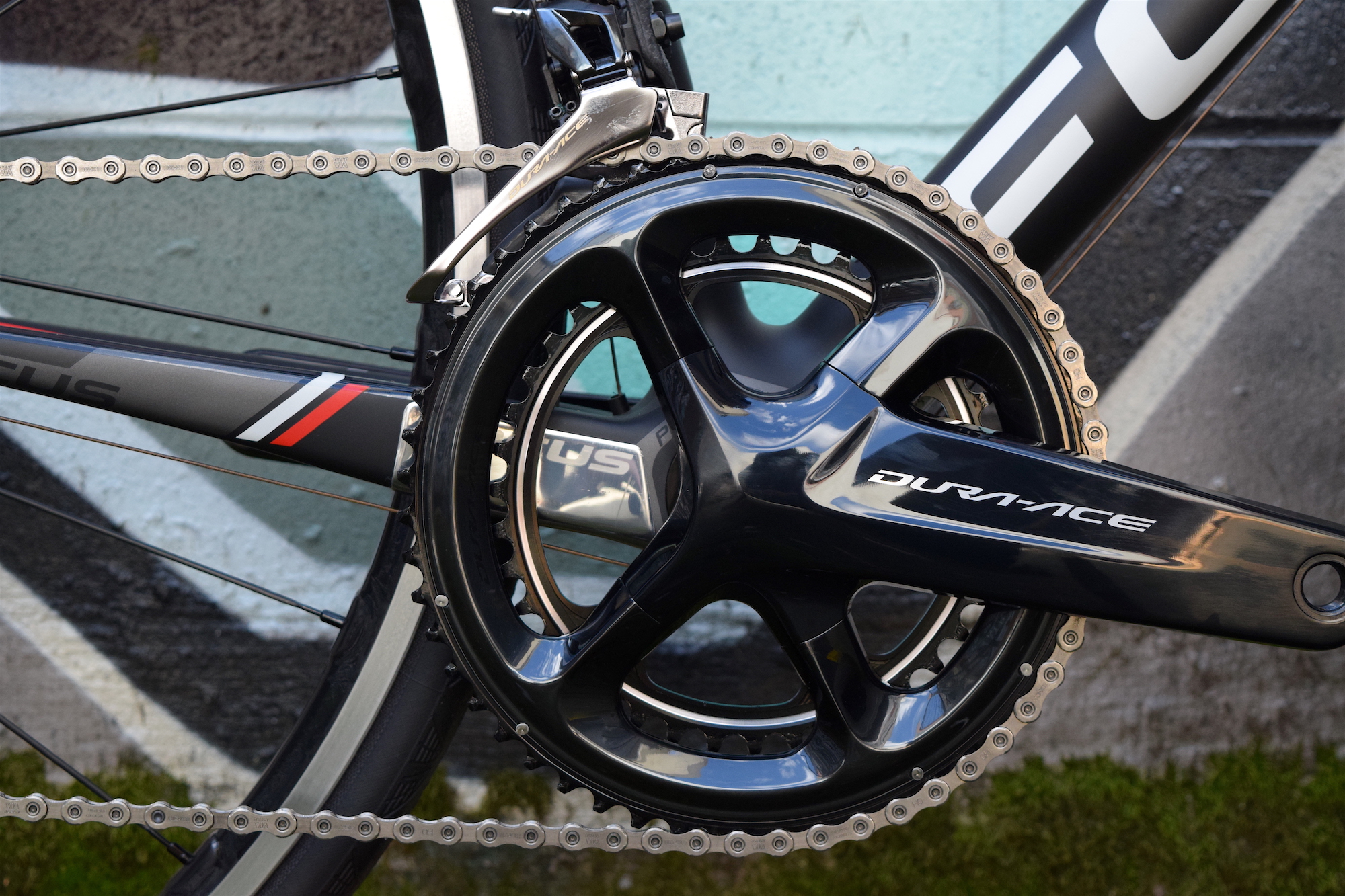 We’ve talked about the Izalco before though, so lets return Shimano’s newest shiny bits: Dura-Ace 9100. And ohhhhh wow, are they ever shiny! Look at those new, super-wide cranks: you can actually see yourself in them! Sure, they’re whatever-percent stiffer, and the bolt pattern increases power transfer by another so-and-so percent. That’s all good – and that’s all what we’ve come to expect from Shimano’s top-drawer group set – but that fade polish on crank/chain ring also looks incredible. But wait – mechanical shifting? Whether it’s Shimano’s Di2, SRAM’s e-tap, or Campy’s EPS system, there’s no denying all the new electronic systems are pretty rad. The beep-boops, the futuristic shifting noises, programmable shifting options… the tiny robots have a good thing going on. But there’s still something we like about good old mechanical shifting. And Shimano’s long awaited update to their top tier 9000 series, Dura-Ace 9100, is really, really good mechanical shifting. Electronic shifting isn’t that new, but it’s still new enough that we don’t think you have to be a total retro-grouch to have a preference for the traditional cable and leverage ratio system that’s served us so well for so long. While Dura-Ace is offered in a Di2 option, and many of the improvements over the old 9000 series are shared between the new mechanical and electronic versions of Dura-Ace, there are also mechanical specific improvements specific to the 9100 series. In a weird trend of road bikes borrowing technology from mountain bikes, Shimano’s imported XTR’s ‘shadow’ rear derailleur for Dura-Ace, creating a lower profile rear mech that tucks in out of the way under the chainstays. 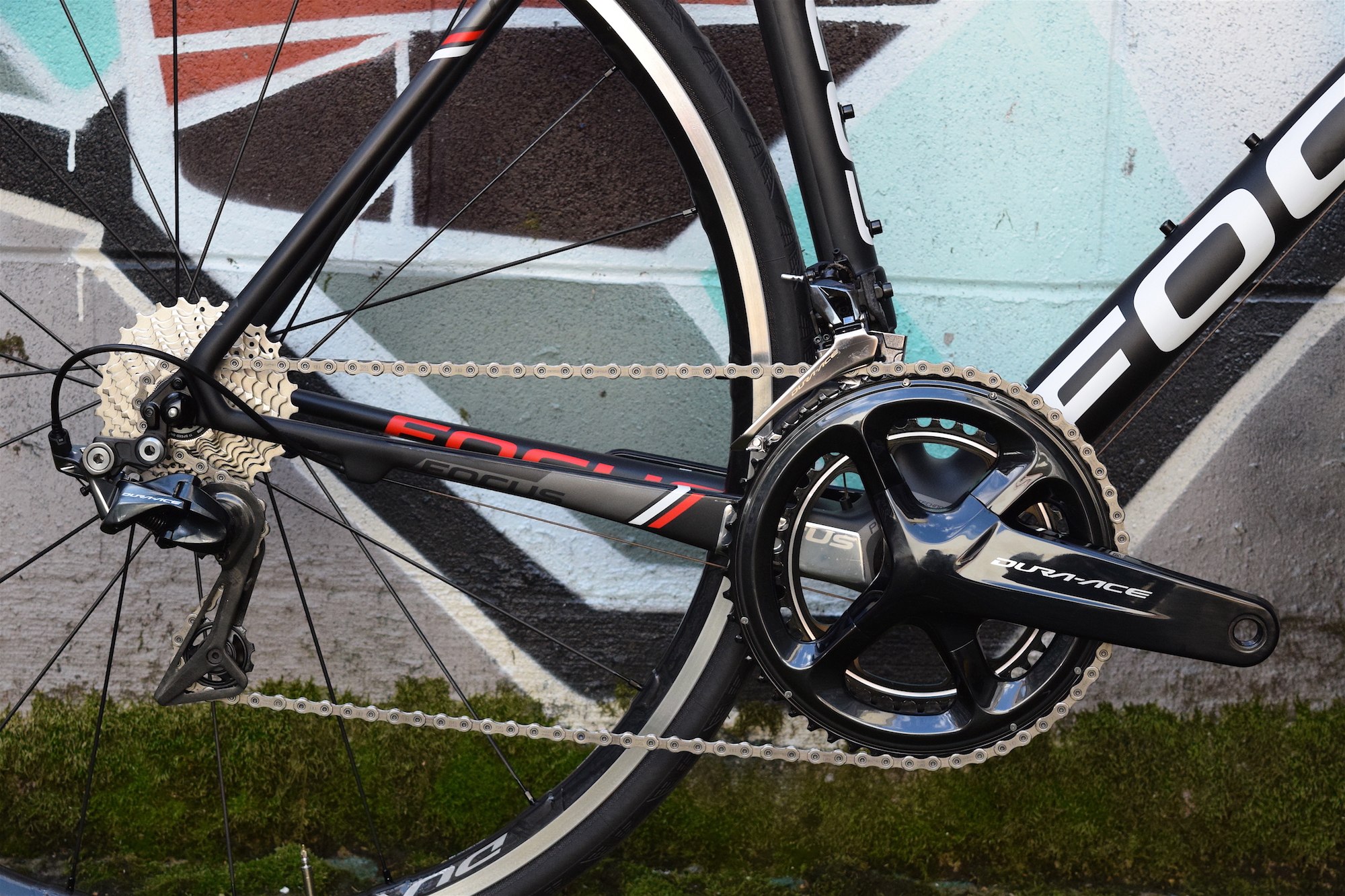 Click through the gallery below for more of Mike’s Focus Izalco Max: