New for 2017, Yeti has waded into the Plus bike game with the SB5+, an expanded version of their much vaunted SB5c. Never known to approach anything half way, with the SB5+ Yeti aren’t tentatively dipping their toes to test the water, they’re jumping in with both feet.  Instead of just spreading things out a bit and calling it a day, they’ve fully redesigned the SB5 platform to work with the Plus tyres. The result, as you would expect with Yeti, is a bike that’s making waves in the Plus bike market. The SB5+ recently earned top marks from Bike Magazine, one of the industries longest lasting and more reliable voices, in their annual Bible of Bike Tests. Our friend Andrew Flowers recently finished a particularly sharp build on his SB5+, adding a touch of his own style to Yeti’s already drool worthy frame. 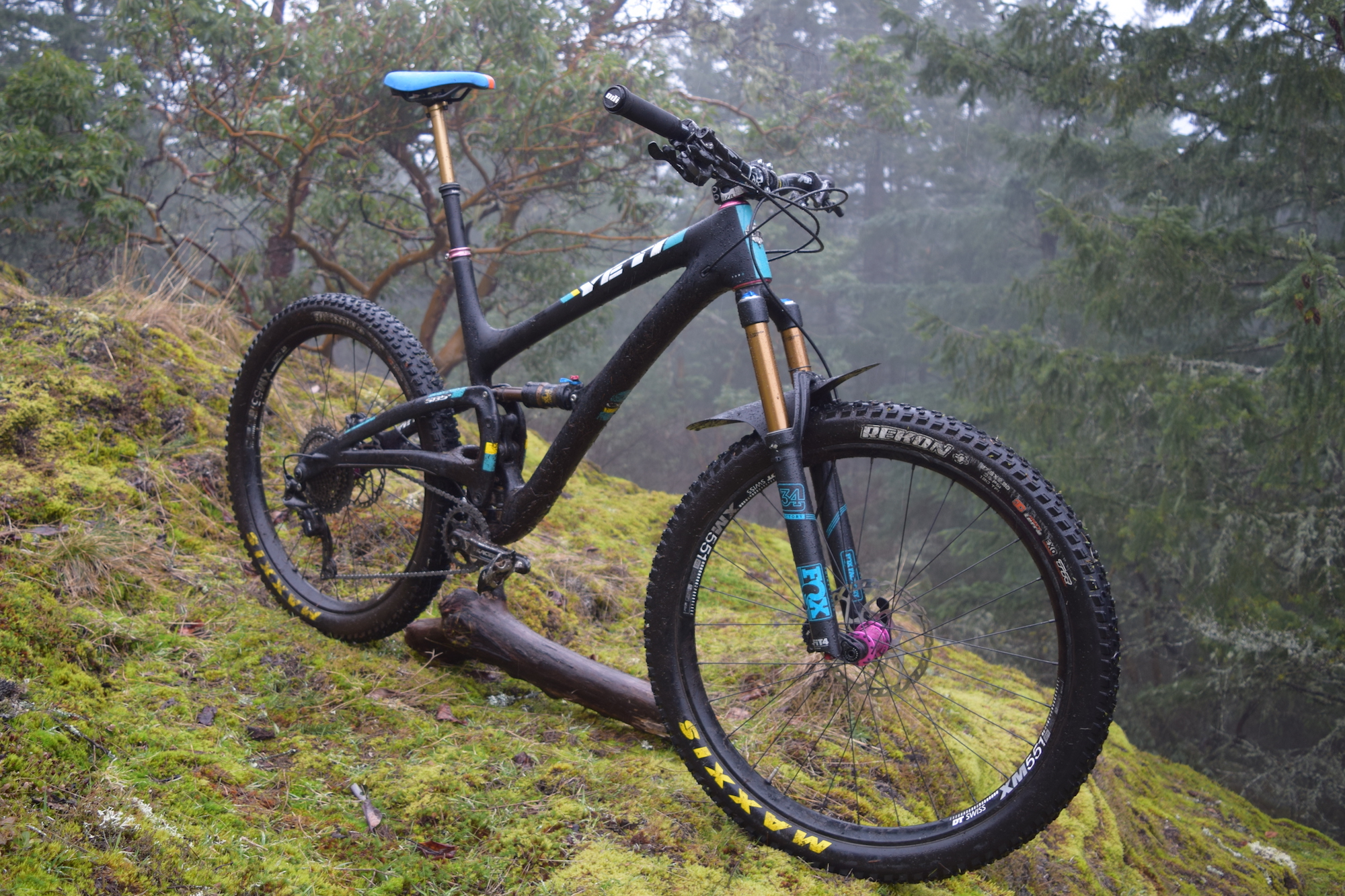 The biggest change from the SB5 is the elevated chainstays on the Plus version. Yeti’s made the move to elevated stays to allow clearance for massive 27.4 x 3.0 width tyres, and still keep plenty of clearance around the riders heels. Like most other bikes in their lineup, the SB5+ features Yeti’s highly praised Switch Infinity suspension platform. Adding Plus sized tyres to the Switch Infinity platform, it’s self already known for significantly improving traction, makes the SB5+ feel like it has a bottomless well of traction to draw on. A point made abundantly clear as I watched Flowers’ casually ride seated up rain slicked sections of Partridge Hill that I’d had to daintily pick my way through to hold traction. 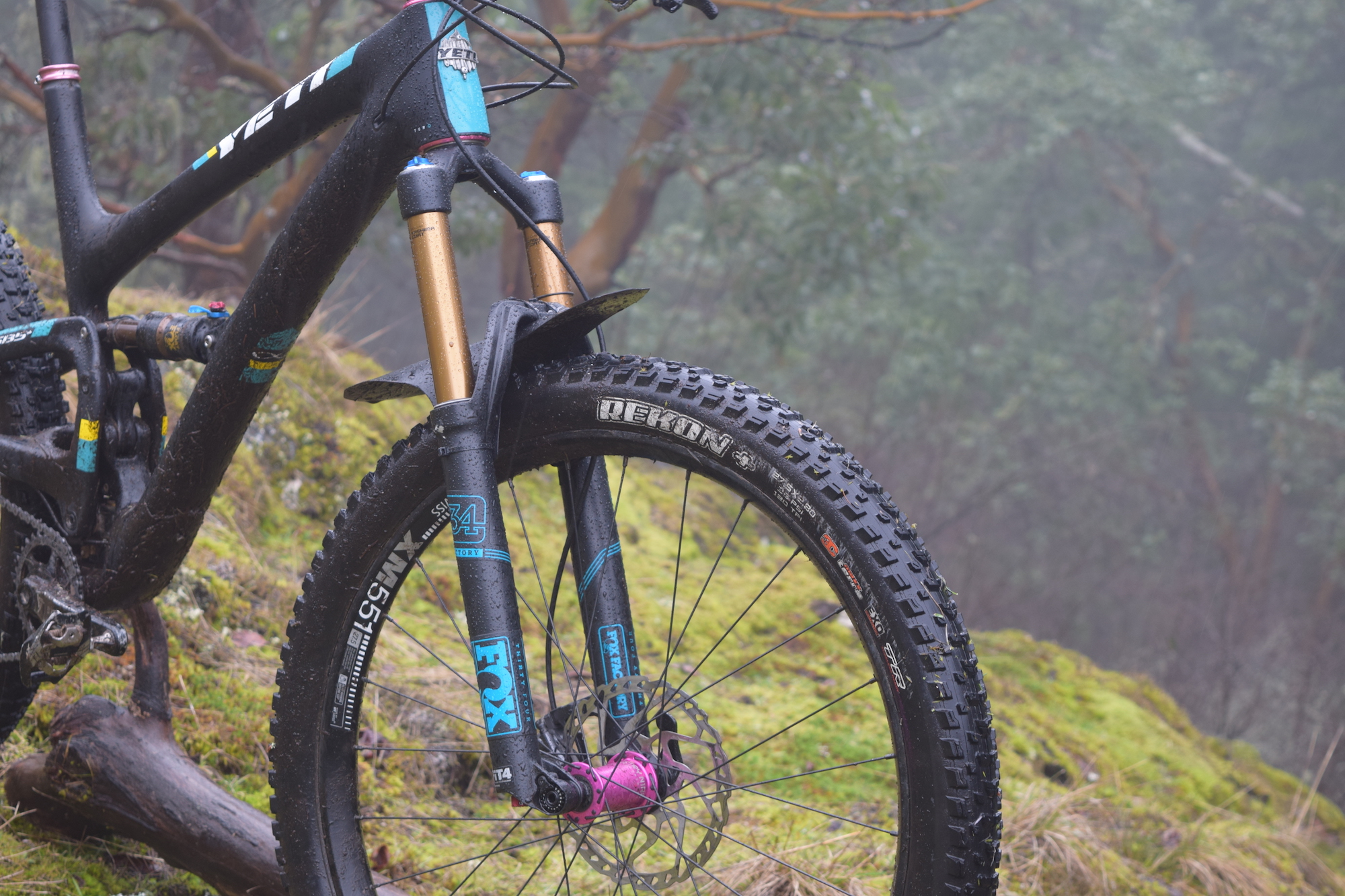 Given Yeti’s well established grounding in gravity racing, it’s no surprise that the SB5+ is a riot when the trail points down. Plus tyres and Switch Infinity may grant endless traction climbing, but they also work magic on the way down, smoothing out rocks and gripping over roots to keep up speed through Victoria’s techy trails. We’re not really keen on math, but even we can put together the equation: more traction + more speed = more fun. Some other appealing numbers from Yeti include 5 In. (127mm) rear travel paired to a 150mm Fox 34 BOOST fork, all on a sub-30lbs bike. Yes, those curves do more than make a pretty frame: they make the SB5+ one of the lightest full suspension Plus options out there. This gives the SB5+ a surprisingly light and playful feel on the trail compared to what you might expect from a Plus bike. 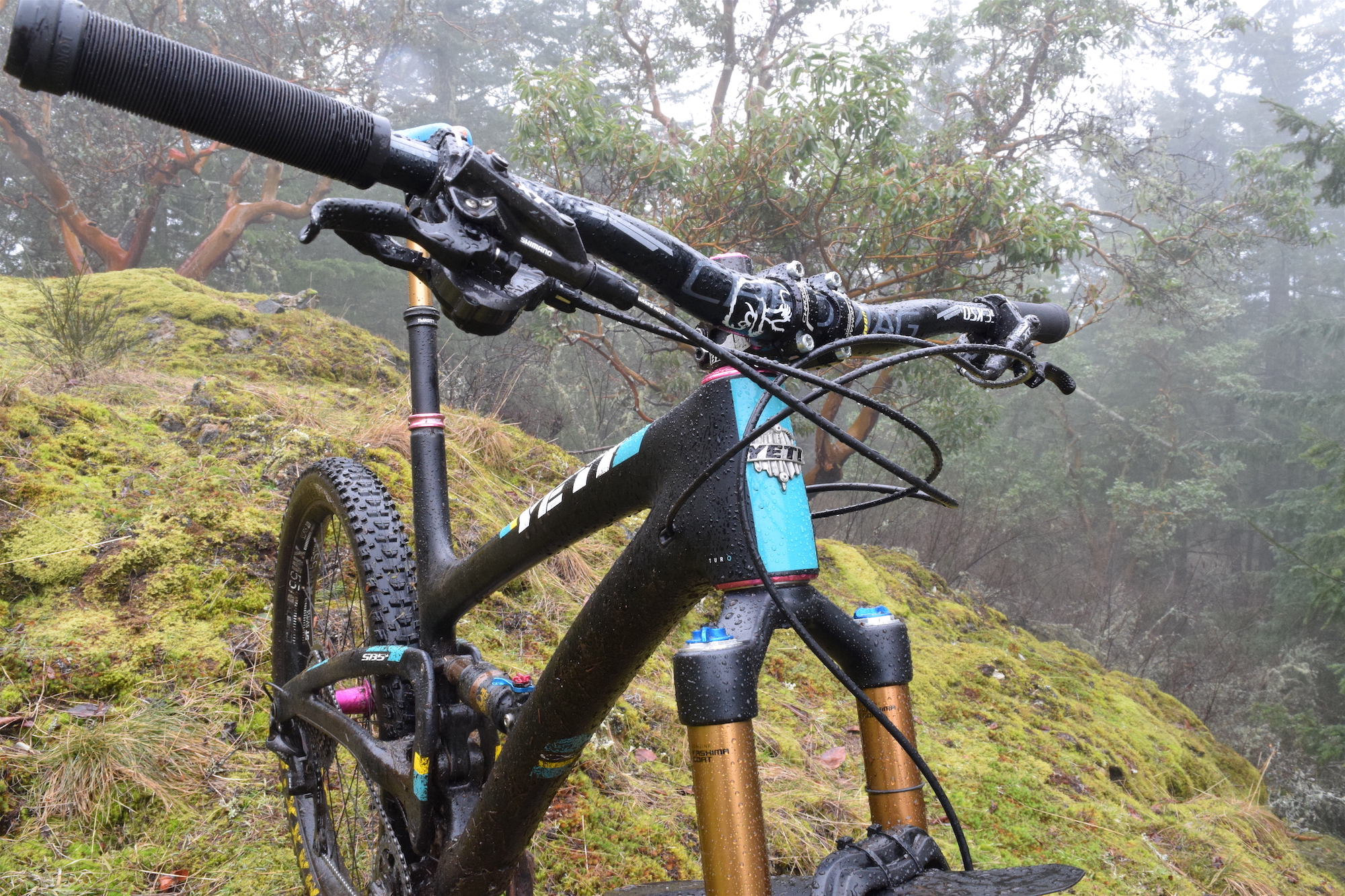 Flower’s has added his own personal touch to Yeti’s already stellar build. First up would be the shiny pink Torch hubs from Asheville, North Carolina based Industry Nine, known for their quick engagement and ‘swarm of angry bees’ freewheel sound. These perfectly match a pink Chris King headset, and a pink seat collar from Victoria’s own Straitline Components. Flowers has also moved to a Chromag OSX 35 bar, with his preferred ODI Longneck BMX grips with the flange trimmed off, to match the 35mm BZA stem, also from Whistler based Chromag Bikes. Last, but far from least, is a Fox Transfer dropper post, kashima coated to match the fork and suspension, hooked up to a Wolf Tooth Components ReMote lever.