Continuing our Gulf Island survey, Ranger Clay and I set sail for one of the smaller, less frequented islands: Saturna Island. While it would be misleading to say Saturna is further afield, or remote in anyway, it’s slightly less convenient ferry schedule seems to be enough of an inconvenience to keep the mass of tourists focused on it’s larger siblings, Saltspring and Galiano. Compared to those ‘busy’ Islands, Saturna has only 350-ish full time residents making for a minimum of traffic, motorized or otherwise. In fact, after leaving the ferry in the morning we were passed by a grand total of eight cars, two of which – the Germans and a nice old powder blue and white truck – made up half the traffic, as they passed us twice in the day. We were visiting mid-week, so there’s a chance on weekends, when both stores are open, it’s a bustling, crazy happening party. I’m not betting on it, though. 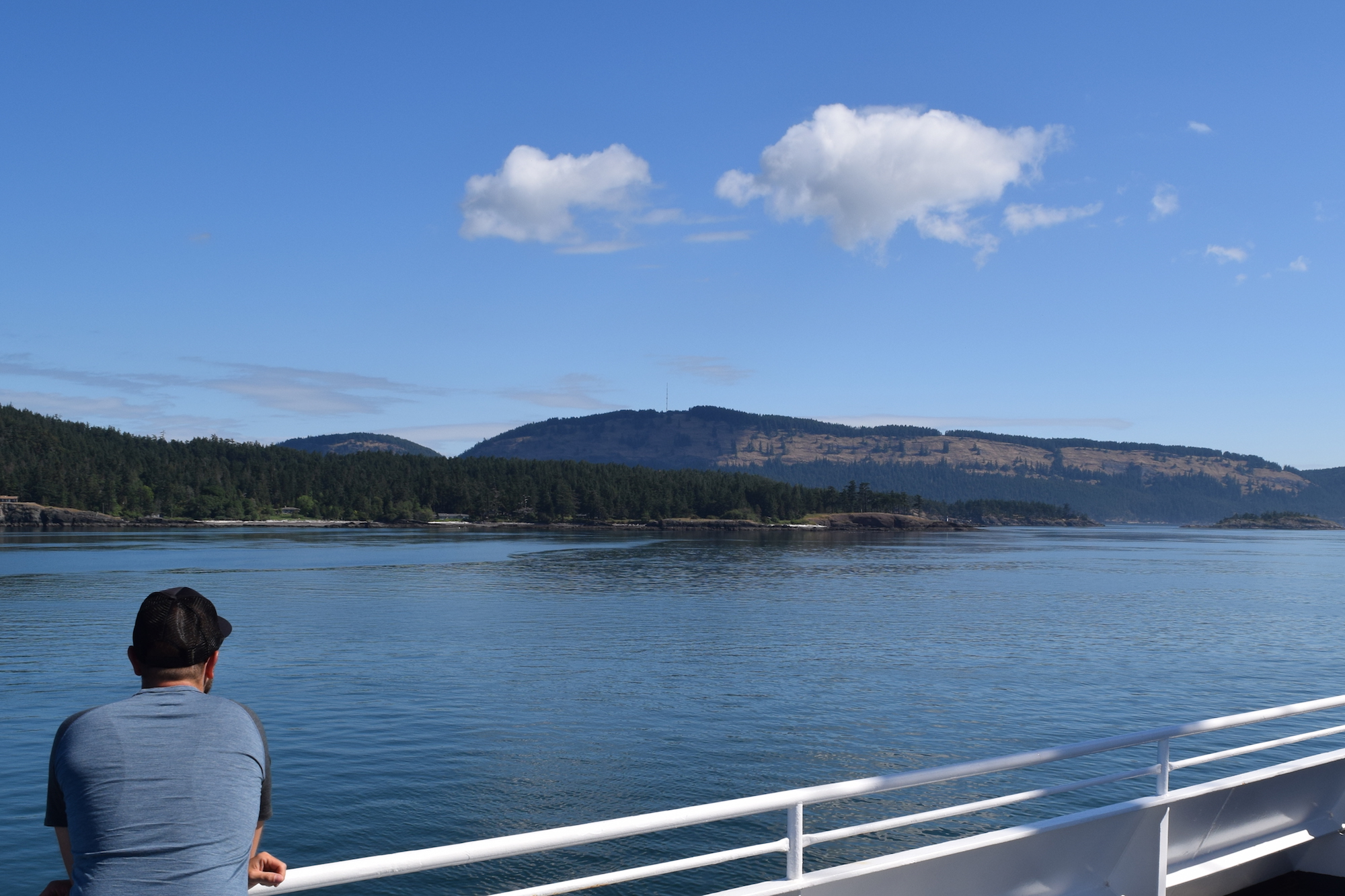 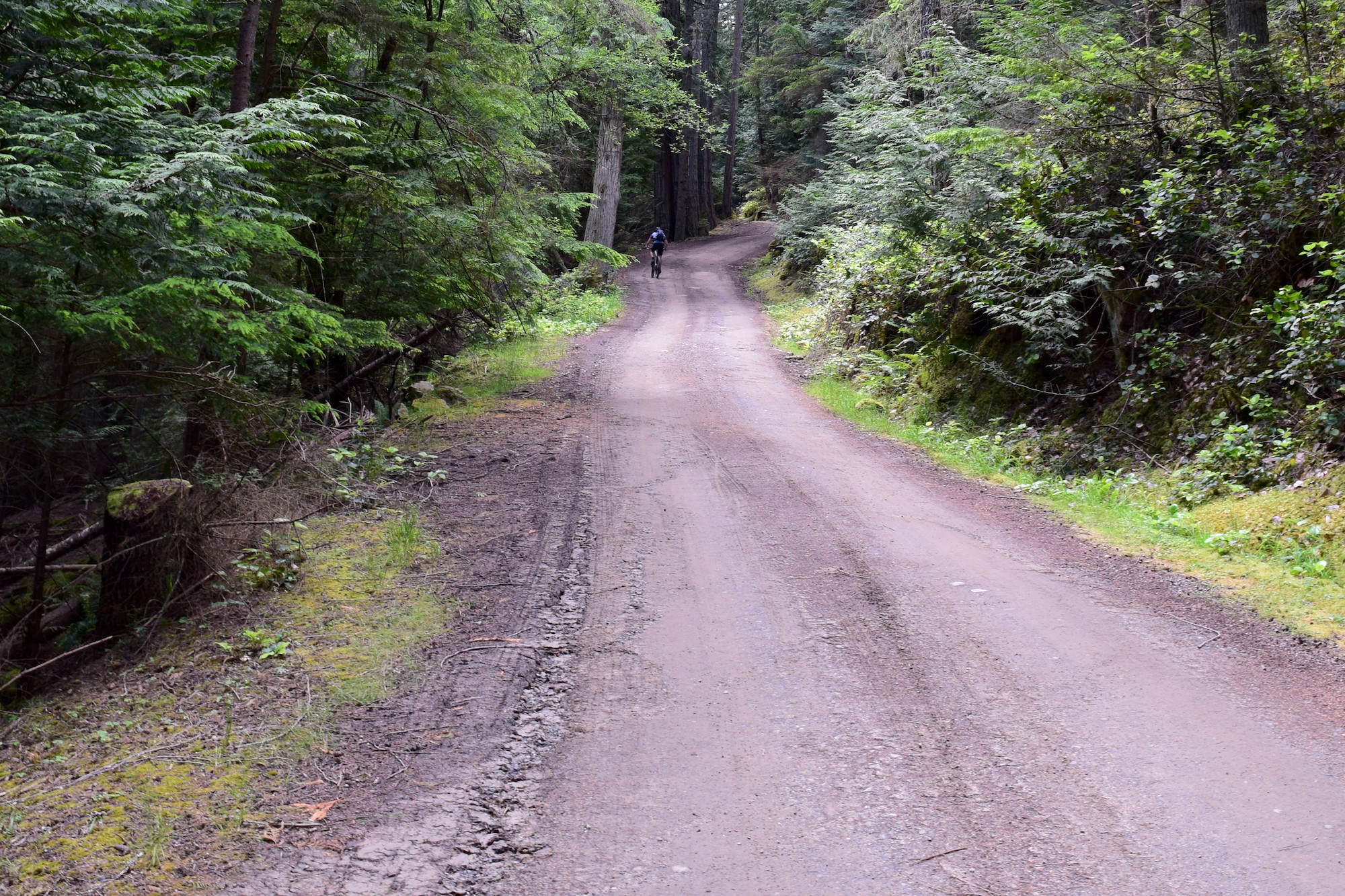 The impetus for our trip was a trip up to Brown Ridge, the prominent feature you’ll pass as you approach on the ferry. This has been on both our wish lists for years, since it was featured in Union Co’s ‘The Escape’ series, but one that the minimal effort of reading the ferry schedule had kept either of us from visiting until recently. We’d planned our trip around the bonus daylight hours of the Summer Solstice so we had plenty of time before our return sailing but, deciding not to tempt fate, we headed straight from the ferry up to the ridge. Maybe we should have added in a couple warm up laps on the boat deck, as the road climbs up 400+m on steep paved, then dirt roads straight to the summit lookout with remarkable efficiency. More than a little out of breath, we decided this was a good time to take a break, and take in the stunning vista looking back across the Gulf Islands towards Victoria. 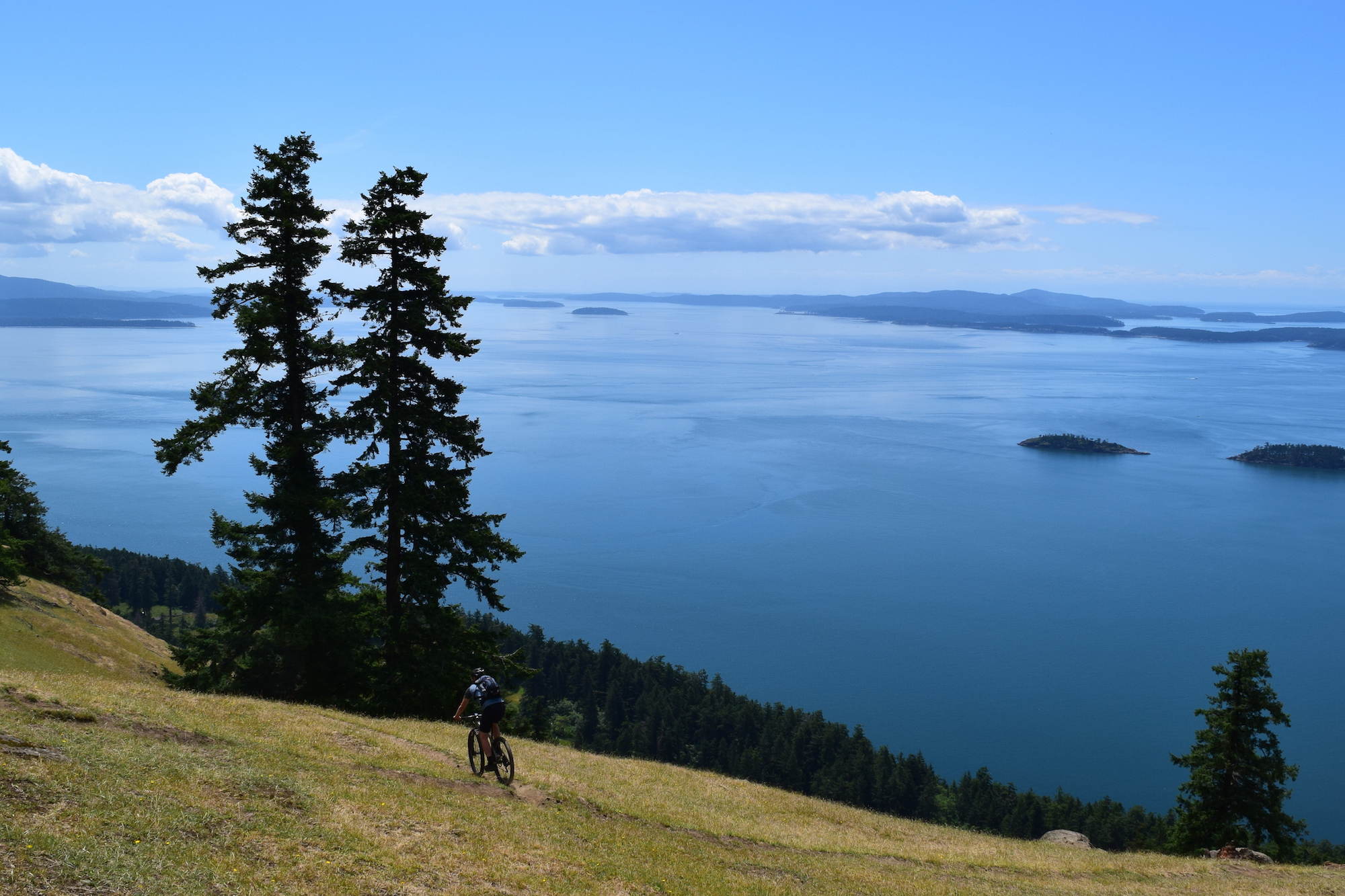 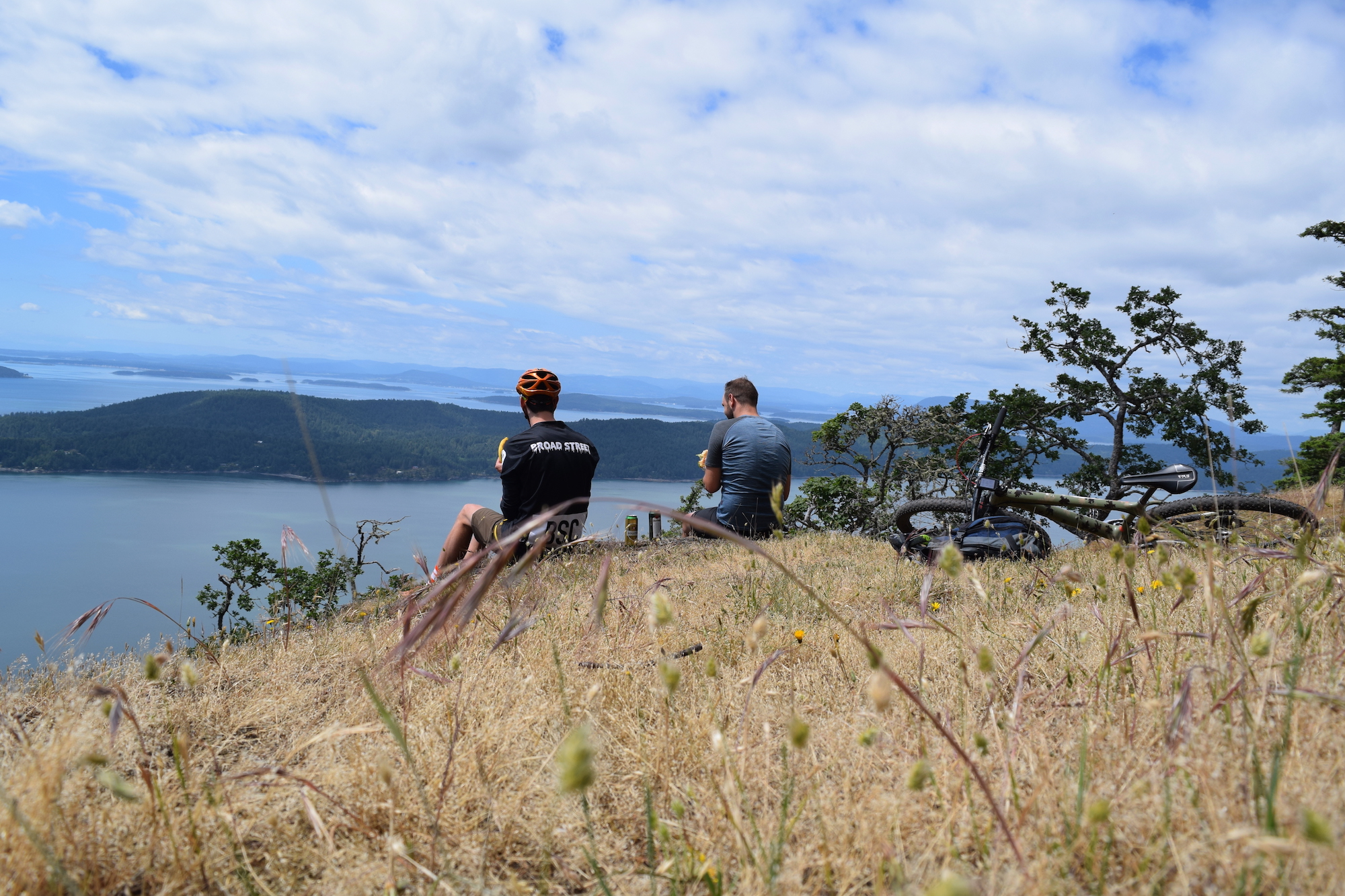 From the summit, there’s a network of narrow, sandy trails leading down on the ridge line toward Navarez Bay. Literally hammered into the ground by the ridges resident goat population, we quickly learned that anything looking like dirt was probably goat poop and to be avoided. We were also reminded that goats are not particularly mindful of cliffs, so you can’t just follow whatever track you feel like in the comfort that it’ll stay above the top. But, that said, it was one of the cooler ridge trails either of us had followed anywhere near Victoria. We were torn between wanting to keep moving, and stopping to enjoy the view the vertical cliff afforded. 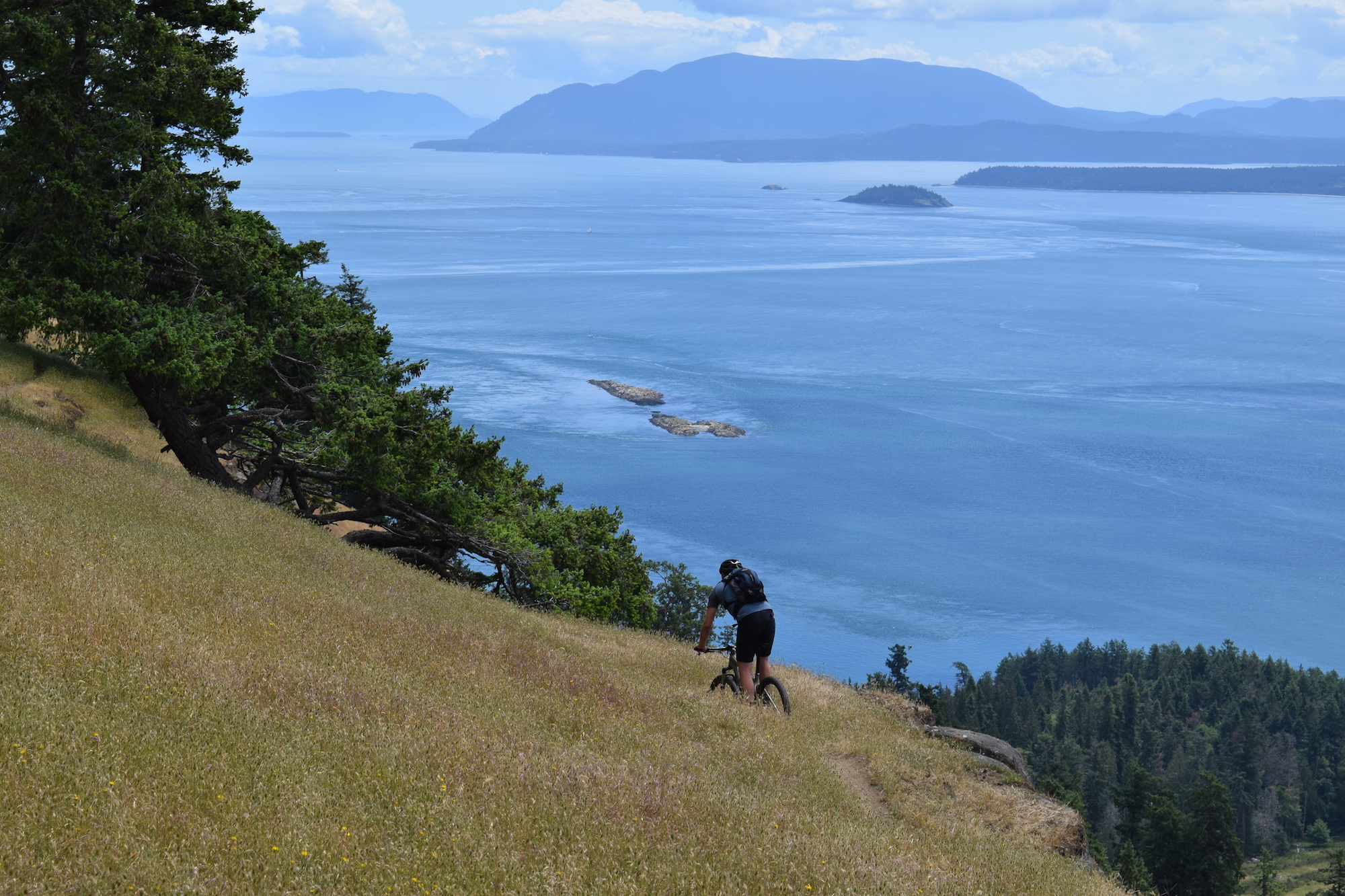 Our next lesson involved stinging nettle. It stings, like rubbing an especially good hot sauce on your skin. Clay mentioned some leaf that counteracts this effect, but there was none nearby that we could find. Hoping that cold water might sooth the mild discomfort of the stinging nettle, we headed across the island towards Veruna Bay. A quiet, smaller beach tucked away on a dead end road, Veruna Bay is a nice sandy beach perfectly situated to catch the late afternoon sun. There’s a number of beaches and coves on Saturna, but not all of them are as idyllic for swimming, making Veruna worth the extra effort. 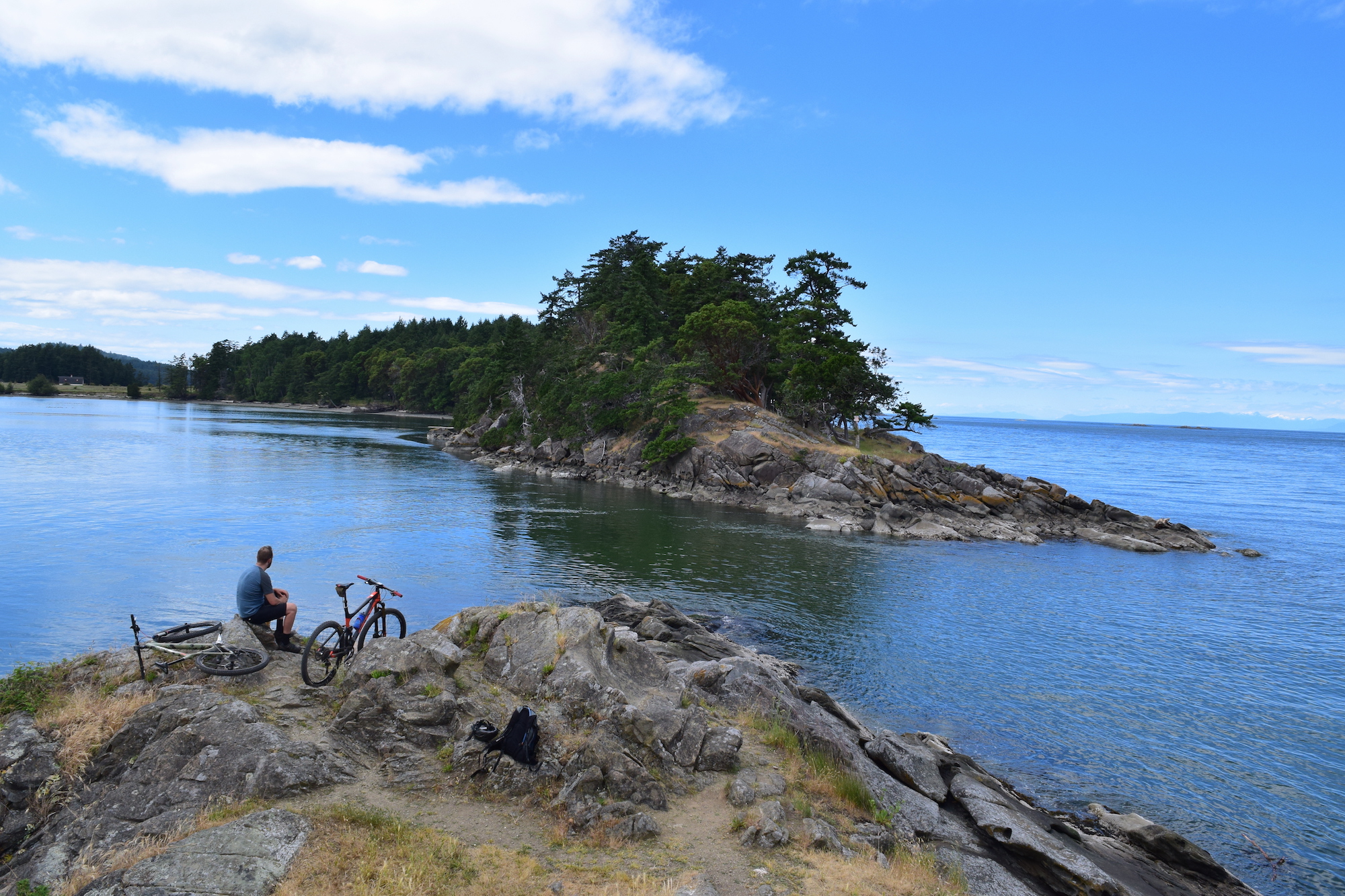 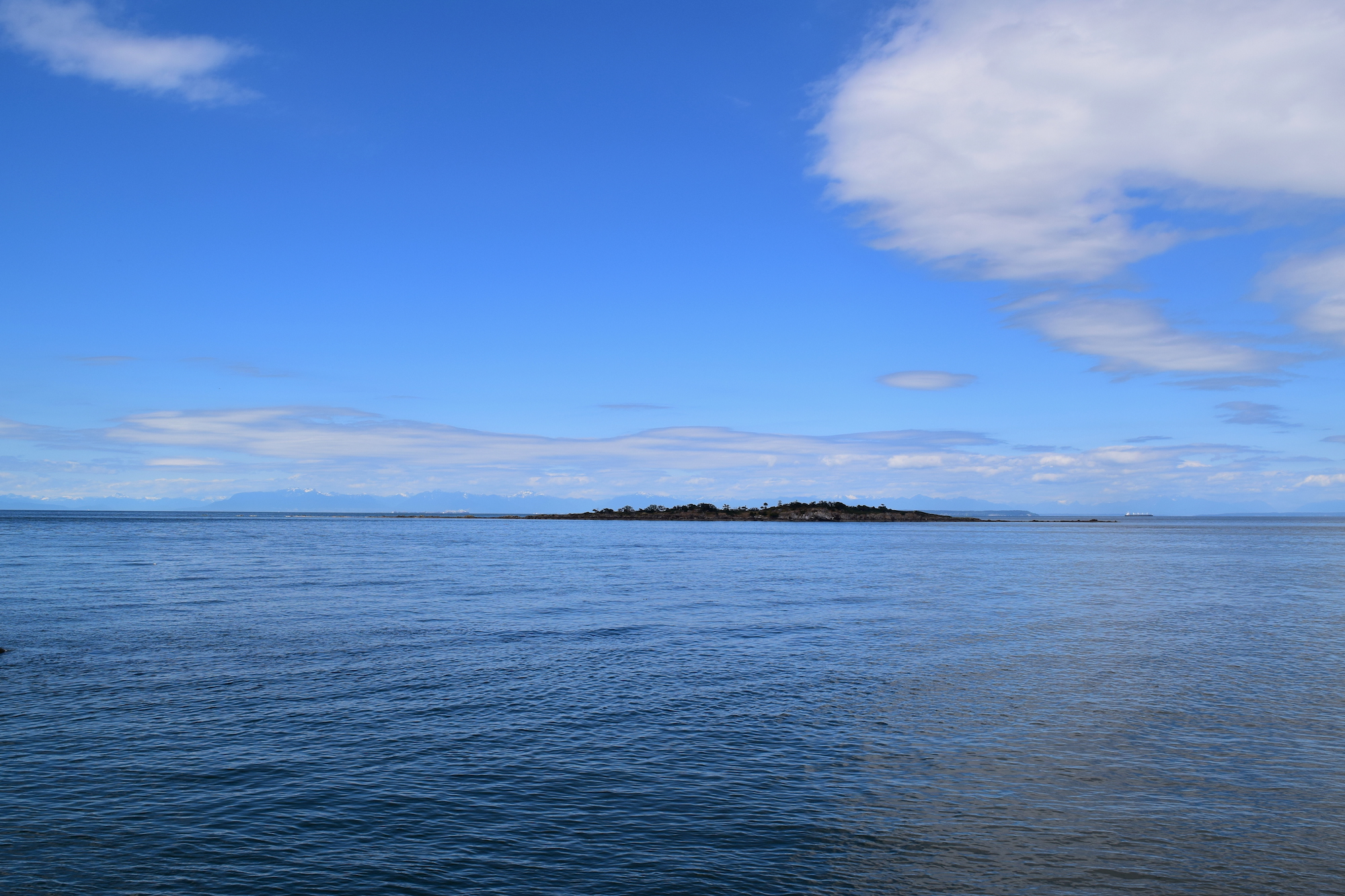 Suitably refreshed, we headed over to Winter Cove where a short walk in led us to an excellent spot overlooking the gap between Saturna and Samuel Islands, with a view across the Belle Chain Islets, with Tsawassen and Vancouver just visible in the distance. Winter Cove is part of the Gulf Island National Park Reserve (GINPR), and a kindly park ranger reminded us that we would have to walk our bikes in Winter Cove. Which brings us to a point worth mentioning: not everything on Saturna is either open to bikes, or at all practical to ride on bikes. The hike out to Murder Point, for example, is very awesome and leads to an old set of ruins. But it’s not even hike-a-bike friendly. That said, Saturna’s still ideal to explore by bike – just maybe bring a lock and some shoes so you don’t miss out on the cool stuff. You don’t even have to run, cyclists, you can just walk around. They call it ‘hiking’ out here. The island is small enough to see quite a bit in a day or, with one of their many cool sites, overnight and see even more. That’ll give you time to see both of Saturna’s pubs, and at a leisurely pace. Saturna definitely encourages moving at a slower pace, even relative to normal ‘Island time,’ (so frame-by-frame slow-motion video, for you mainlanders), so slow down, settle in, and enjoy! While we didn’t see all of the island, we covered enough ground that we were happy to head back to the ferry and start the less than direct trip home. 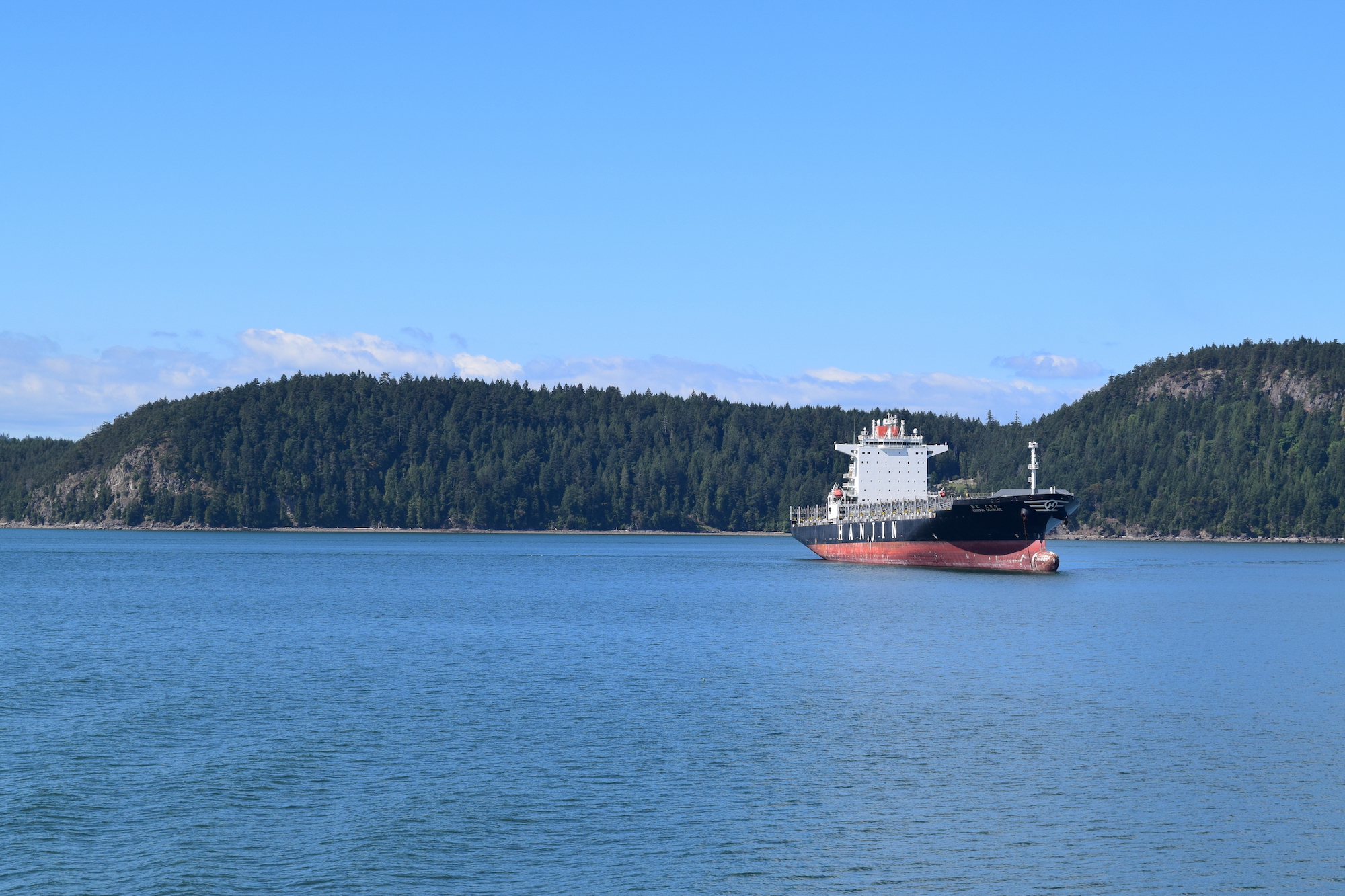 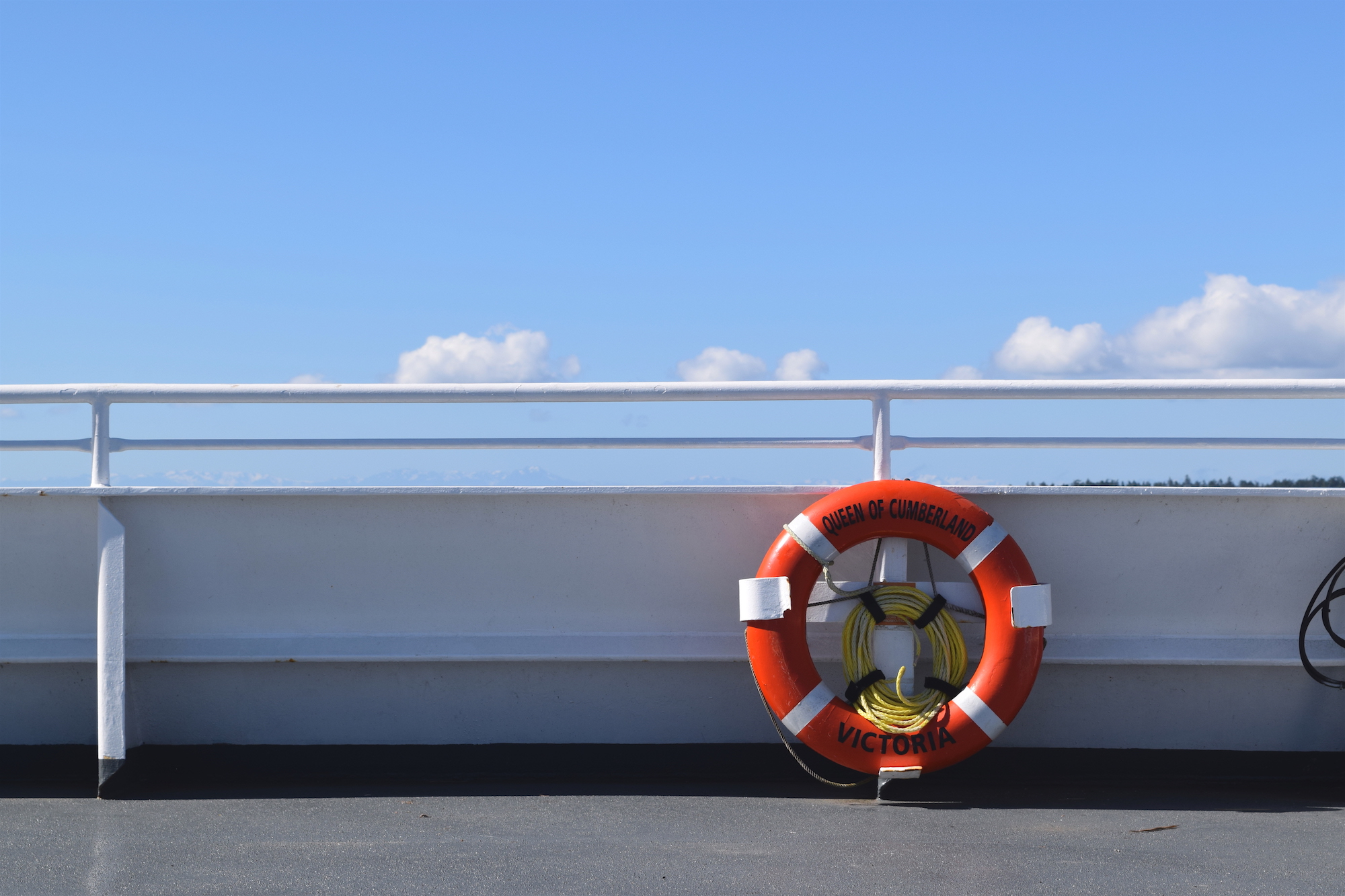