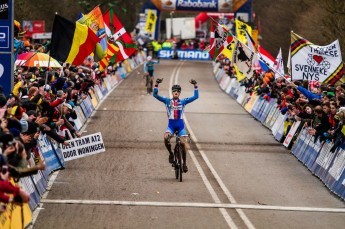 Last Sunday’s Cyclocross World Championships in Hoogerheide, Netherlands put a bow on the 2014/ 15 CX racing season, for racers and course-side spectators, as well as international fans watching through grainy internet feeds. And consider me impressed.

The full-tilt joust between Nys and Stybar was some vintage cross racing, and illustrated perfectly the strengths of the two crack cross racers. In particular, Stybar’s power-slide accelerations out of the course’s corners proved fun to watch, and was a good foil for Nys’ almost invisible tempo, and usually flawless execution.

The pro cross season saw a number of thrilling duels, and proved far more open among the top euro ranks than before.

22 year old Lars van der Haar stormed to his first of three World Cup wins, clinching the overall title. Having a such a young, punchy racer put the fear into the big guns has been a great development.

Contributing to the shake up of Belgian CX domination, French national champ Francis Mourey got his World Cup win in the blood bath of Namur.

With luck, the 2014/15 season will have a similar unpredictable makeup, with the Belgians having to really fight for their title of most competent crossers.

During all of the mud-slinging, anaerobic activity at Hoogerheide, Focus Bikes announced their latest iteration of their already excellent Mares race machine.  This thing looks pretty dialed.

Available in either canti or disc, complete with thru-axles, a lighter frame, and slightly taller headtubes, Broad Street Cycles is psyched to outfit a number of Cross On The Rocks racers with this winning race formula for next season.

Euro cross is a cool thing, as are the latest high-end carbon frames, but the heart & soul of our shop is still low-tech grassroots racing. The local cyclocross scene wrapped up with a trio of cool races, put on by ourselves and the crew over at stuckylife.com.  Check out event details HERE including some wicked footage courtesy of Aiden’s Go-Pro setup: Semiprestige POV 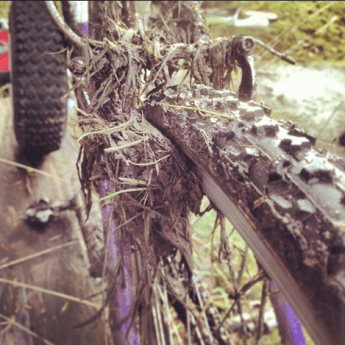 Now in it’s fifth iteration, this highly technical cyclocross race is run at Hartland MTB park, gathering 52 racers, and about two-dozen spectators for an always thrilling battle on the wrong equipment for the job. Tom Skinner narrowly took the title, for the third time, from Rob Parkin, who set a blistering tempo late in the race.

In particular, the number of off-island, and up-island participants that made the trip down for our crazy little event was notable.

Stay tuned for more off-camber and off-kilter underground racing as the year heats up. 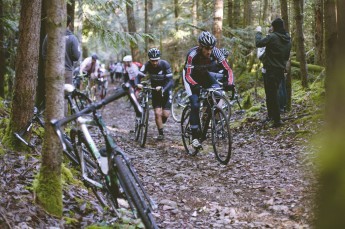