Here on Vancouver Island we’re lucky to have one hell of a local cyclocross series, full of excellent venues and even better people all fall. Some of us, however, are luckier than others. Luck often has a way of of aligning itself with karma, fate, or whatever version of general good vibes you believe in, and so it happened that, at the end of Cross on the Rock 2014, Neil won the annual draw for one of Sam’s fully custom, handmade, steel Naked X bikes. As happy as we, and anyone who knows Neil, were to see him win, we’re even more stoked to see him ride this amazing Naked X15 out of the shop. 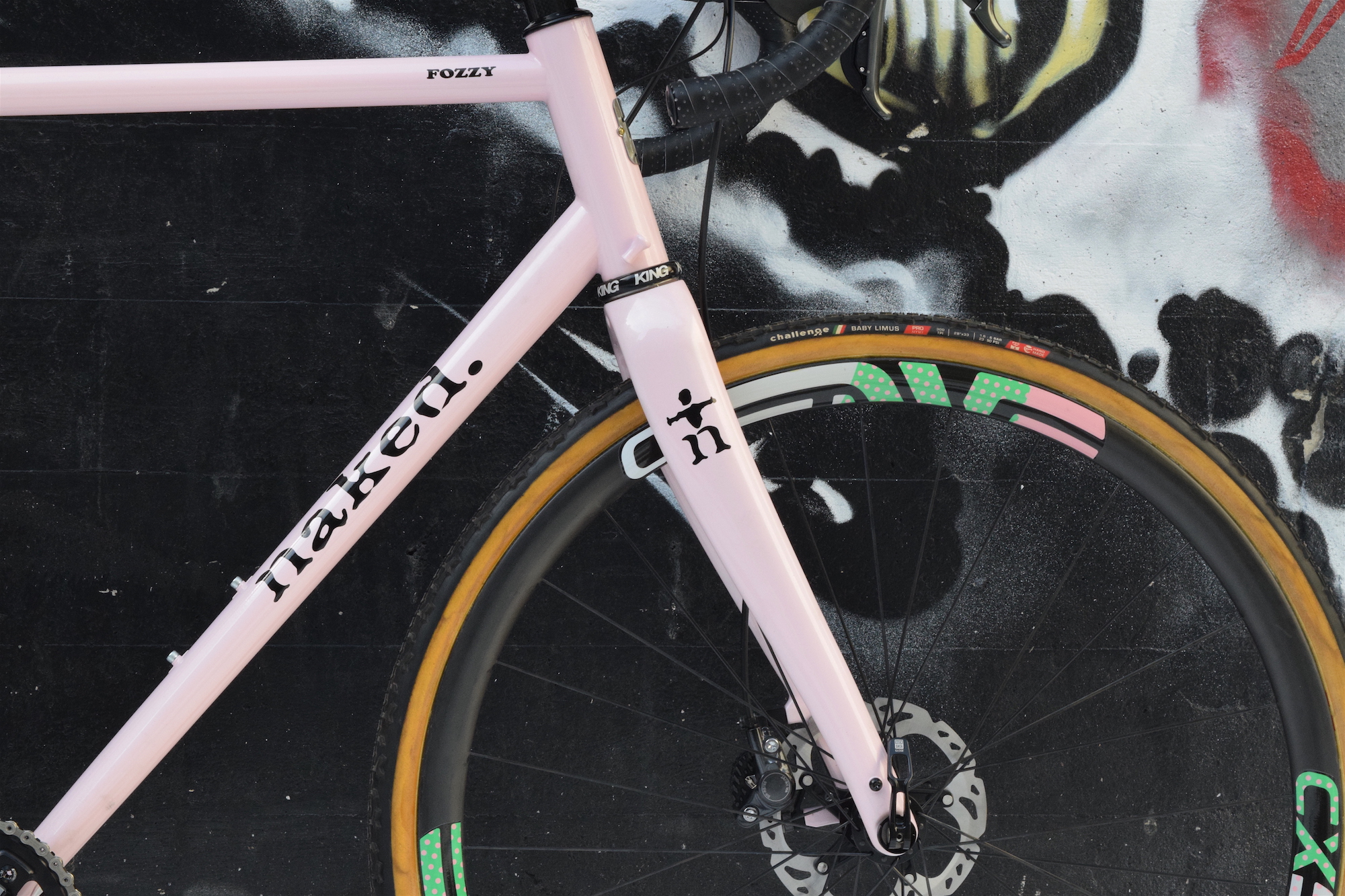 Wait. We can hear you asking: ‘end of 2014?’ Yes, in an otherworldly display of patience and restraint, Neil’s been sitting on this frame, slowly accumulating the parts for a killer build. In his words: ‘build it once, build it right.’ While we may never fully comprehend that level of self control, we’re fully on board with the incredible build he’s put together. Sam’s Naked Bicycles frames always look stunning, even dressed up in the most utilitarian parts kits, and Neil’s subtle pink sparkle X15 has been turning heads and racking up double takes since it arrived at Broad Street Cycles. It’s no secret that we ❤️ sparkles. But these sparkles are especially subtle, magical, making you doubt if you actually see them and drawing you in for a closer look. They’re there. They’re the lightest coat of Quadra Island unicorn dust, the faintest echo’s of disco, as if the bike’s whispering to you: “Par-ty, par-ty, par-ty.” It’s the slowest crescendo of glitter waiting for the fall, waiting for it’s time to shine. 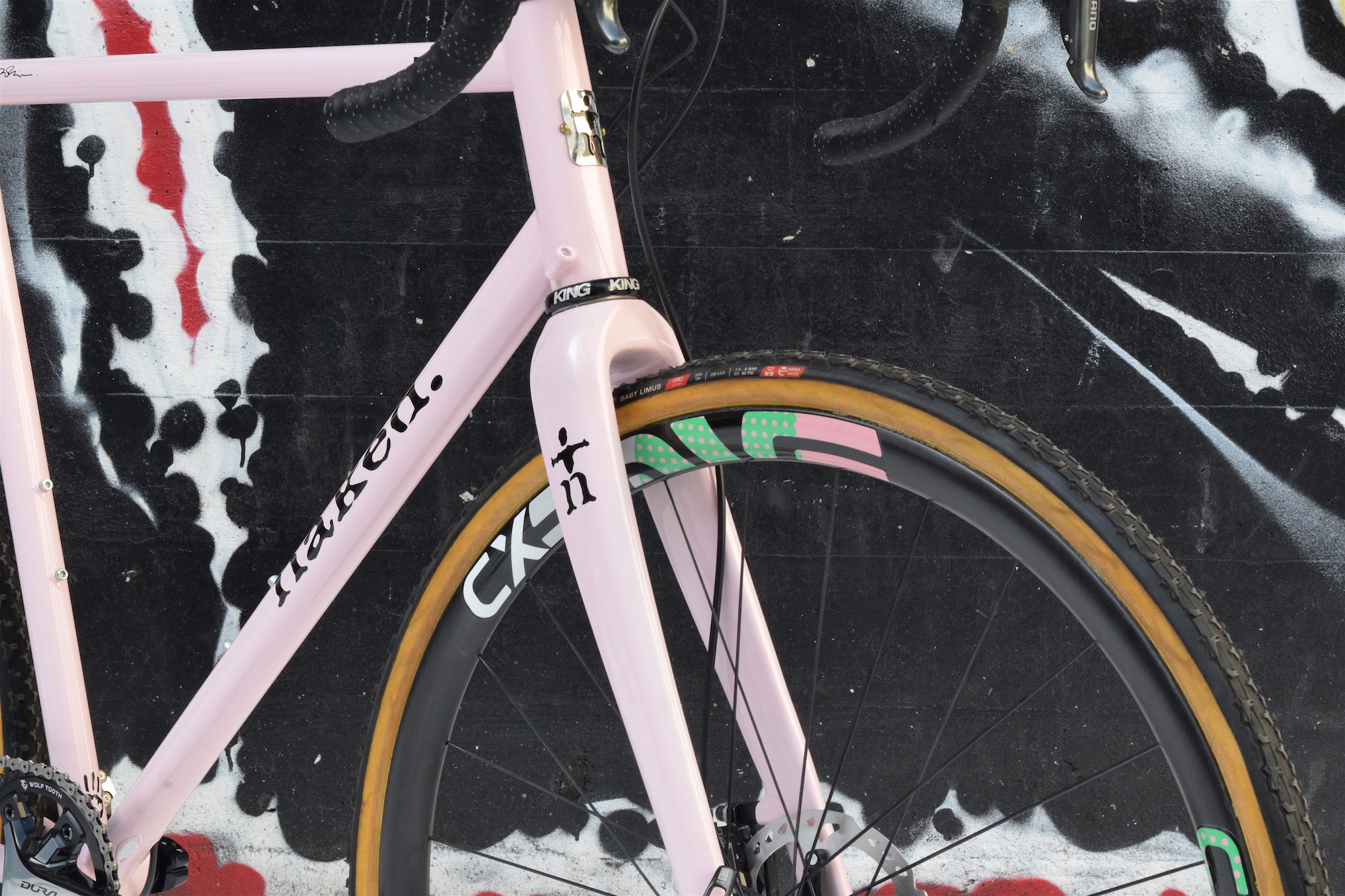 Neil’s patience paid off in spades. Just as he was ready to ready to finish building his X15, ENVE Composites released their monthly limited edition wheels for November 2016: a collaboration with Vienna’s Brillibrilliant / Unicorn following BBUC’s #outdoordisco theme. Maybe it has something to do with their shared obsession with cyclocross, but Sam’s steel handiwork and understated pink sparkles matches perfectly with this merger of ENVE’s American made carbon and BBUC’s European flair. For the detail oriented, the wheels are ENVE’s disc specific CX tubular rims laced to black Chris King ceramic hubs, to which Neil’s had Challenge Baby Limus rubber glued. 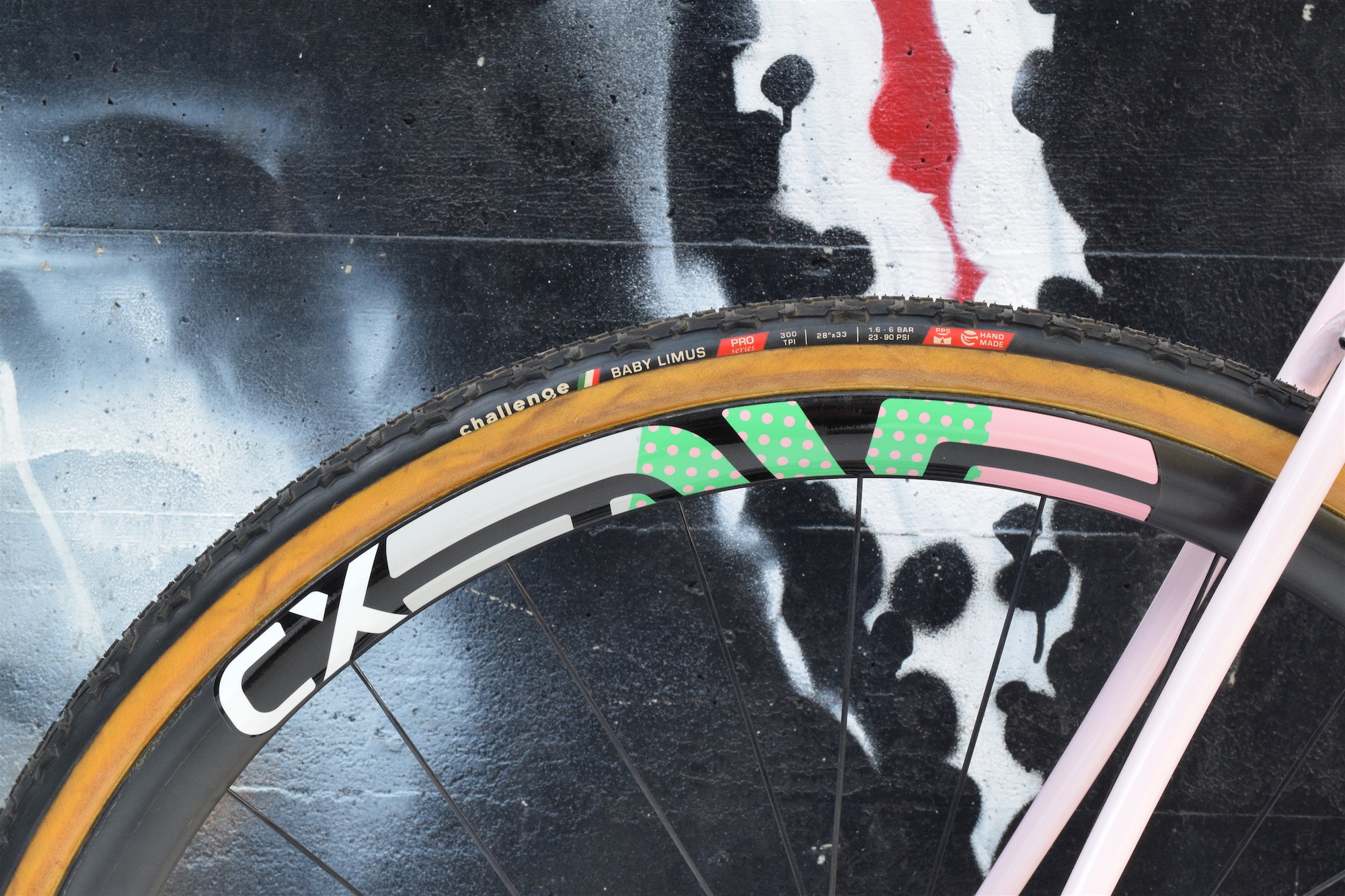 Aside from assorted Thomson goodness, the remaining standout feature of Neil’s Naked X15 would be the Shimano RS-6875 levers and brakes. Spotted under Euro pro’s and Parker all last season, they allow Shimano’s XT Di2 derailleur to be paired with Shimano’s hydraulic road disc system. Consistent with Shimano’s obsession with perfection and continuity, the RS-6875 levers will remain ‘non-series’ until it is decided that they meet the standard of the Dura-Ace name and fit in with a complete drivetrain system. For Neil’s build, they’re paired with XT Di2 shifting, Dura-Ace cranks, a Wolf Tooth drop-stop chainring and Chris King bottom bracket. As if there was any doubt from the rest of the build, with Shimano XT Di2, this bike goes to 11. 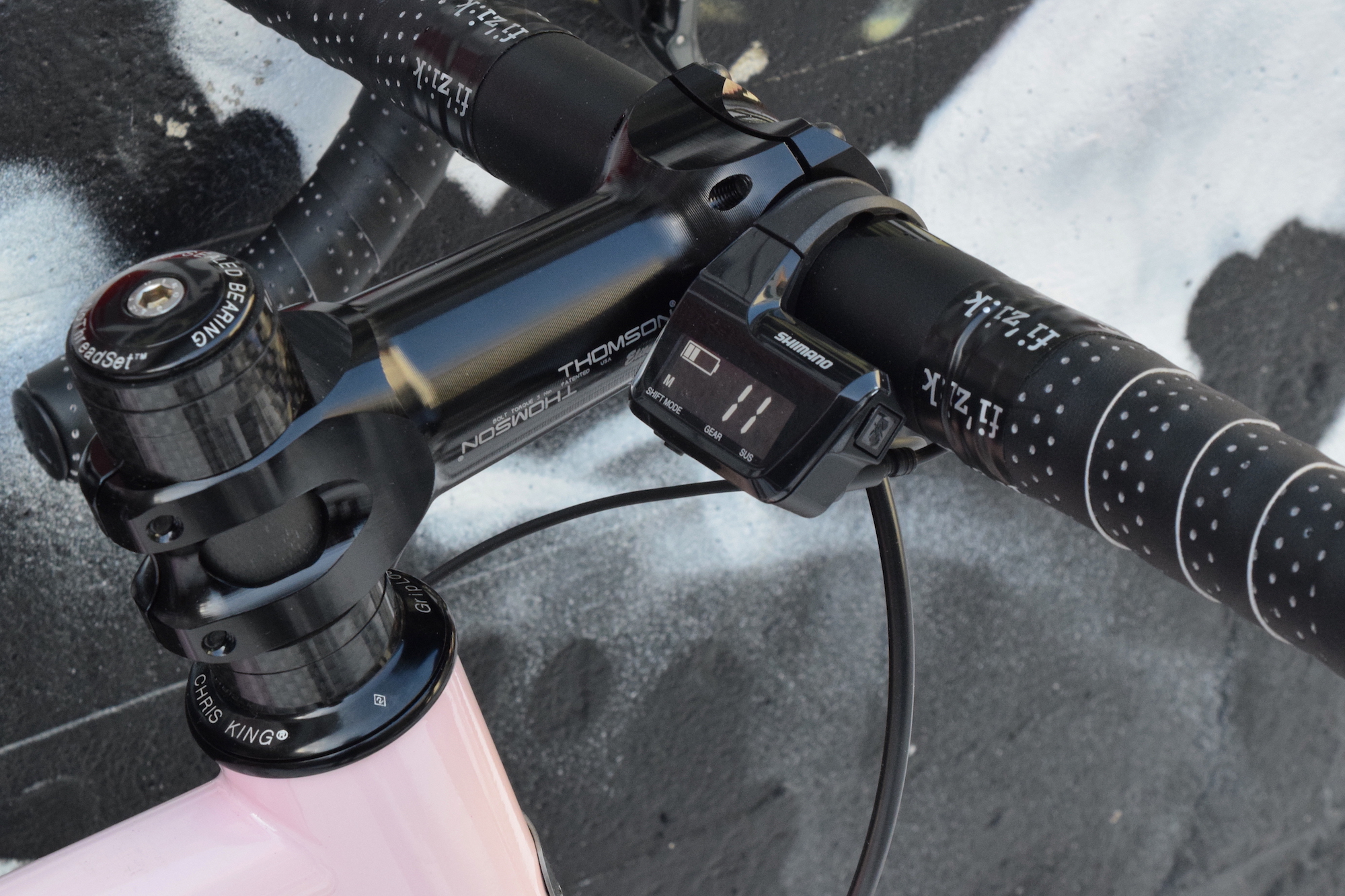 Hey! Did you hear the one about that Naked X15 bike? We can’t think of a punch line, because hand built steel bikes are no joke! Wakka wakka! Click on the thumbnail’s below for more pictures and all the sparkly details on Neil’s stunner of a CX build: