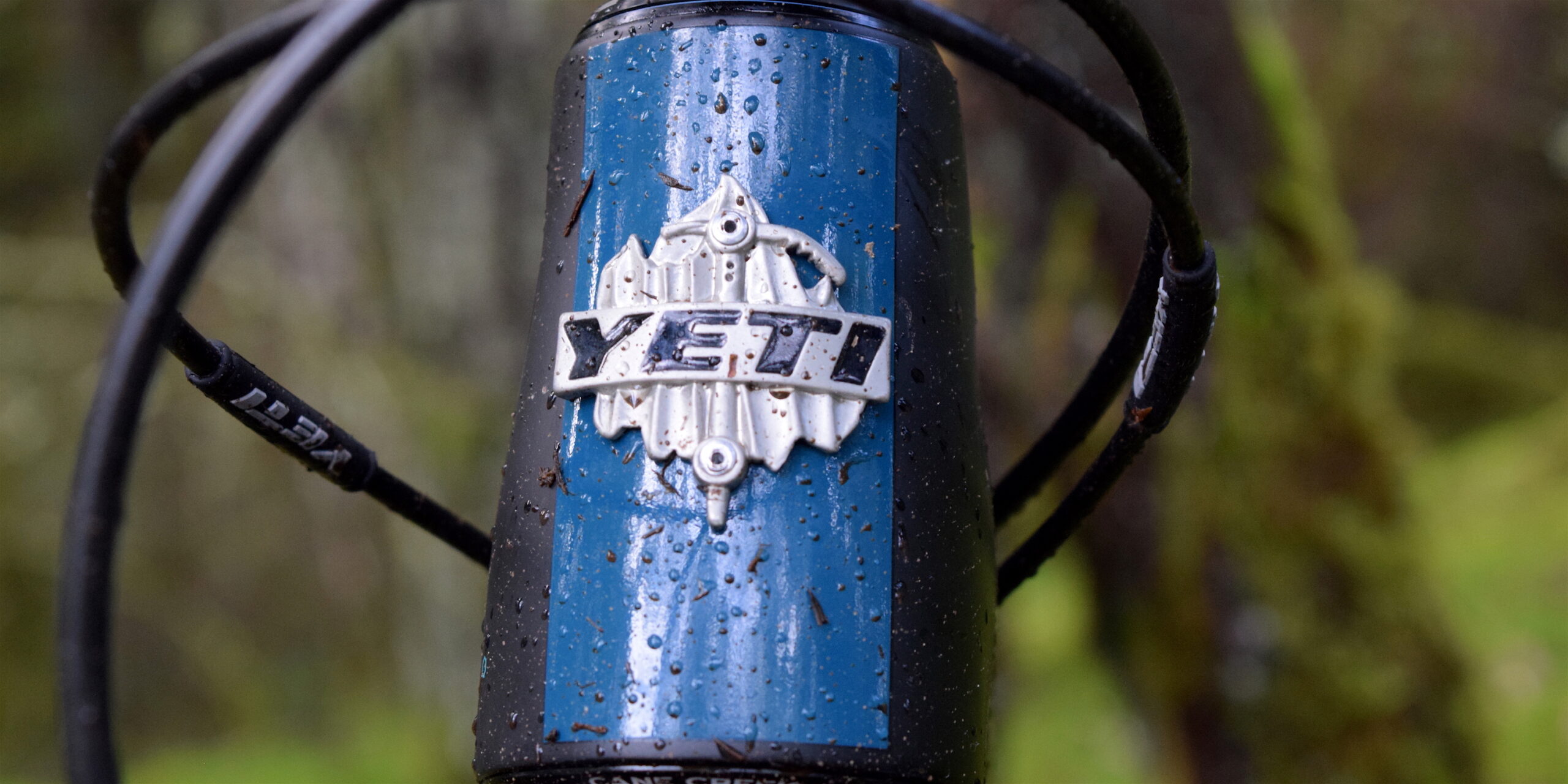 Gone are the days where mountain bikers were forced to choose between a bike that was ‘xc fast’ – that would climb well, weigh next to nothing – and a bike that was ‘fun’ – that was playful and confidence inspiring once the trail pointed down. If there was any question that the fast-fun gap was disappearing, Yeti obliterated it with their SB4.5c: a 29”er a comfortable tackling hour long climbs as it is destroying whatever trail that put you at the top of. The SB4.5c pops out of corners, immediately demanding you preform a wheelie. In Cody’s words, it’s like the bikes yelling at you – goddammit, just manual the whole thing!

“Hand Built. Race Bred.” Yeti has an impressive, long track record of winning races. From 90’s XC and DH to current Enduro World Series champion Richie Rude, Yeti really, really knows how to make bikes that want to go fast. While Yeti’s 27.5″ wheeled SB6 is the trail killer most often seen under Rude, the SB4.5c is a bit more versatile. It’s an “all day climb and still destroy your friends on the way down” type bike. At 4.5″ (114mm) rear travel, with 140mm up front, The Sb4.5c has a more balanced feel, perfect for us mere mortals who want to enjoy all aspects of the ride, while Rude is off riding with a single-minded focus on crushing rock gardens and gap jumps. 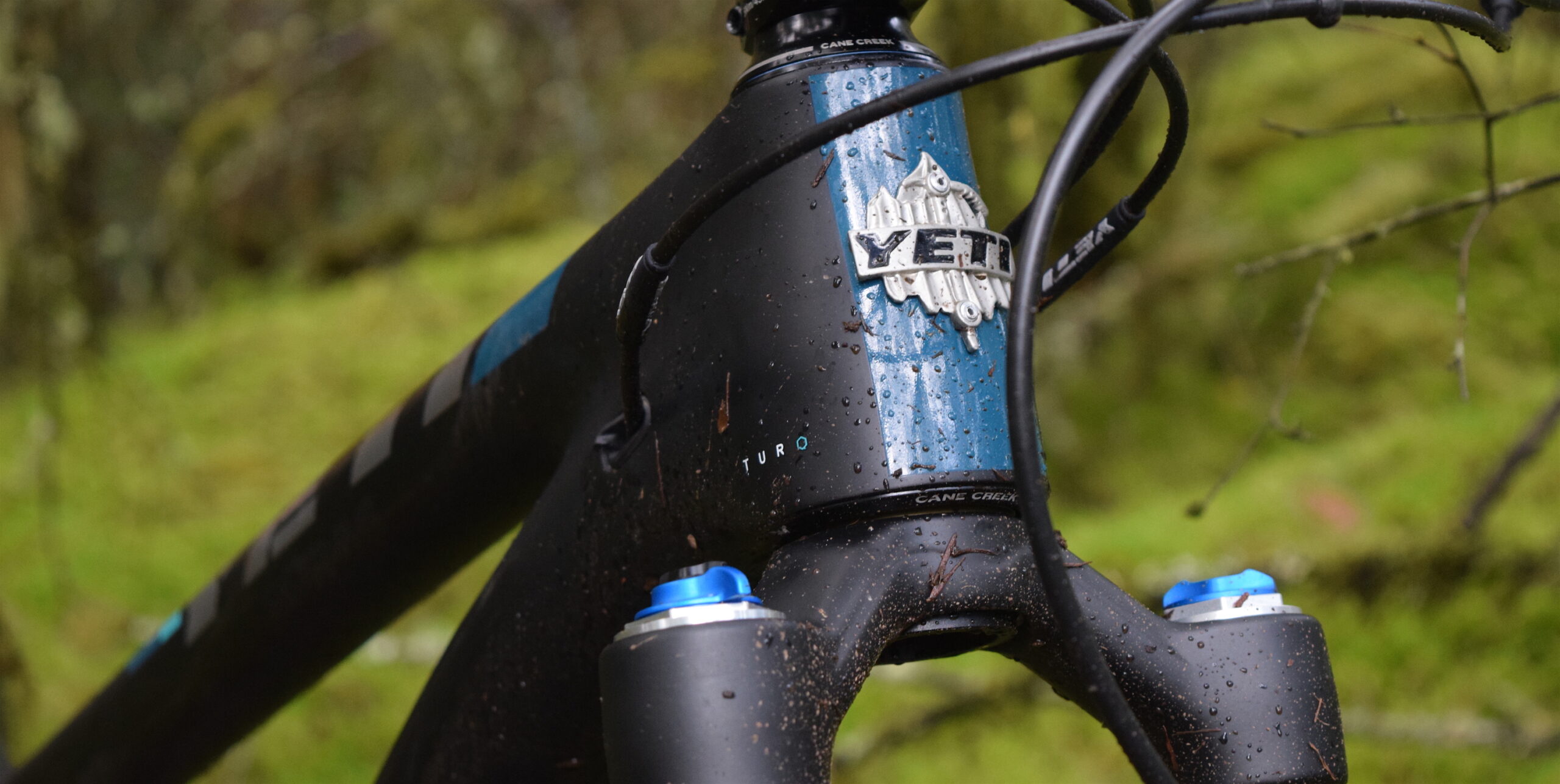 For 2017 Yeti’s split their lineup into the top end, TURQ series, and the more budget conscious Carbon series. Both are full carbon frames, with the difference being in type of carbon used and a little extra weight on the Carbon series. Cody still wants to race XC this year, as well as some enduro events, so it’s the full TURQ treatment for this SB4.5c to save weight and for a higher end parts spec. The SB4.5c will happily do that, while still being more than capable of toeing the line at the next BC Enduro Series or Island Cup event. 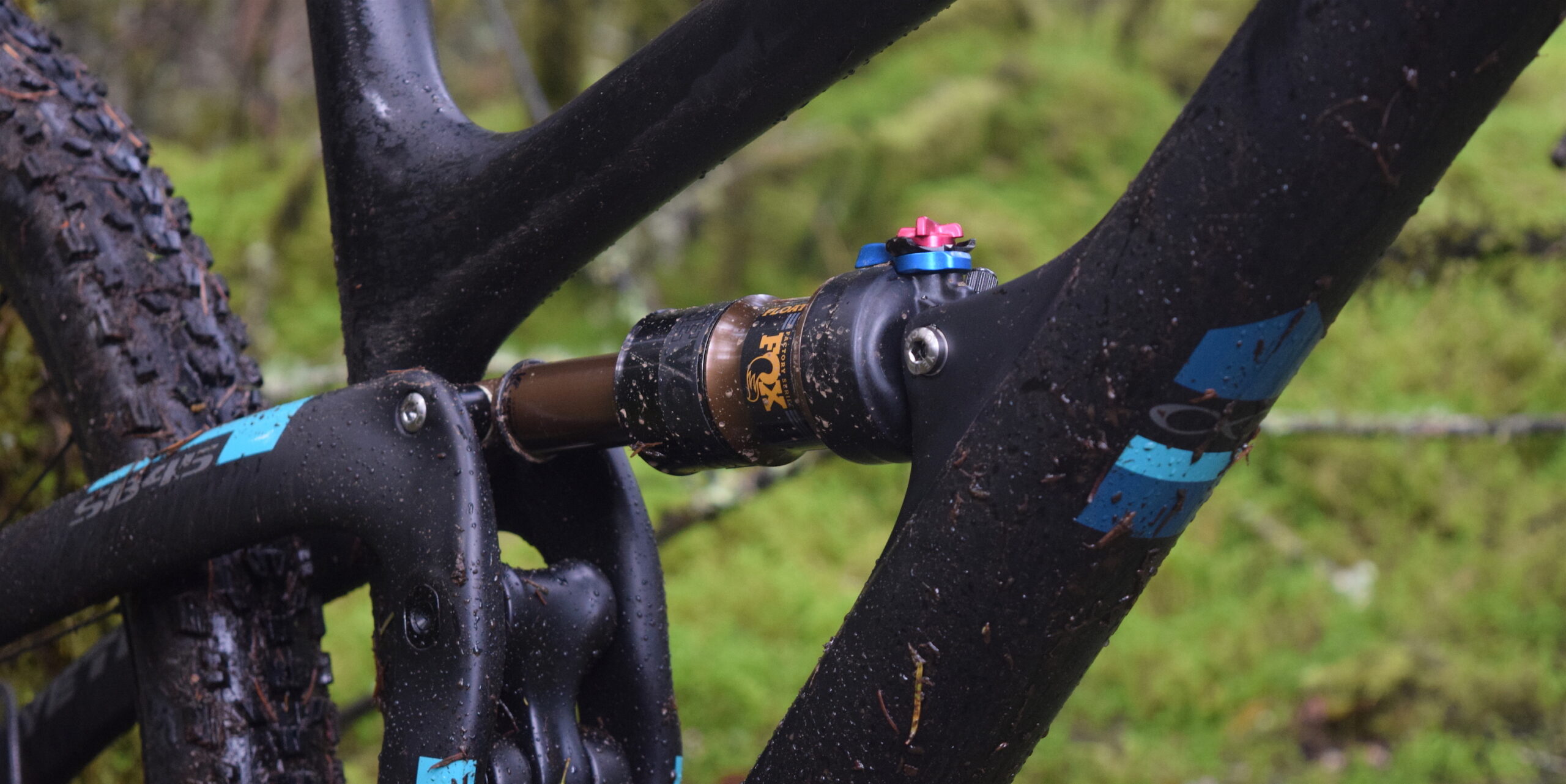 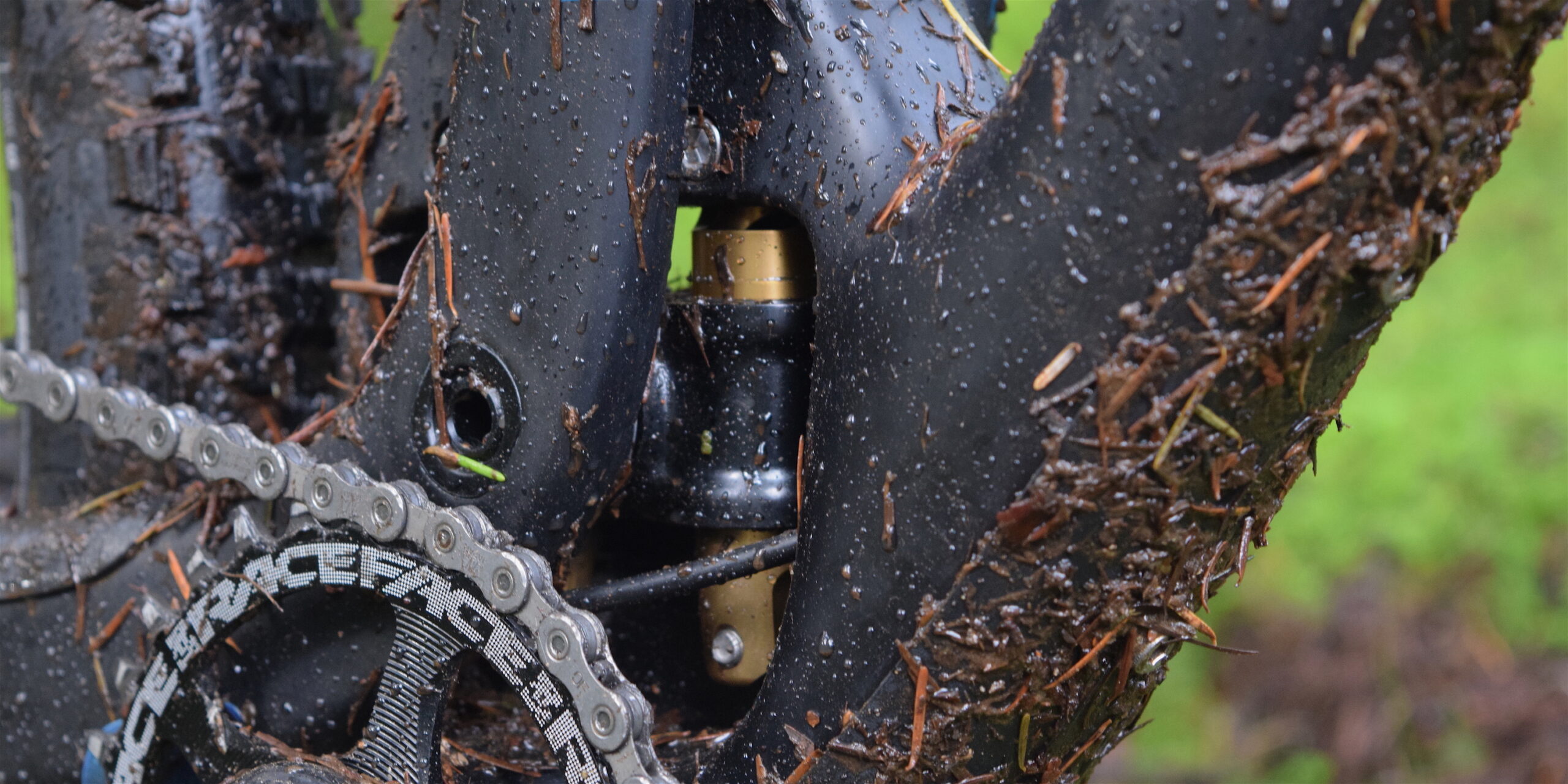 The inner workings of the Switch Infinity Link. Surprisingly good at staying clean on a wet, wet day 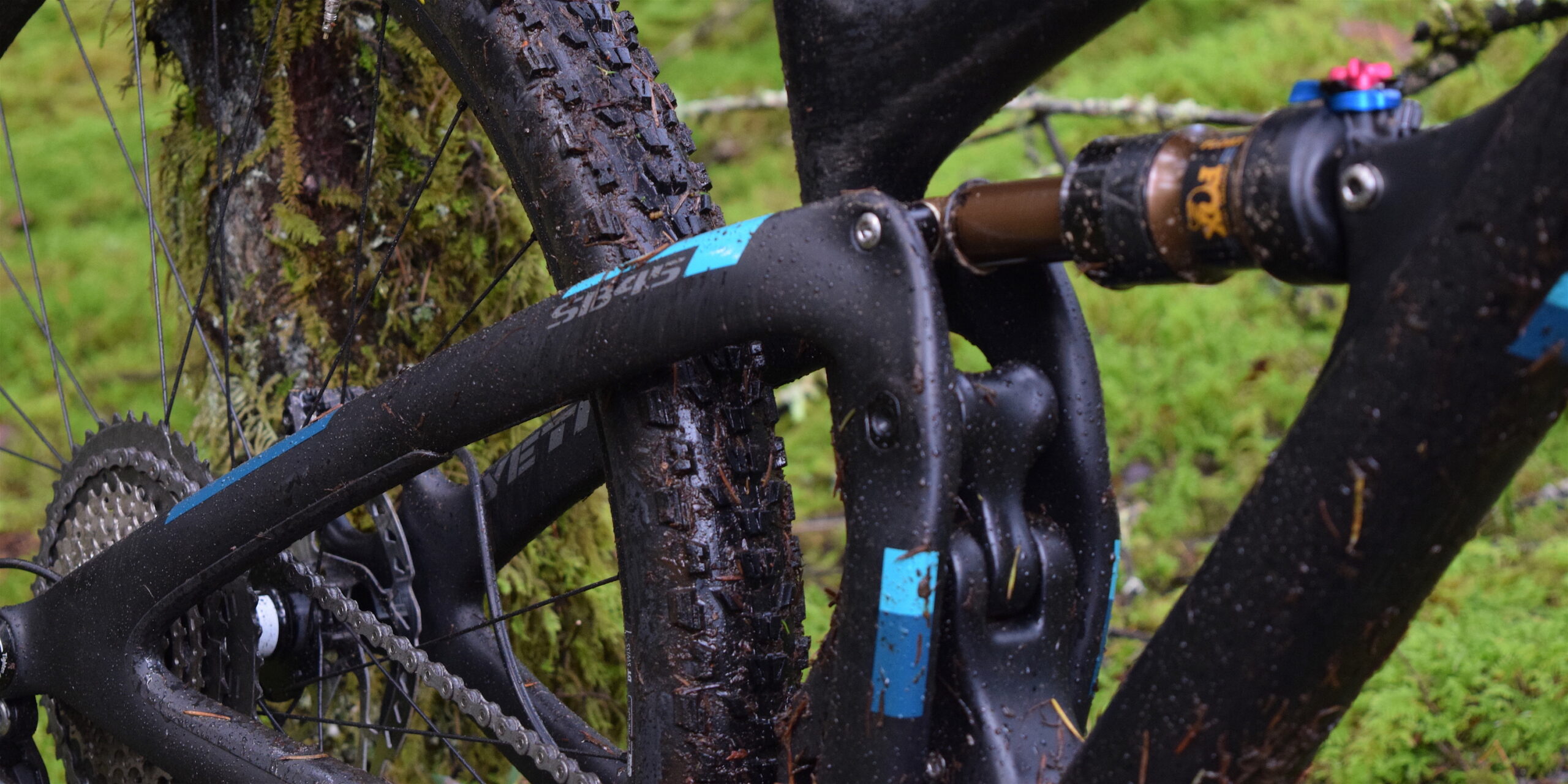 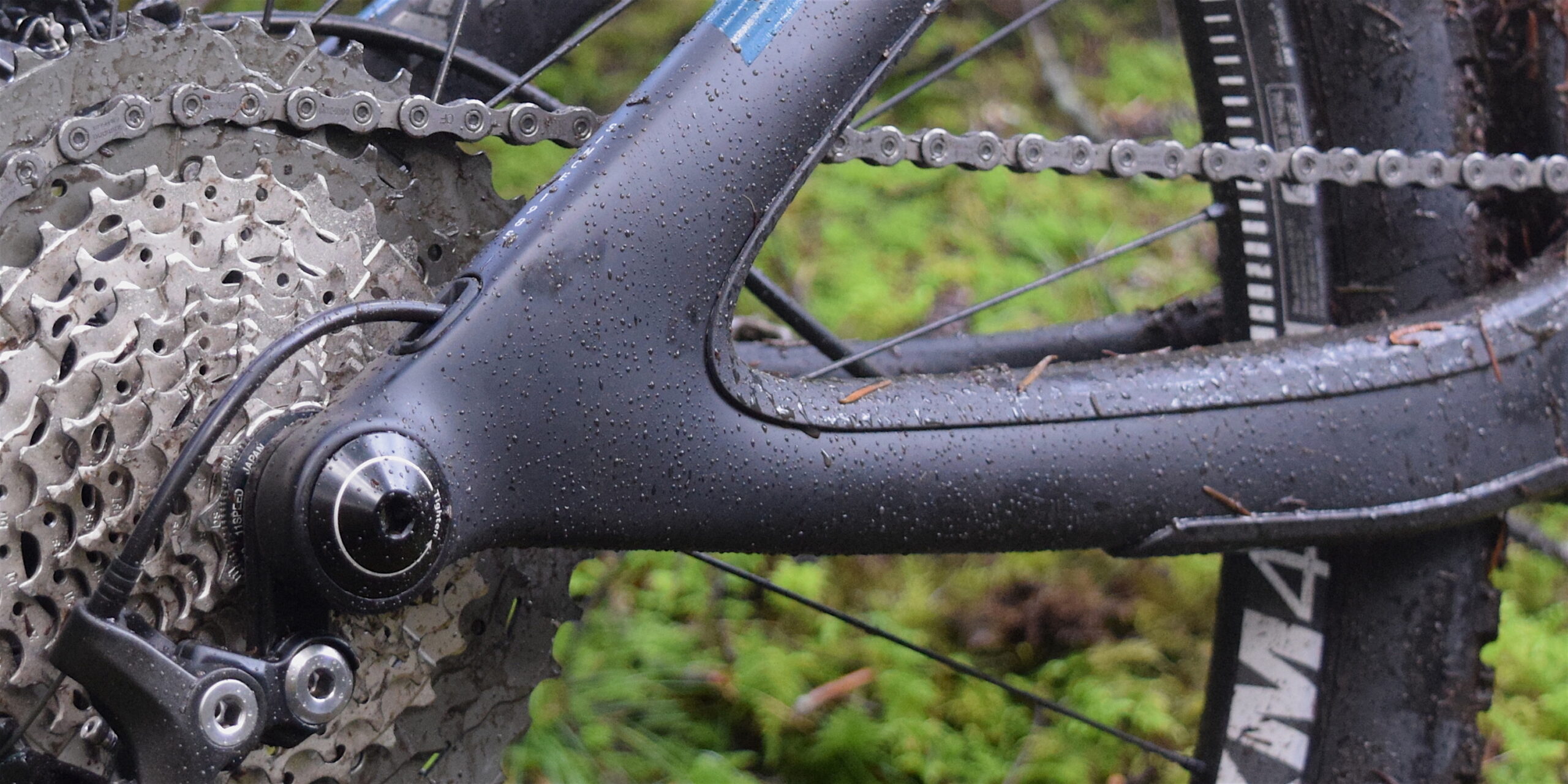 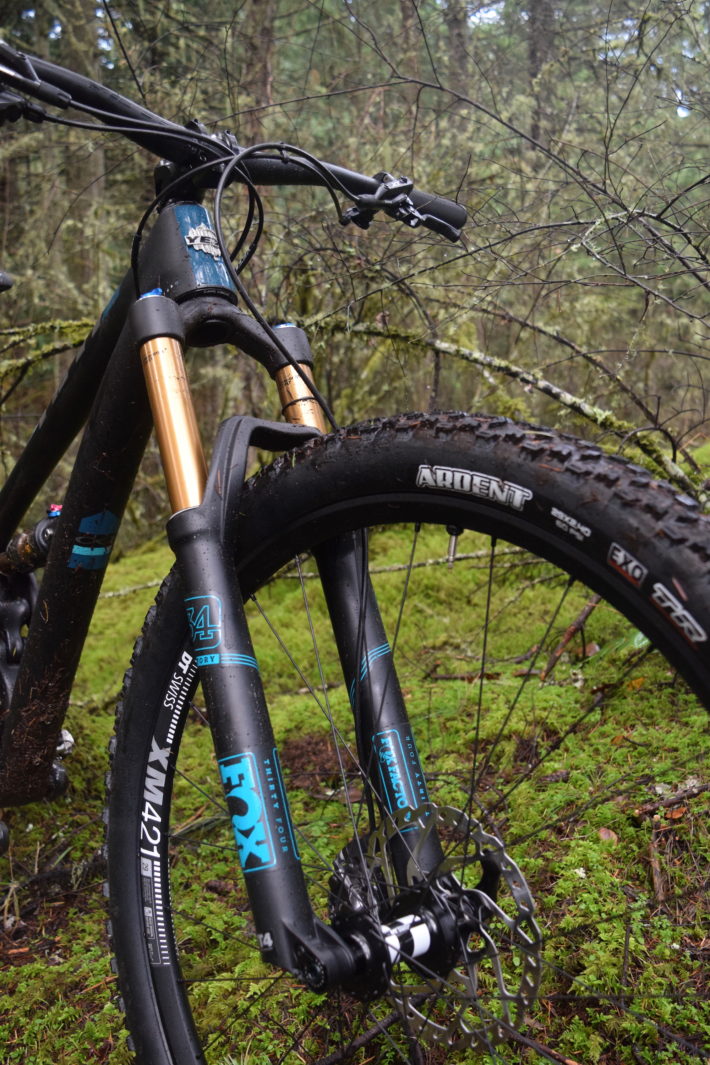 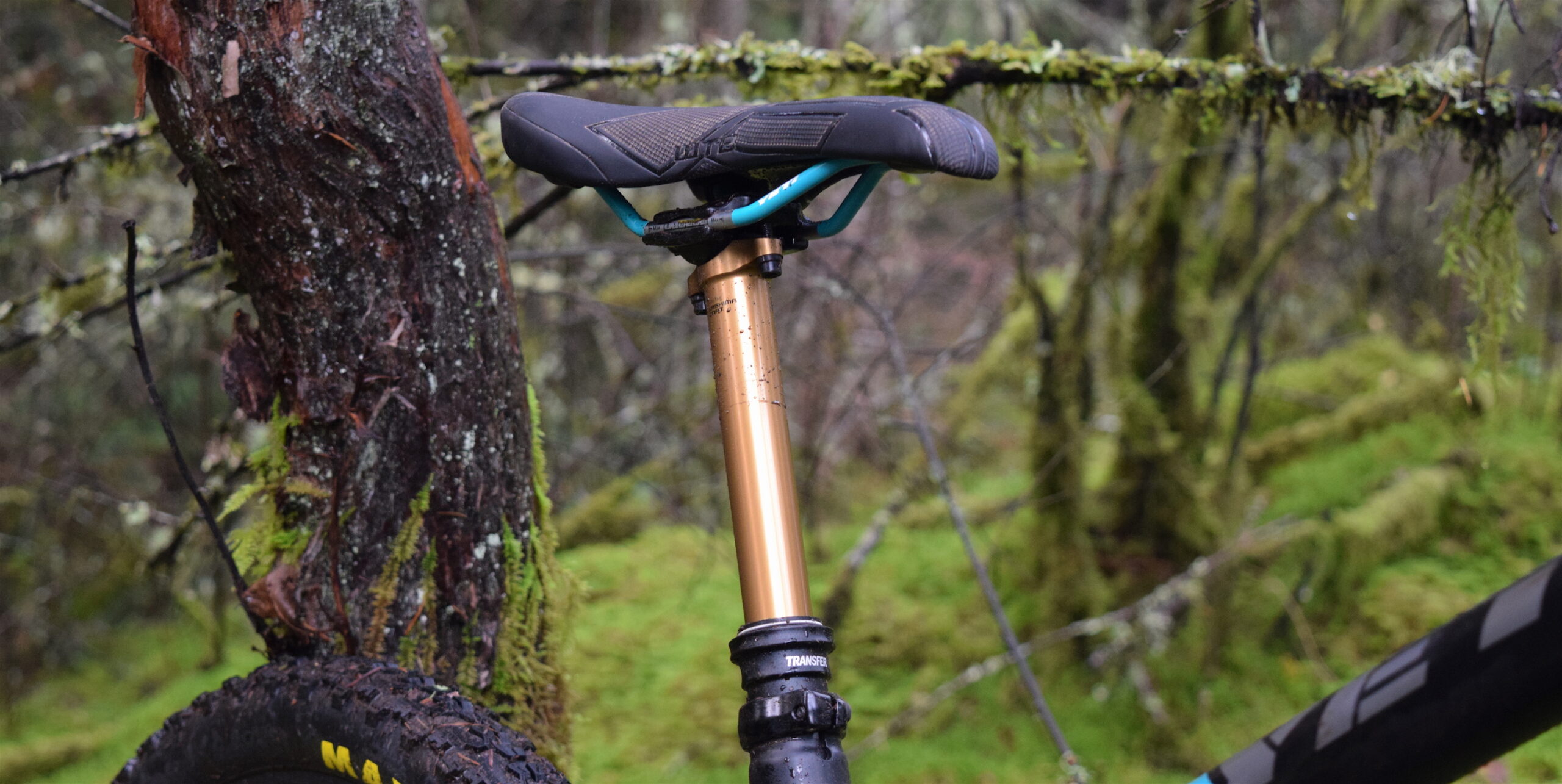 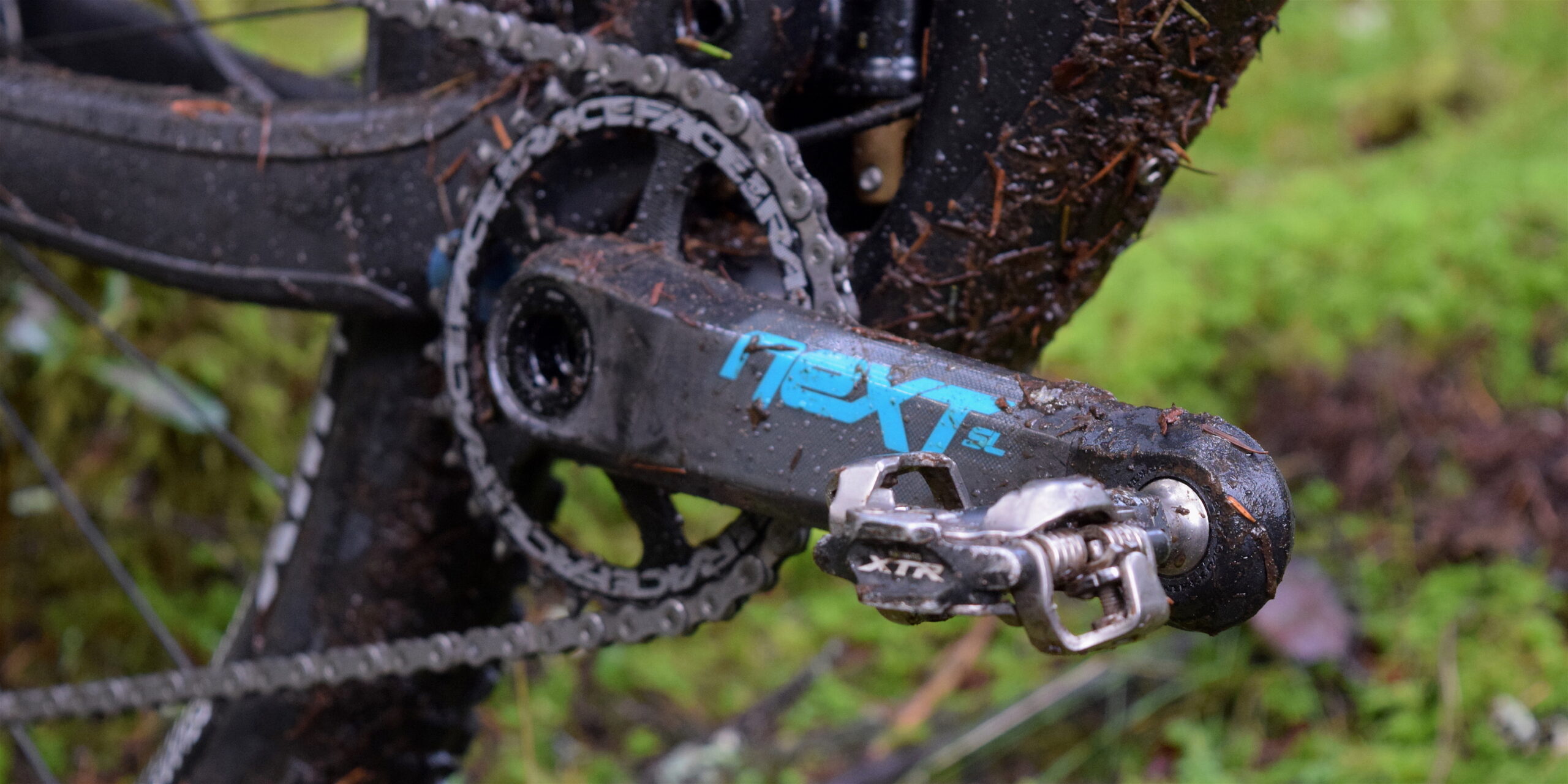 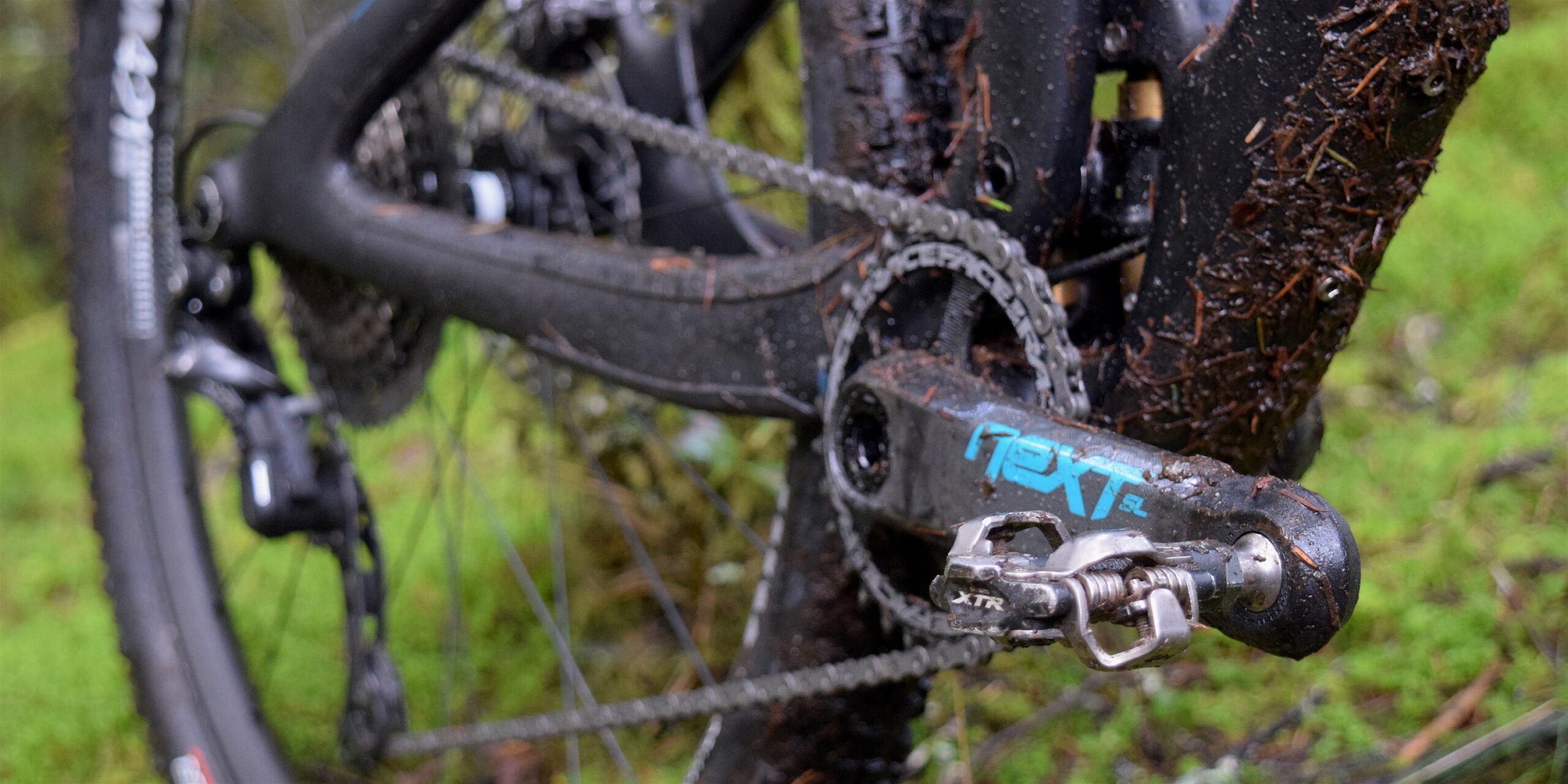 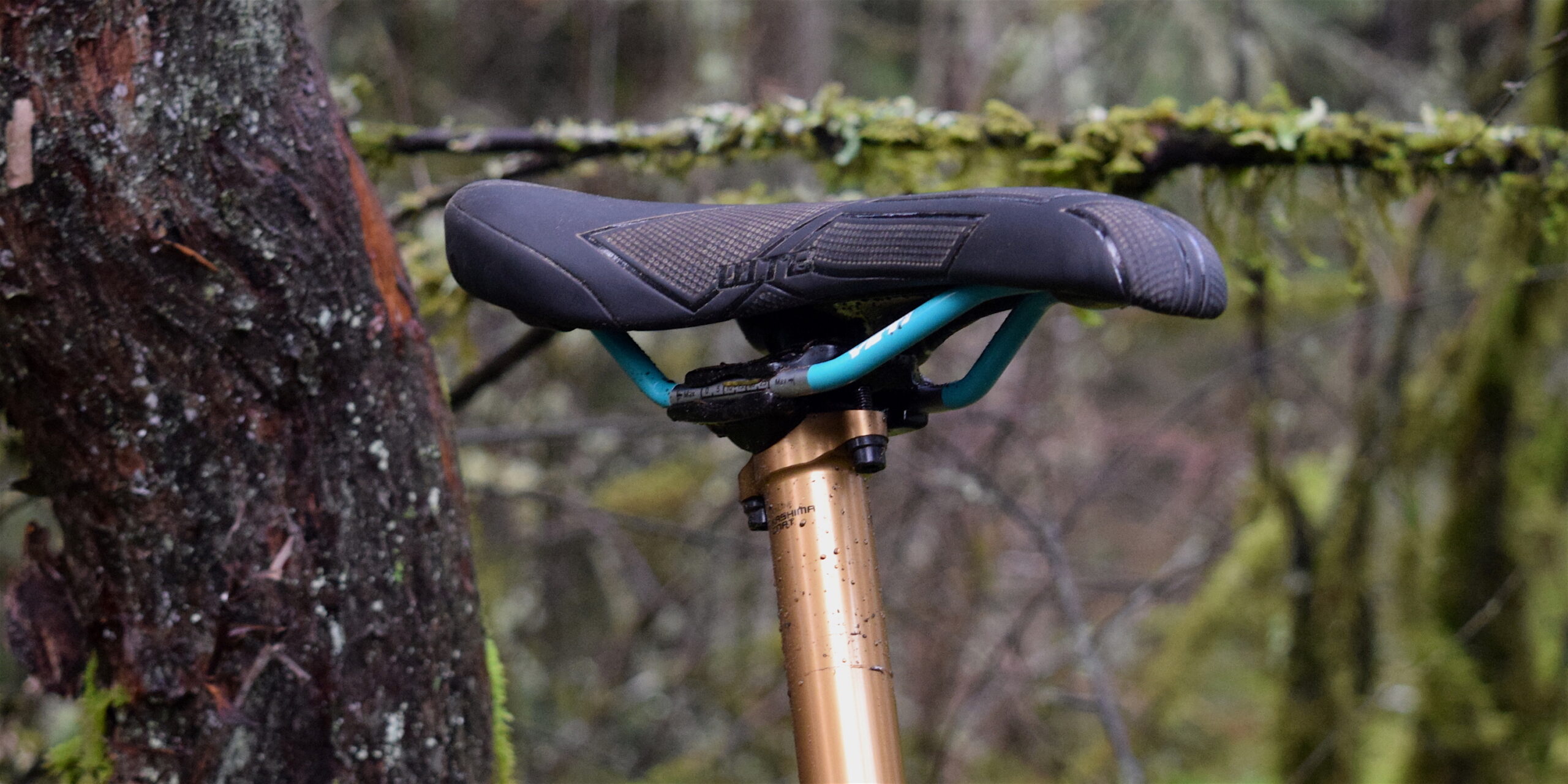 Yeti branded WTB saddle, resplendent with teal rails. Because why not? 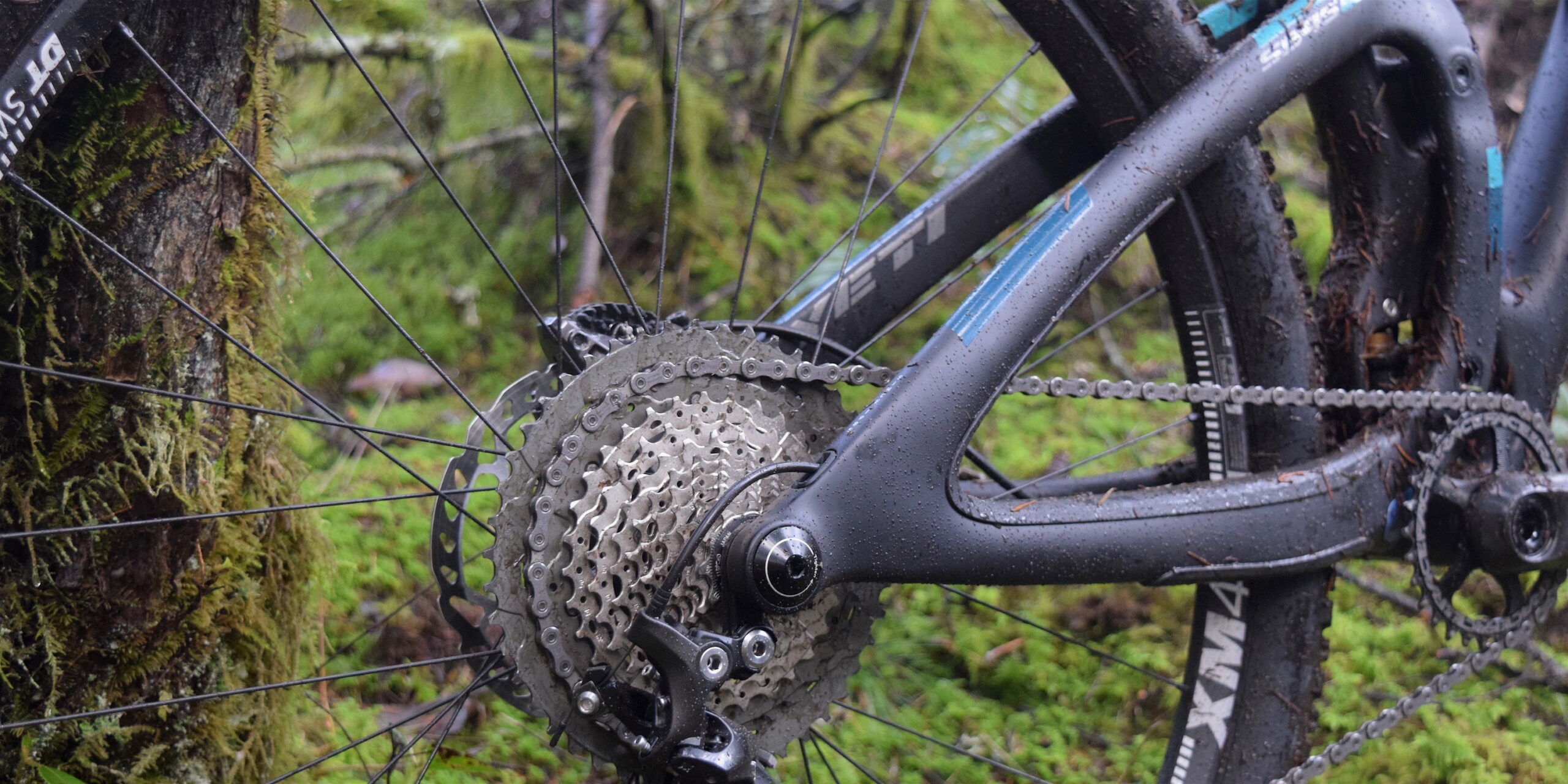 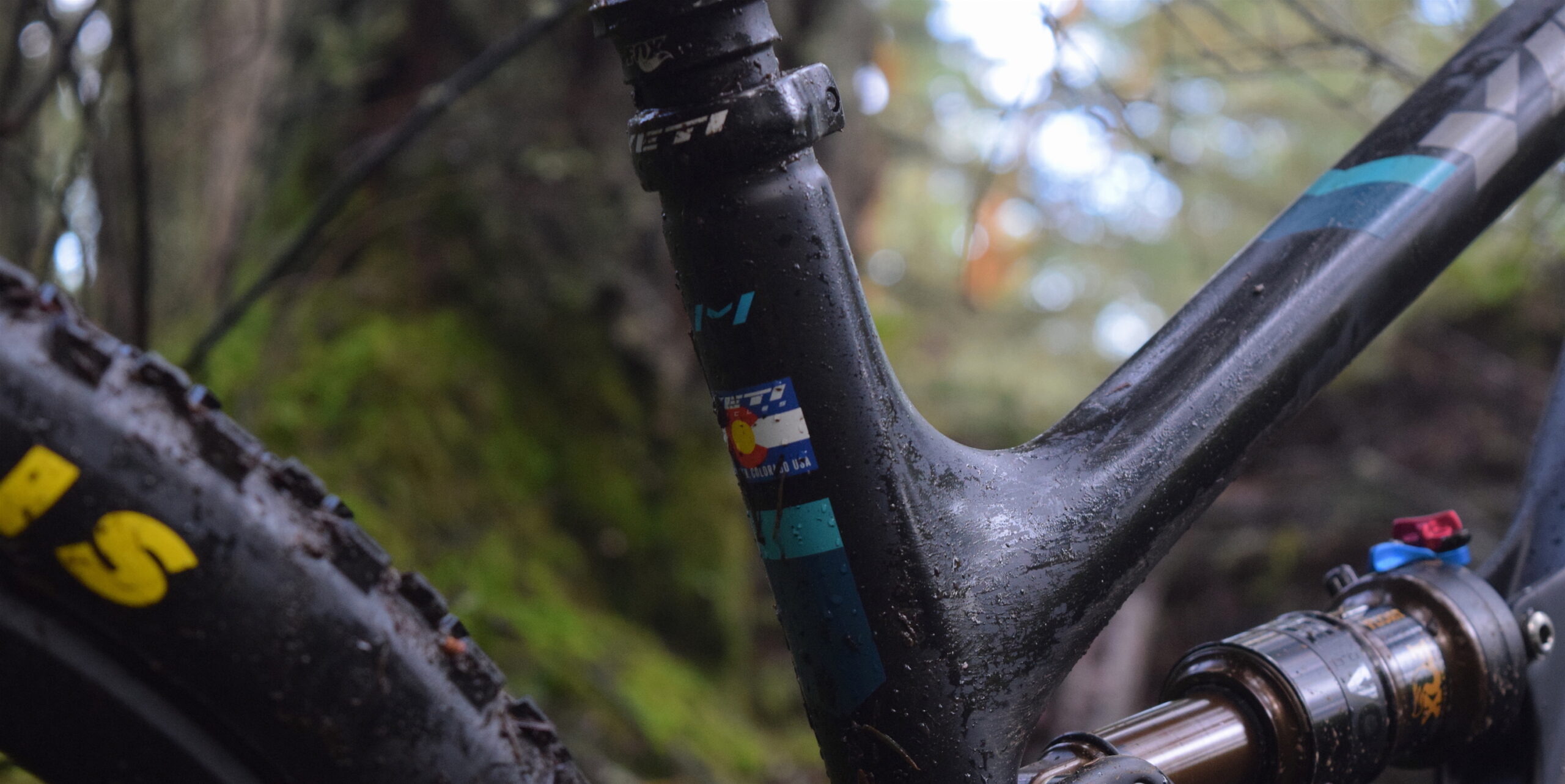 Yeti’s proud of their Colorado roots 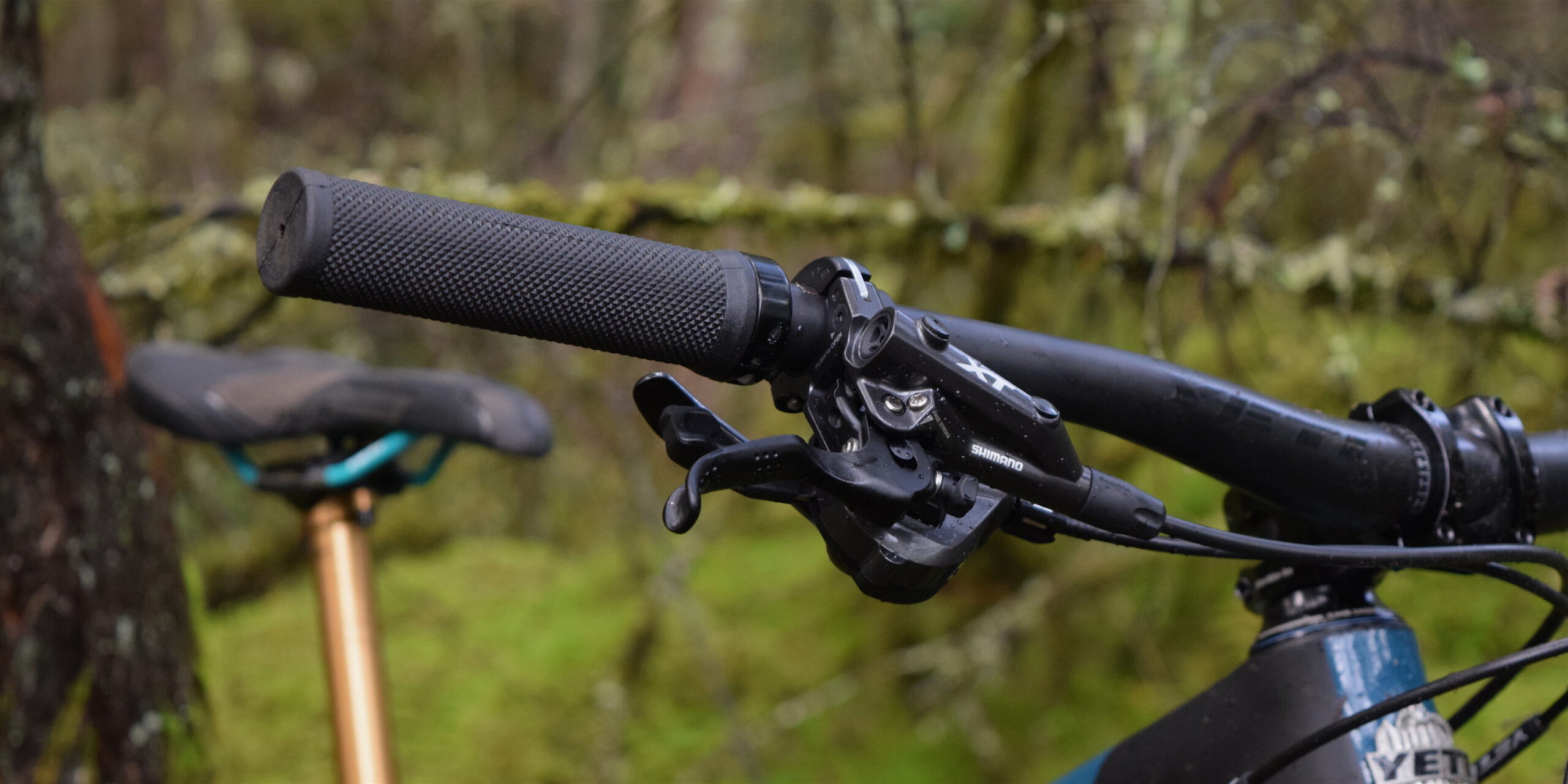 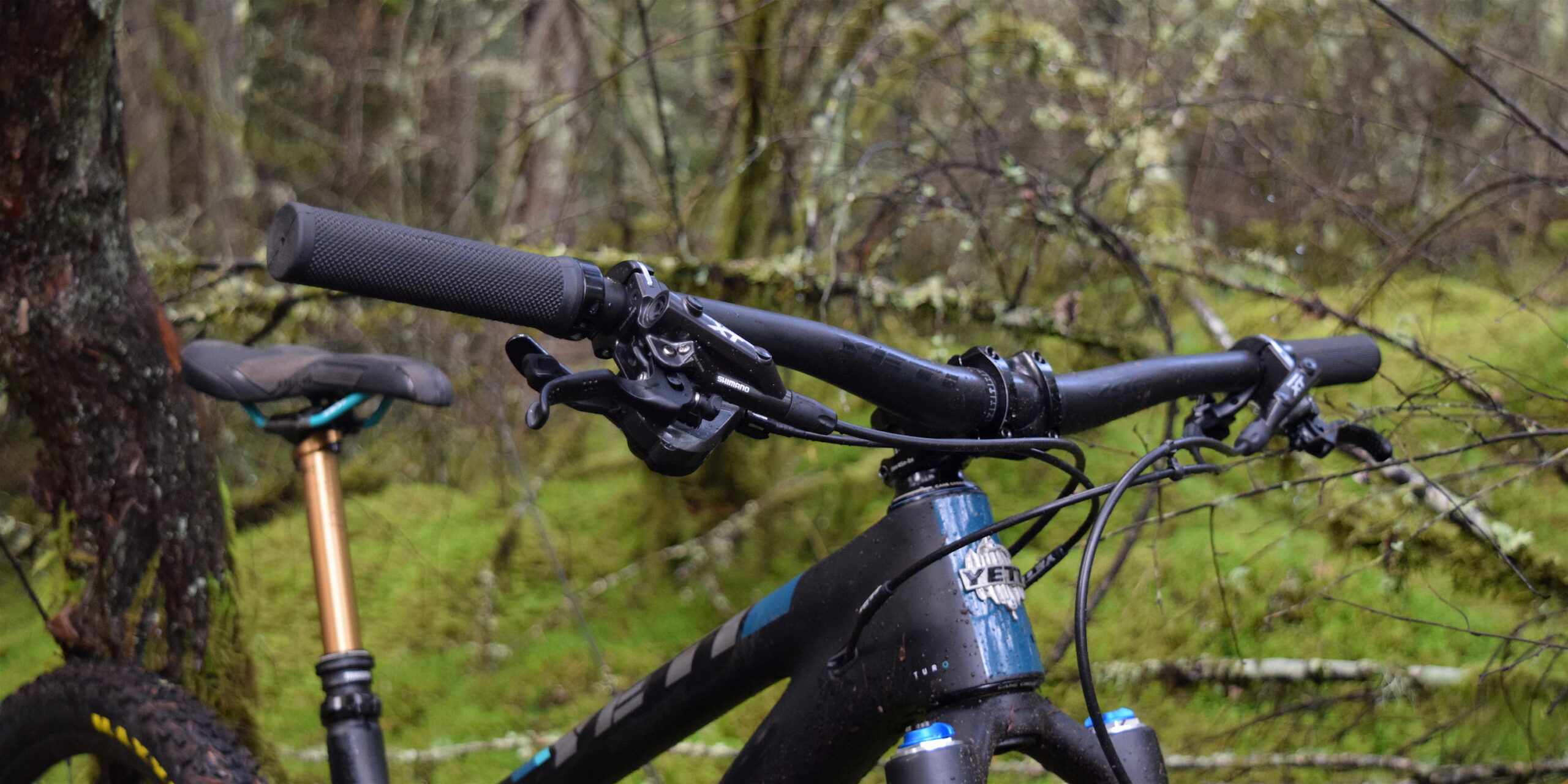 With all the controls crammed into modern cockpits, the Yeti’s bars actually looks quite clean 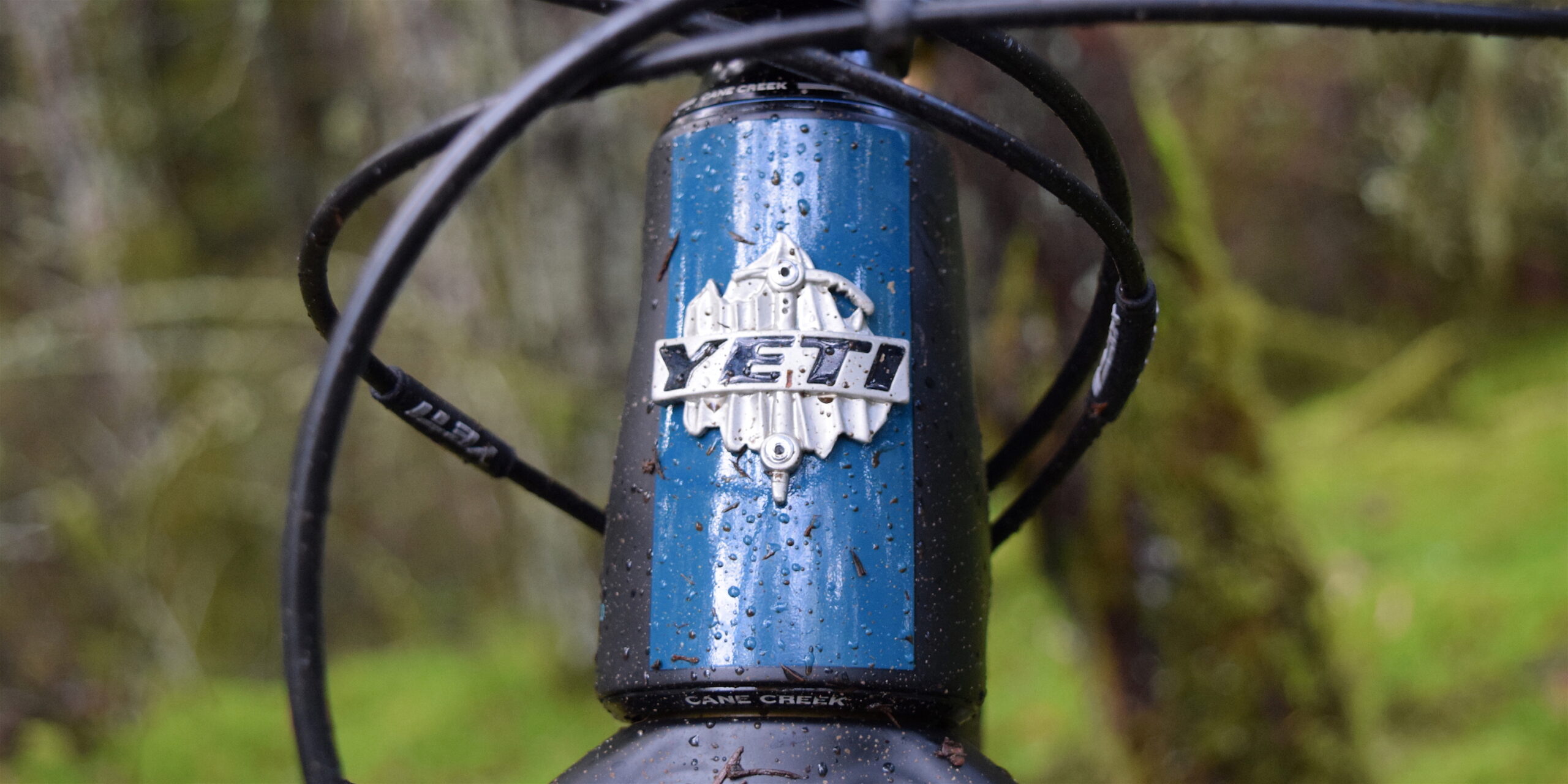 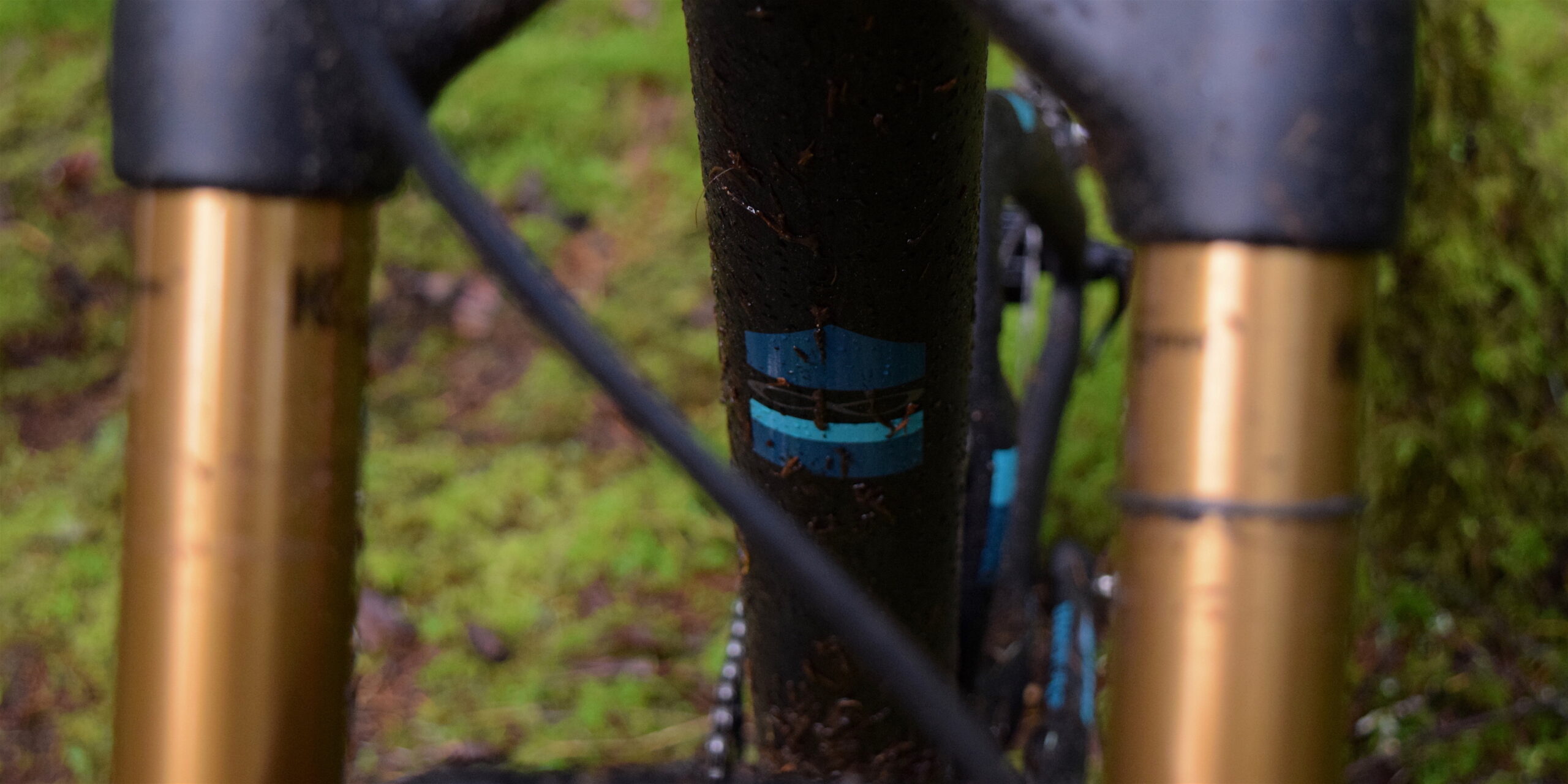 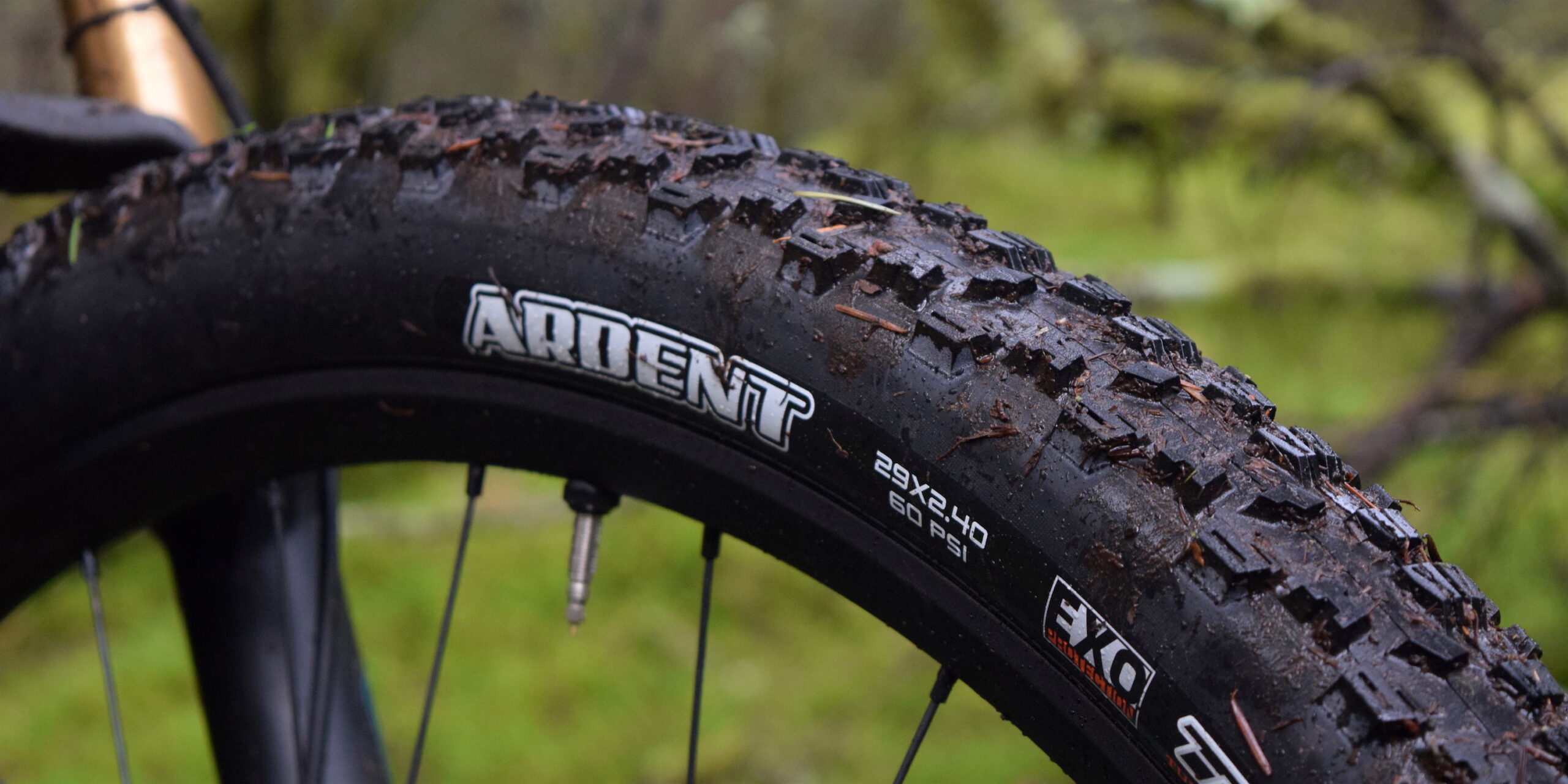 Meaty Ardent 2.40’s from Maxxis keep the SB4.5c going exactly where you want 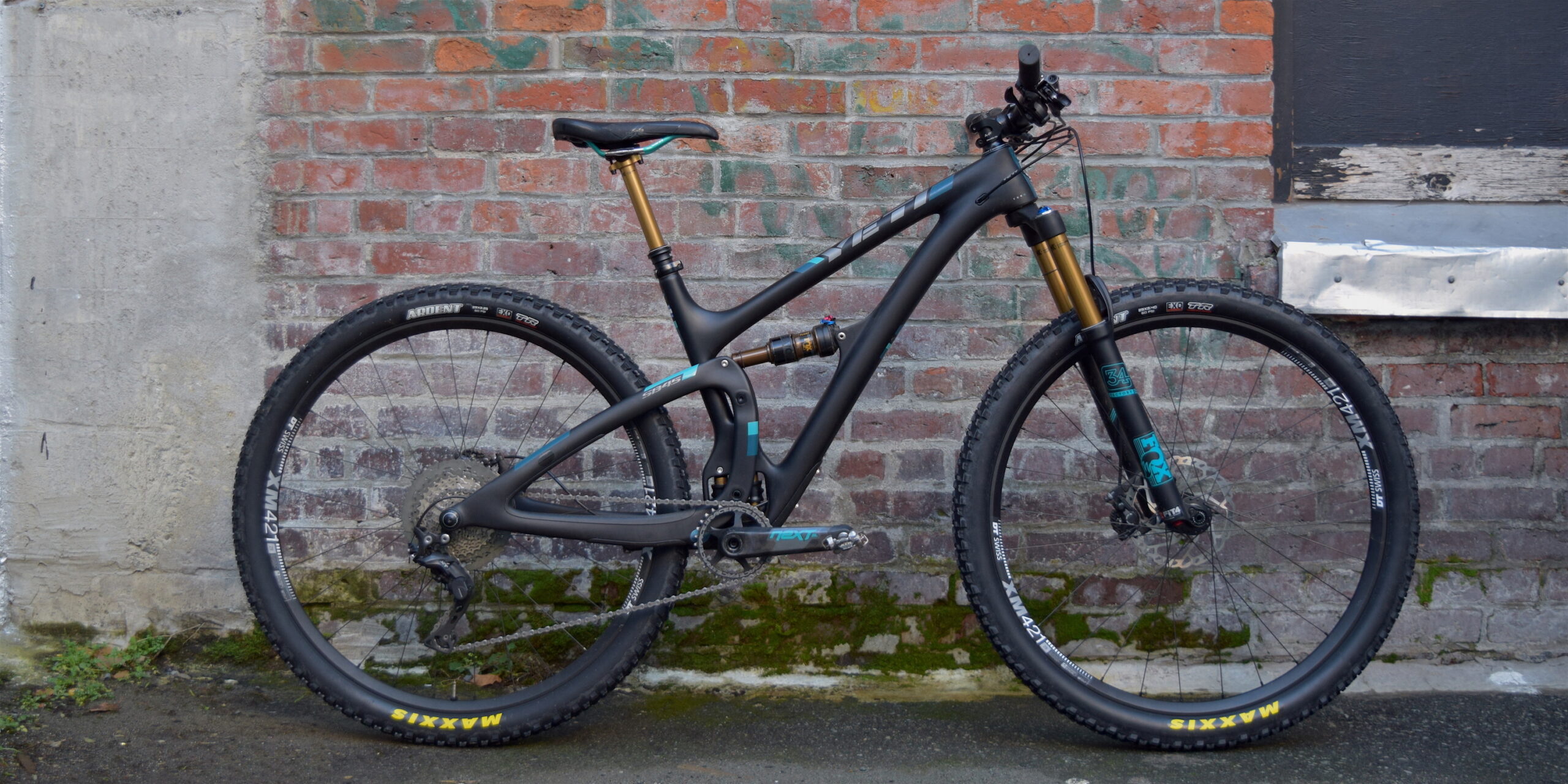