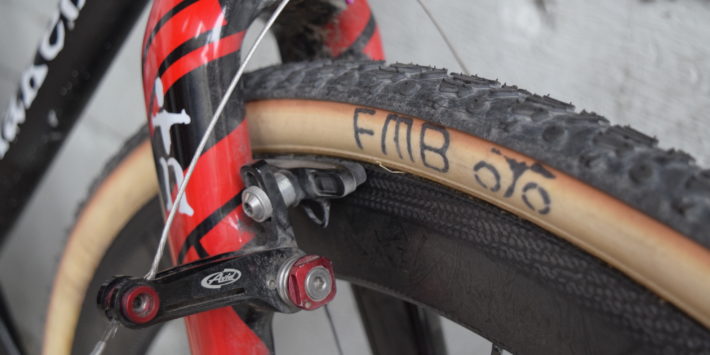 FMB is a French producer of handmade tubular tyres, named after it’s founder François Marie. Like tubular tyres themselves, FMB’s origins and continued success is the stuff of lore, whisperings shrouded in mystery that pass through the peloton like ghosts. Little is certain, except for that the ‘B’ in FMB stands for Boyaux, french for tubular. Since we’ve brought several of FMB’s lauded cyclocross tyre’s into Broad Street for this falls cyclocross season, we’re going to do our best to provide you some background on FMB, tubular tyres, and why you’d want to use them for cyclocross. We can’t guarantee we’ve completely unraveled the mystery, but we think we’ve come pretty close. 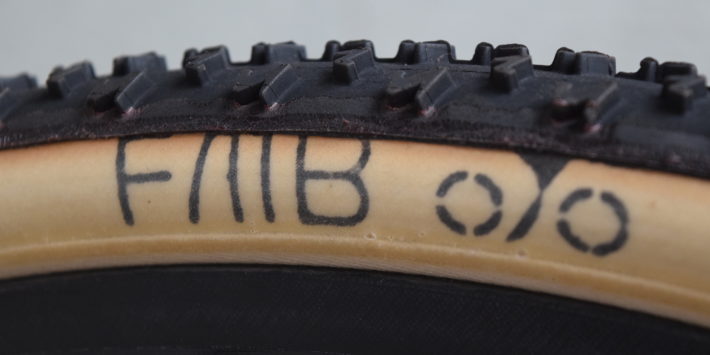 Tubulars are a wonderfully antiquated technology shrouded in rumor and obscurity. Despite the ready availability of new tyre technology, tubulars continue to find devoted fans. They’re used primarily in cyclocross, where riders love the ability to run lower pressures, but also appear in the upper echelons of pro road and track racing, where riders choose them primarily out of misguided sympathy for bored mechanics left with little to do when the riders disappear on all day races. Techniques for mounting tubulars vary wildly between mechanics, and are closely guarded trade secrets. When pressed, a mechanic will rarely talk to you for more than half an hour about his scientific-magic sequence of stretching, gluing and gluing again before clamming up entirely with a brusk “but I really shouldn’t say any more.” To the curious uninitiated, tubular tyres raise a series of questions, almost none of which will be answered here. 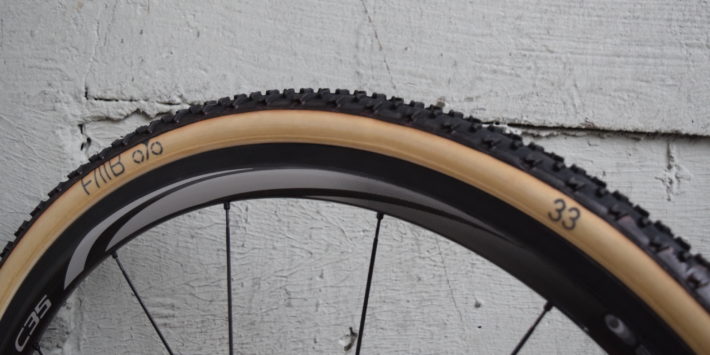 While you may have heard that François Marie was once a bike racer who learned his trade from historic French tyre maker Andre Dugast. After a time away from cycling, François returned to making tyres and continues to make silk and cotton tyres from hand in his small Brittagne town of Plurien. We believe there’s more to the story* 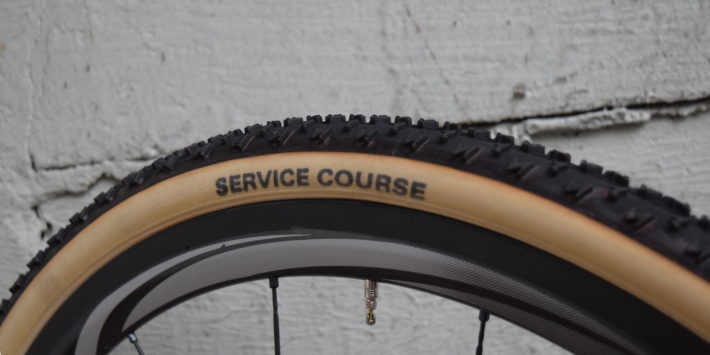 Legend has is that, after his retirement from public life, former President François Mitterrand had engaged in a risky and pioneering #roadbikesoffroad route through the Pyrenees. Unable to fix a slashed sidewall, François made his way to a small mountain village, slashed the tyre of a Legionnaires Jeep and glued the patch of tread to his road tyre in order to complete his ride. His initial joy, at finally having proper equipment to stay true to French road bike tradition while also enjoying dirt based adventures, was doubled when he recognized the greater political opportunity the new tyre represented. Mitterrand had entered the tyre manufacturing business to reconnect with France’s tradition of making things much slower and with outdated production processes — flagrantly thumbing his nose at lazy modern tyre and tube techniques. He realized, however, that the challenge of modern tyre technologies presented not only an insult to the unity of wheel, tube and tyre, but a symbolic threat to the unity of the European Union. If tyre and tube could be separate entities and still work, albeit never quite as well, could not the European states function outside of the union? 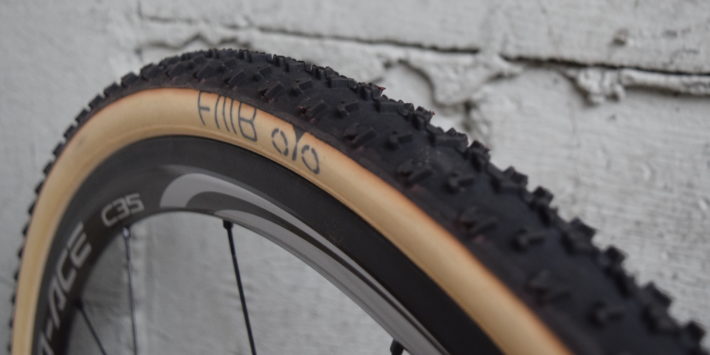 Knowing cycling could bear more political baggage than it already shouldered with the UCI, François had to distance himself from his political past. Francois Mitterrand became Francois Marie and FMB was founded with the dream of preserving EU unity through connections formed in dirt. The supple casing of the FMB tubular, its grip unyielding no matter what surface it faces, is a cleverly disguised paean to the dream of democratic unity of the European nations, united in their love of riding road bikes in silly places. Alas, post-Brexit, it is a gesture arrived too late: we are left to comfort ourselves with the soft silk and cotton casings of FMB tyres, as they lovingly embrace the ground beneath us. 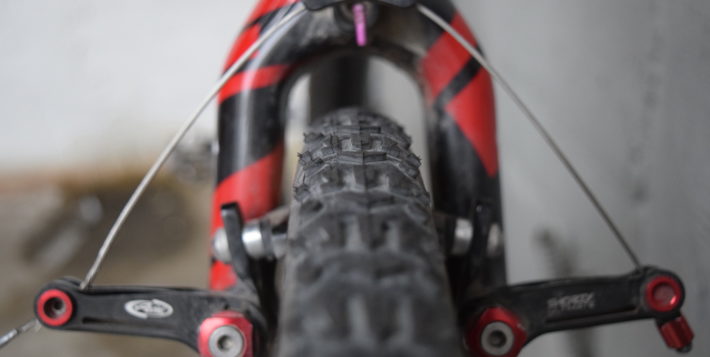 We’re carrying two models of FMB Tubulars, two editions of the legend, if you will. An all-rounder, and a mudder. Like all FMB’s, both models feature hand made casings with treads glued on top. All FMB cyclocross tyres are weather sealed for sidewall strength, and for sidewall longevity. Keeps the suppleness of the cotton, without the risk of rot. 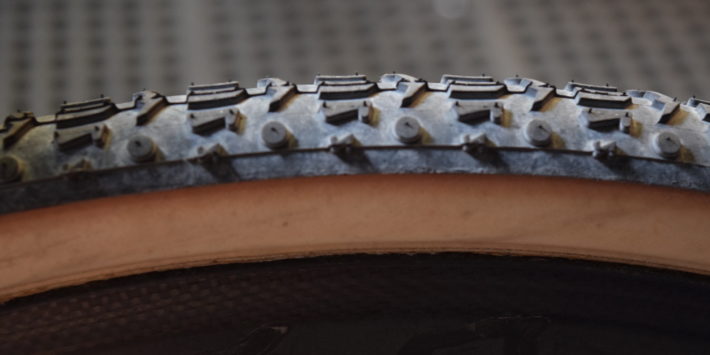 The Slalom: Chevron’s, dots, and S’s 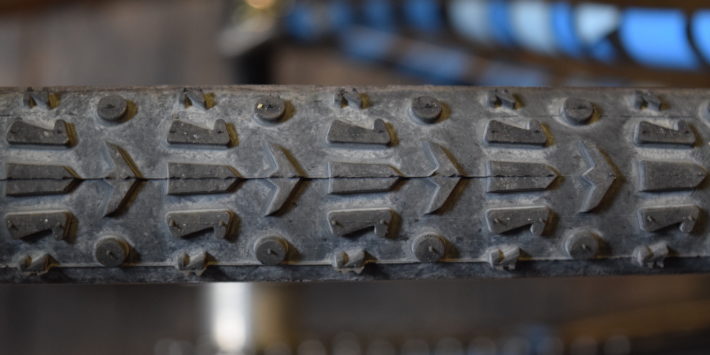 The Slalom, pictured above, offers a chevron pattern center tread, for grip and low rolling resistance, combined with a side tread of smaller z’s and dots for cornering traction. This tyre will go as fast as you want to on the straights and still carry that speed through the corners.

The Super Mud, as it’s name implies, is designed for the wetter days and looser surfaces. The tall ‘S’ (or ‘Z’) patterned lugs reach for traction, and are flexible enough to grab onto whatever is available. They’re wide enough spaced that they grip in mud, without taking half the course with you as you go – keep traction, not weight. 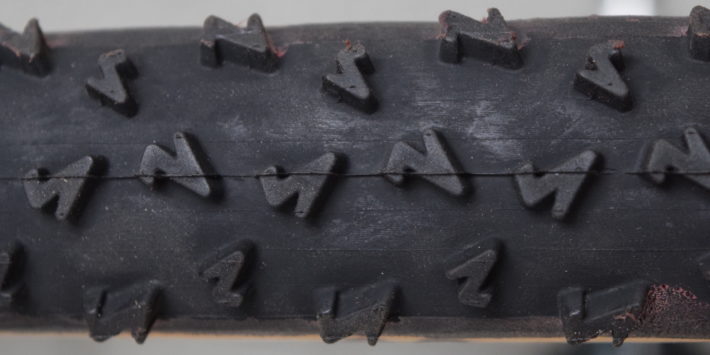 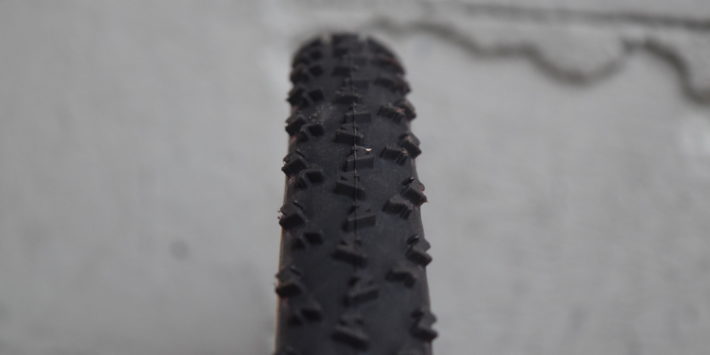 * There isn’t. That’s the whole story. François Marie just loves making very, very good tyres by hand, using the old traditions. Each tyre takes more that two weeks to fabricate. If that’s not a labour of love, we’re not sure what is