After several years absence, we’re reviving fixed gear criterium racing in Victoria! Last seen revolving around Phillips Brewery in the 2012 Design District Crit, this year we’re crashing the party at Robert Cameron Law Cycling Series Sunday finale: Cycling BC Provincial Crit Championships on the Legislature Crit course. Before the big event, we’re profiling some riders and bikes that’ll be on course Sunday. After talking to Clay and Aidan, we’re going directly to the source, one of the events organizers: Parker Bloom. 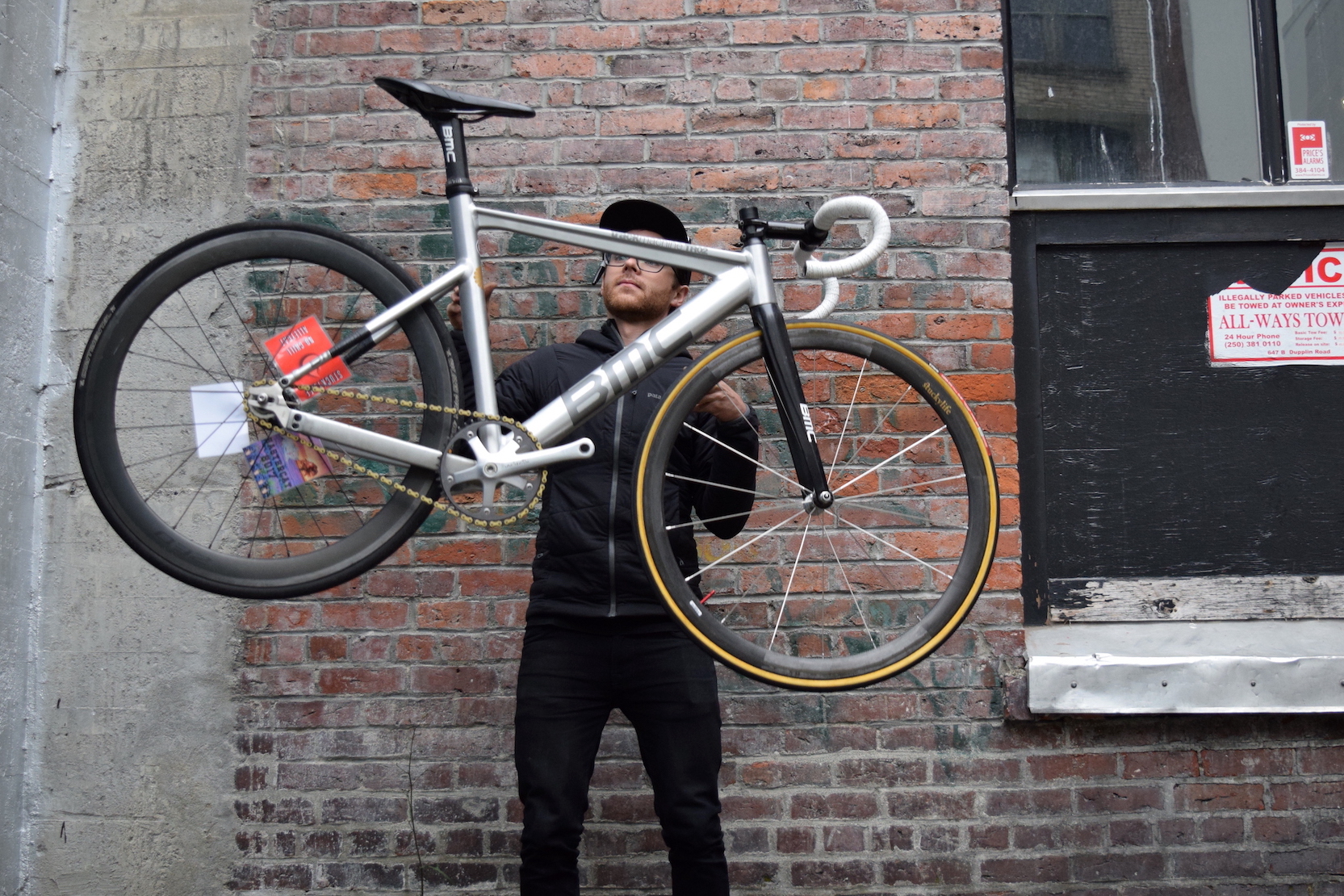 If you’ve been through the front doors of Broad Street Cycles, you’ve probably been greeted from behind BSC’s computer-machine by the bespectacled figure of Parker Bloom. While Parker’s raced everything from road to mountain bikes, and even an Enduro once, track bikes is where Parker entered into cycling and is where he always returns to. Occasionally, he’s even ridden them on a velodrome, but it’s mostly been the mean, mean streets of Victoria. A dense, imposing urban environment to ride track bikes through, at least compared to the open skies and expansive vista’s of Canmore, Mr. Blooms childhood home. Unaware that he would then be legally bound to follow through on his answers, Parker answered our questions:

PB: Break it up, and then sprint from the shattered remains of the pack. No mercy! No quarter!

PB: The cat 3 road crit earlier that morning! And probably a bagel with Nutella & banana. 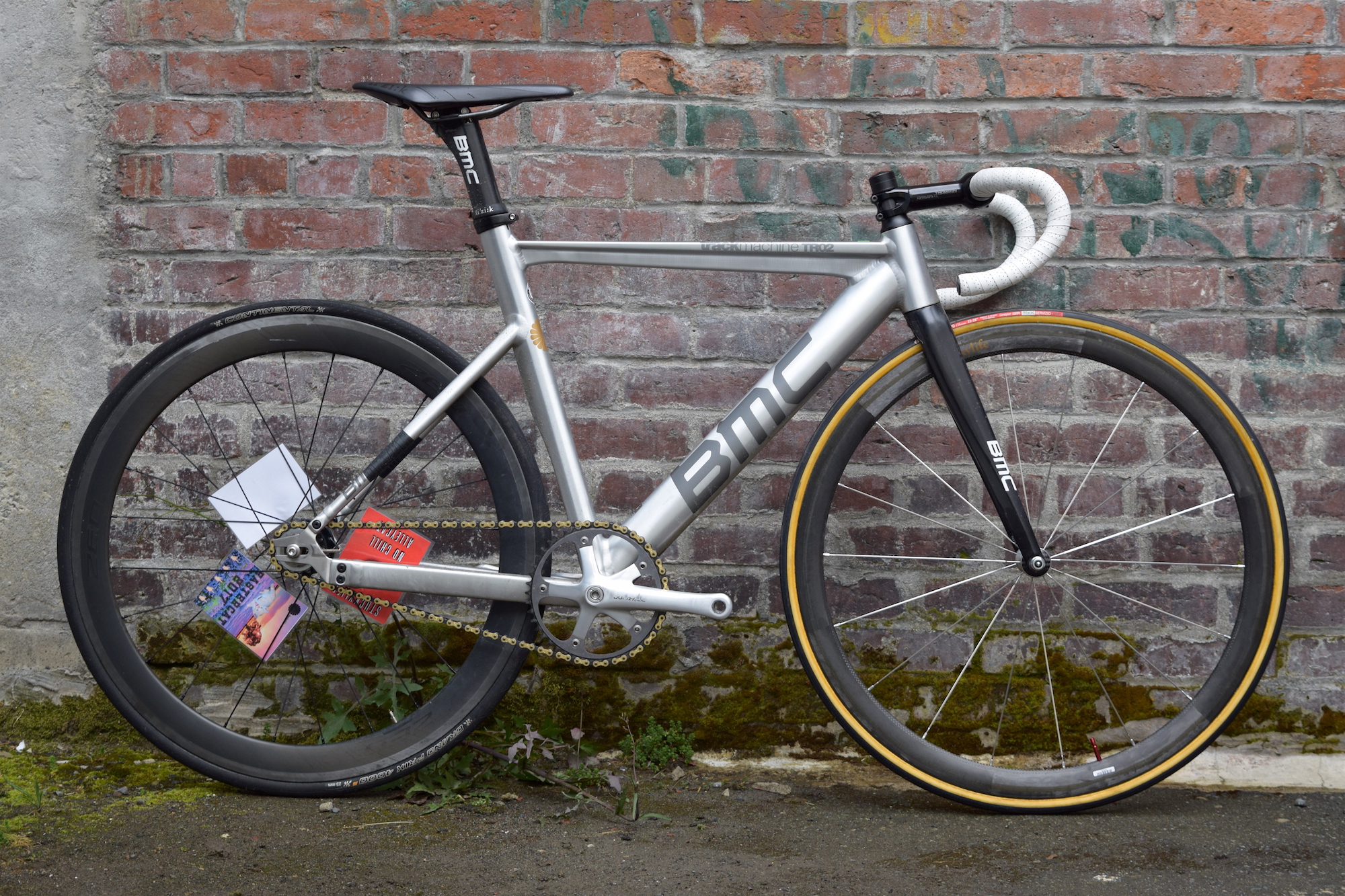 Parker will be racing a BMC Track Machine that has, naturally, never touched the banked walls of a velodrome. Deceptively light, despite it’s shapely aluminum frame, the BMC’s carried Parker to numerous alleycat victories. Enough that Parker appears to not be bothered about running pedals of any sort this Sunday. Will he reconsider? Is he actually that confident? Can he lower the seat enough to make the Track Machine a functional RunBike Machine? Only time will tell, as a cagey Parker remains mum on the subject. 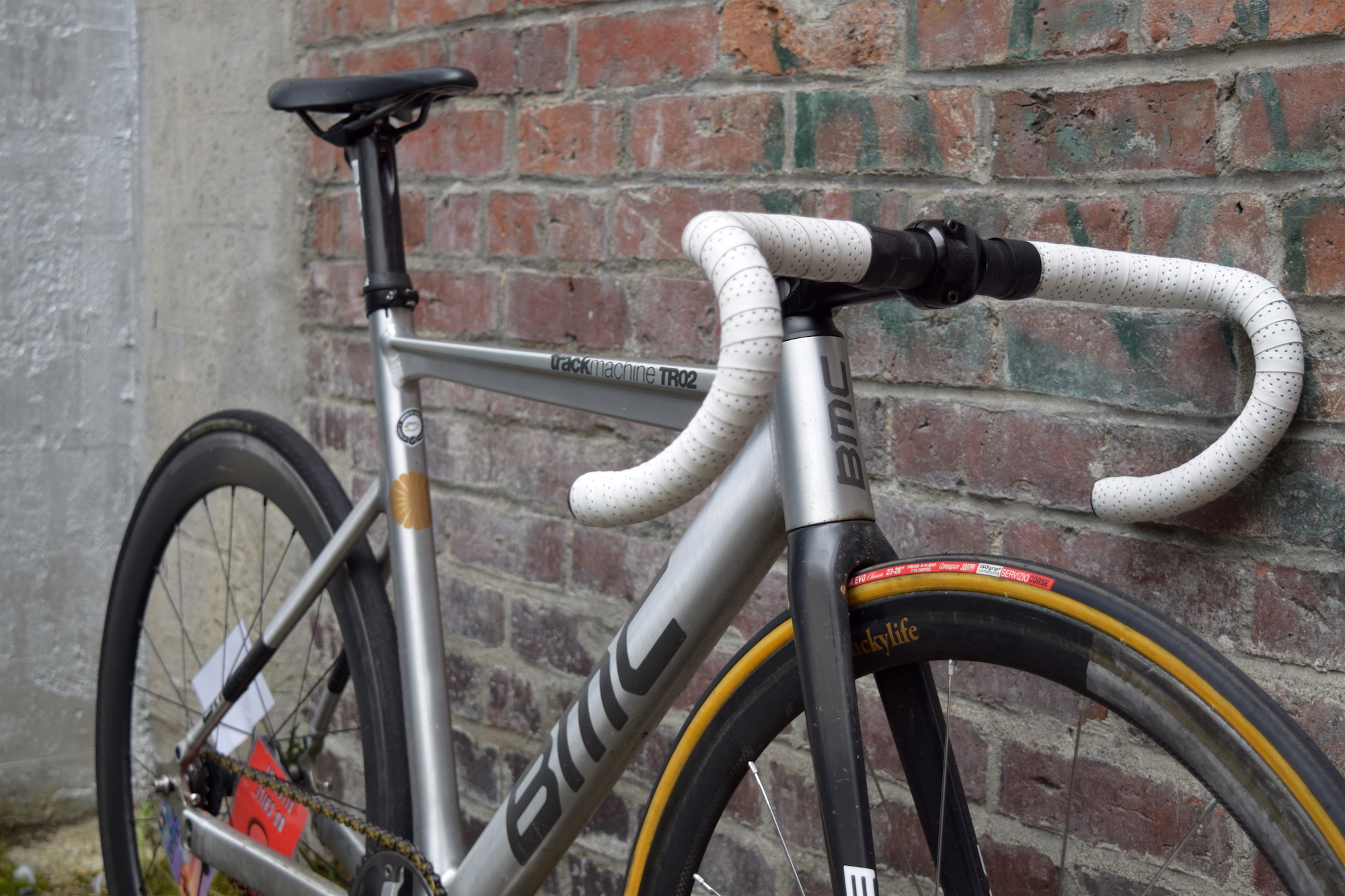 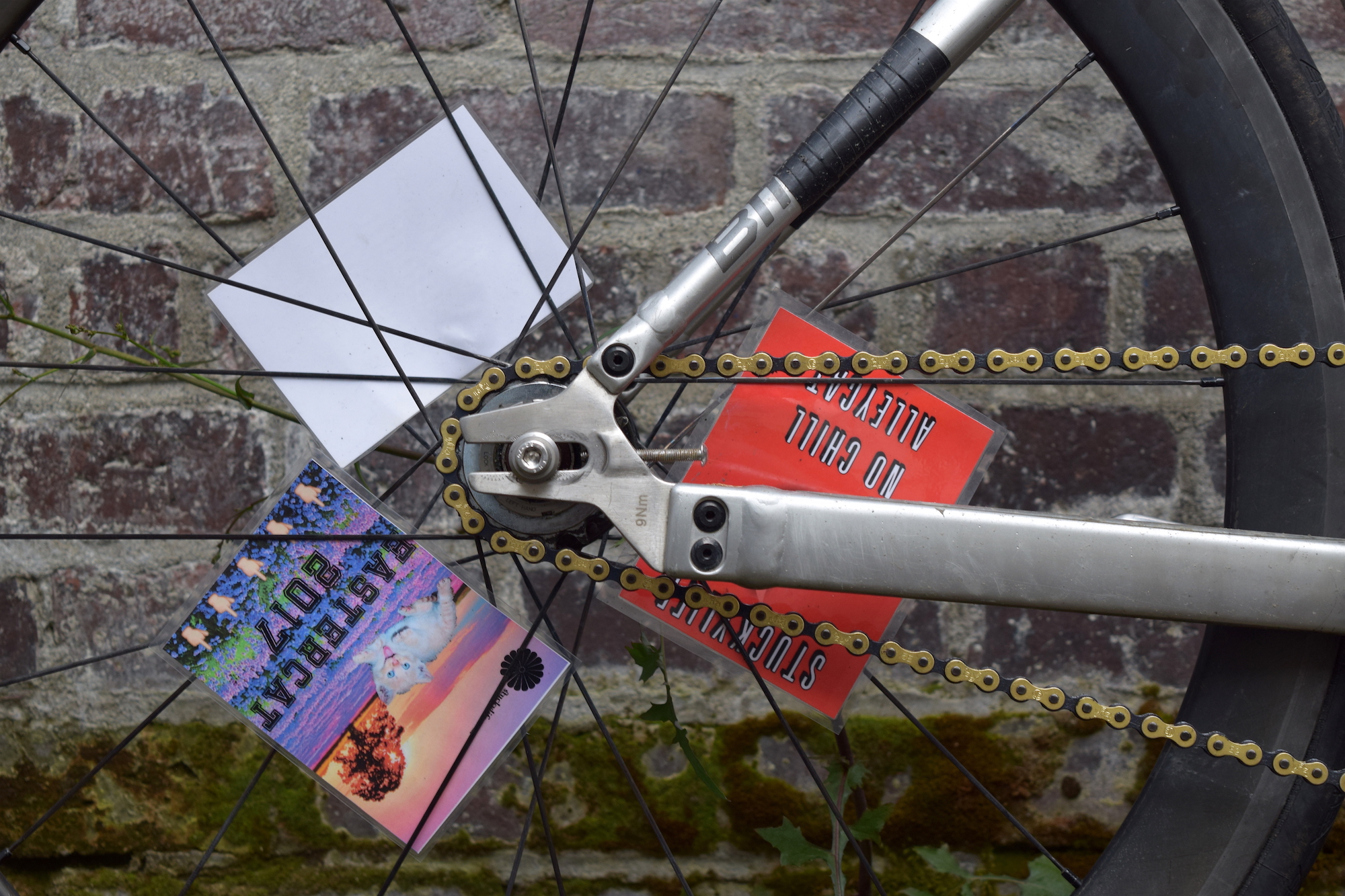