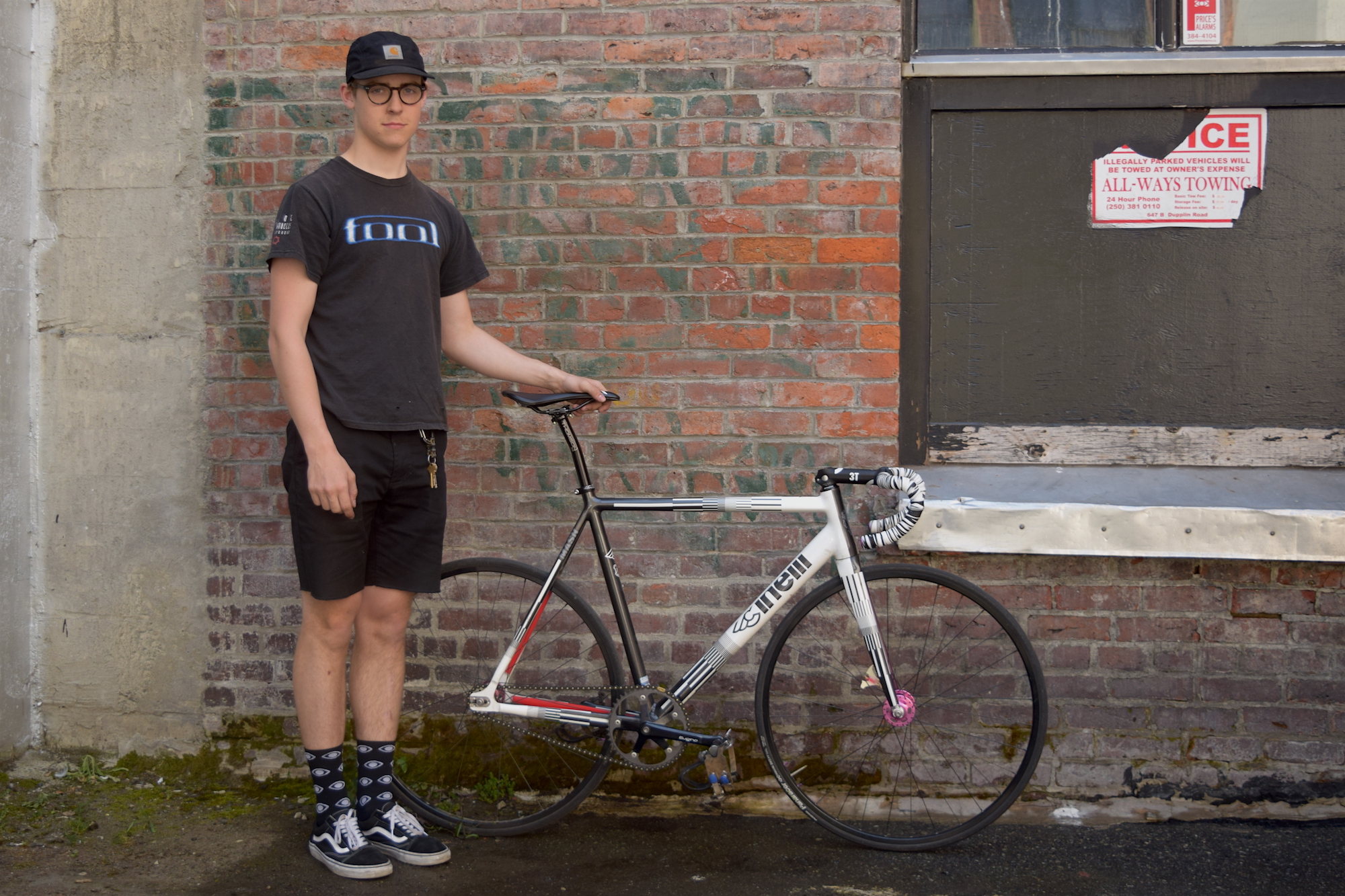 Aidan may be young, but he’s wise beyond his years. Especially when it comes to snacks. He’s also been around Broad Street Cycles for a while now, racing his first alleycat way back in 2011. Since then, Aidan’s honed his knack for assembling sharp track bike builds, and stepped up his efforts to then do anything he can to destroy them. He can find the best lunch snacks in the city, and is a seasoned connoisseur of obscure sugary drinks. Since he was at work, he had no choice but to answer our questions:

Aidan Sullivan: If I remember to change my gear before the race then 49×15?

AS: Don’t get eliminated

AS: Playlist of Migos, Nas, and John Coltrane

AS: Jean shorts over top of spandex

AS: Sleep as long as I can followed by too much food and powerade 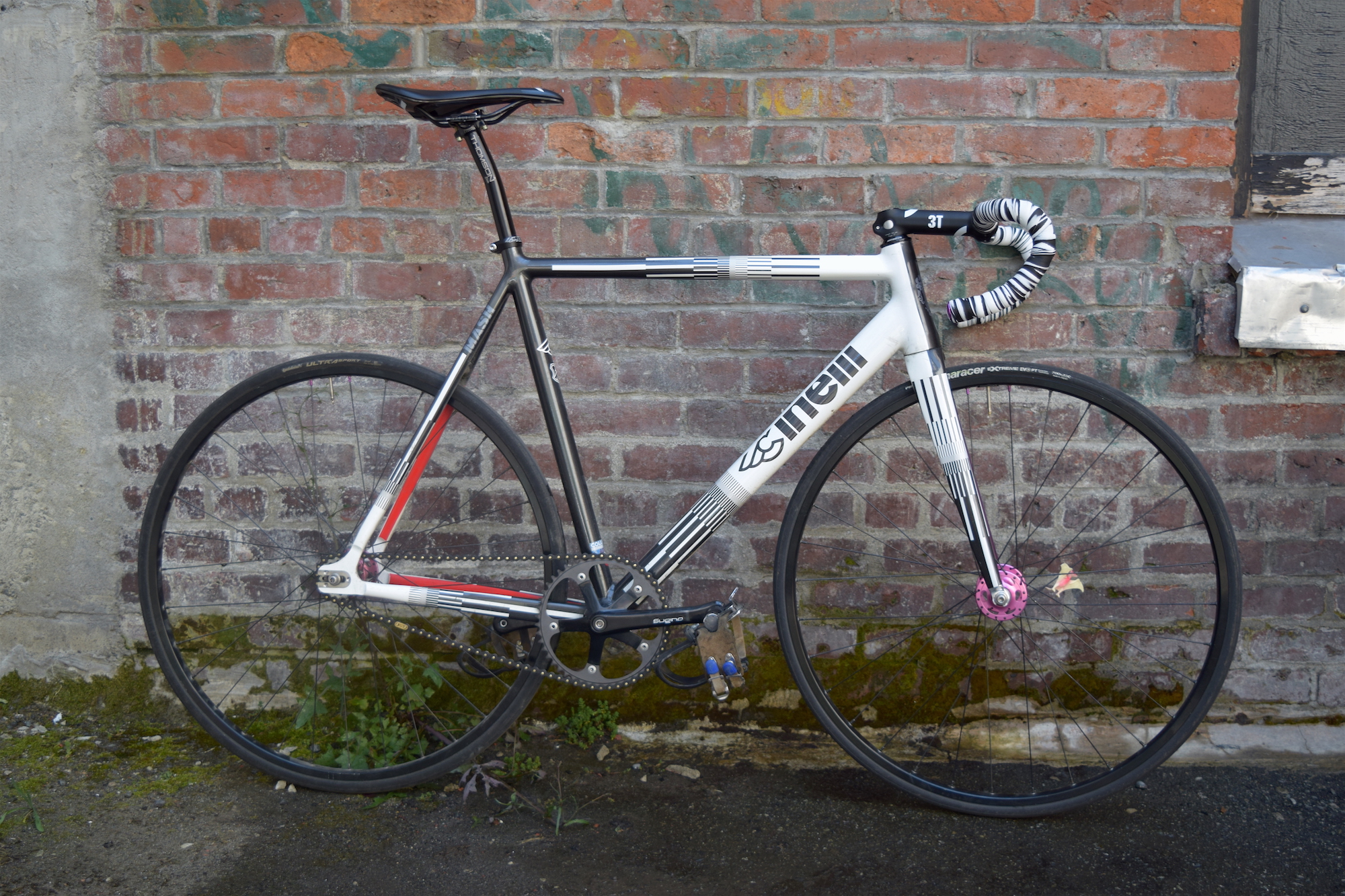 This week, Aidan’s riding his recently assembled Cinelli MASH Parallax. Highlights include Sugino cranks, Dura-Ace track ring, Izumi Jet Black chain, pink anodized Paul hubs laced to H Plus Son rims – a carry over from his prior LOOK 564 build – and what looks to be a rubber pterodactyl. It could also be the first recorded instance of that bar tape actually matching a frame and looking good. 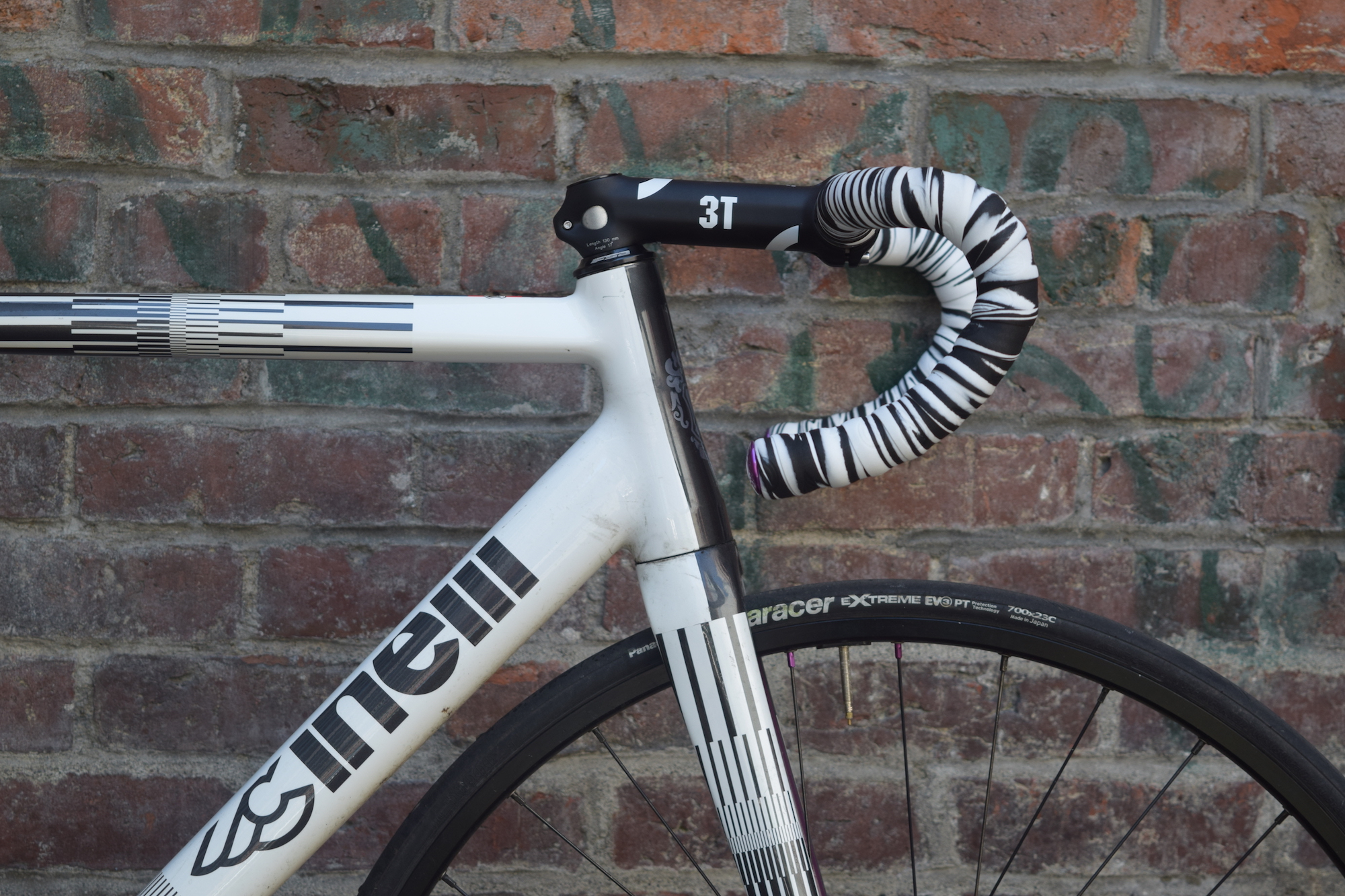 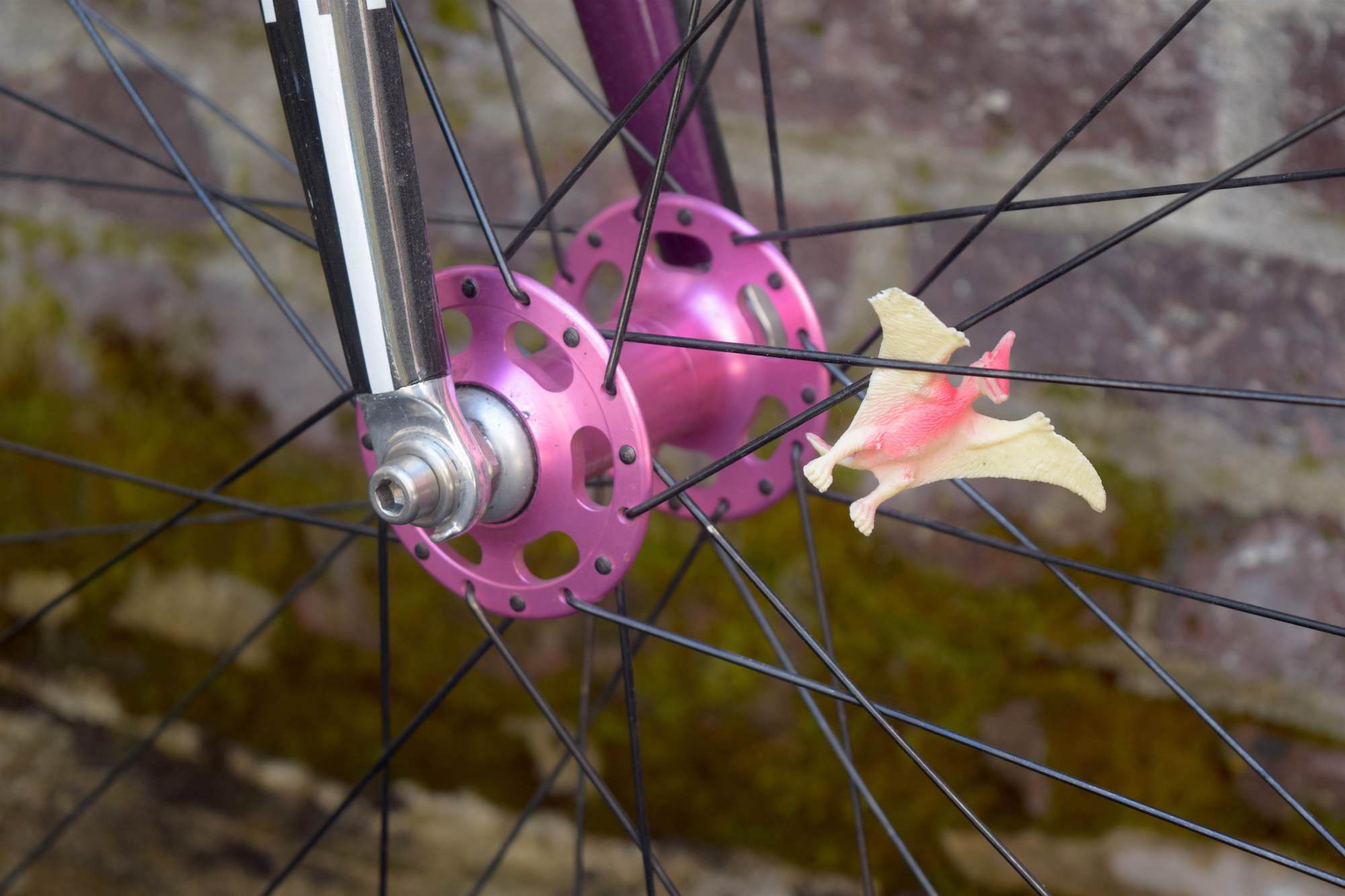 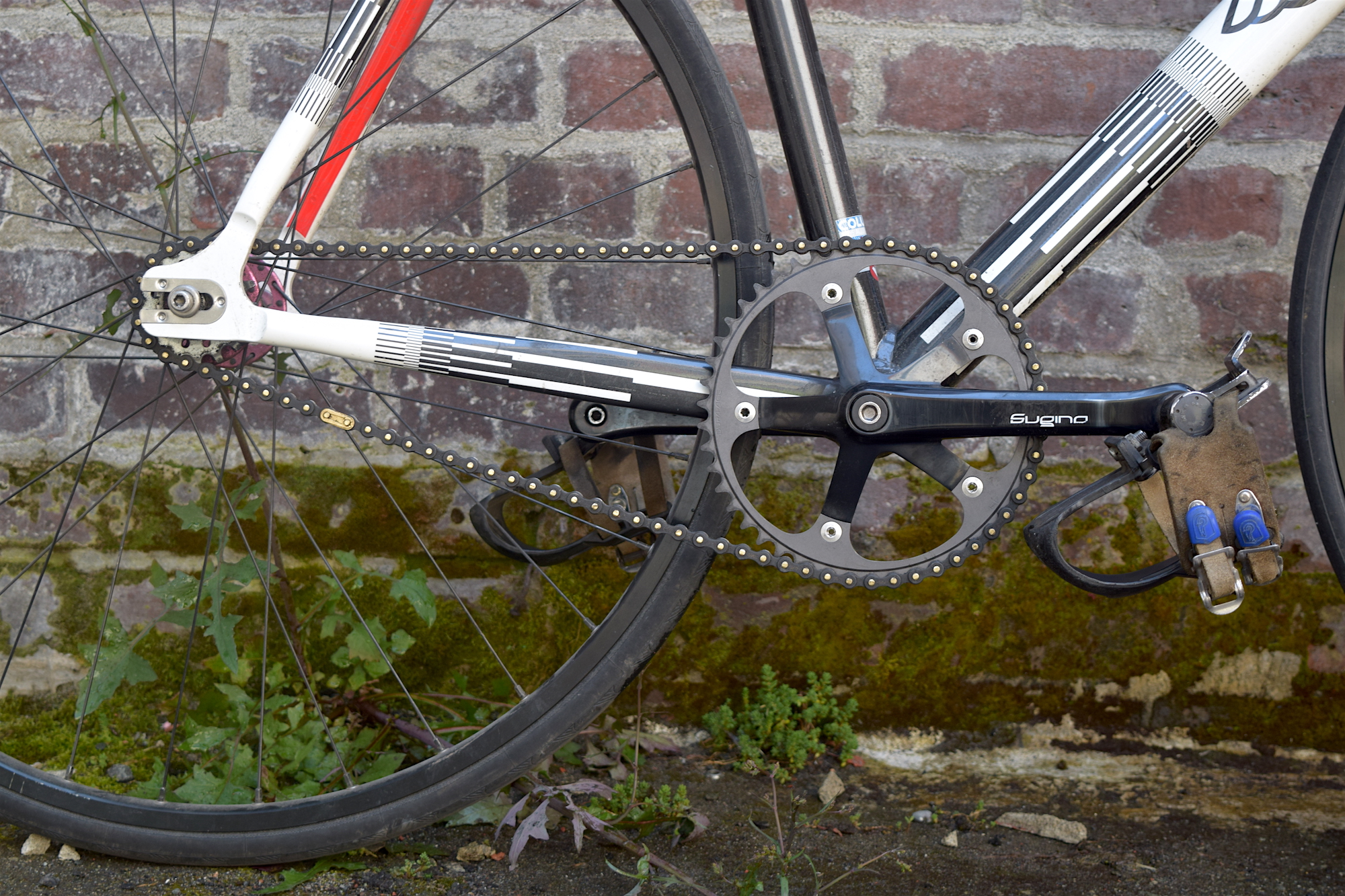